October 2015 Pisces Horoscope predicts the importance of communication skills and the need to collaborate with others in order to become successful in life.

There is no point in being independent and adamant while pursuing your objectives. Others have better ideas, so seek their assistance.

Most of the planets are in the Northern half of your birth chart, Pisces. Career and personal growth will be difficult in the beginning of the month due to the Mercury retrograde. Home and emotional matters can be attended to later on in October 2015.

The Pisces October 2015 astrology predictions foretell that your career is progressing wonderfully and you will start enjoying your work. Travel for business or professional reasons are predicted. You have to socialize with colleagues and partners to improve your career or business prospects.

There will be enough money to clear debts. You will attract capital for your new projects. Financial intuition improves remarkably this month. 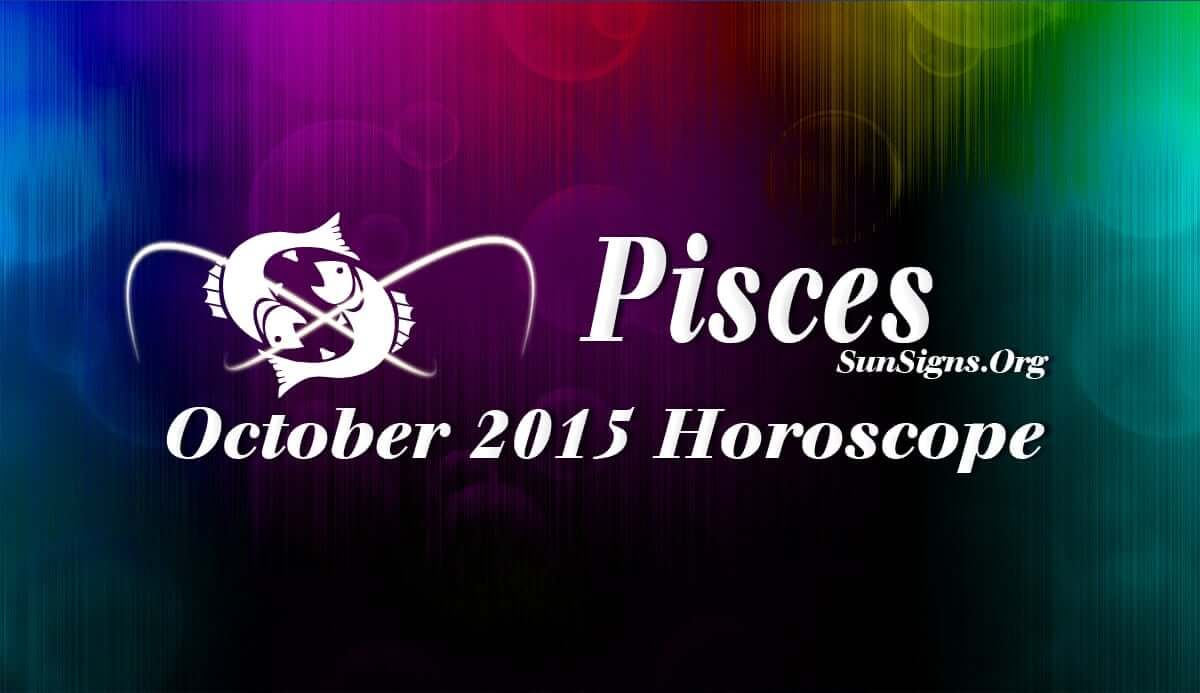 The October 2015 Pisces horoscope predicts that love will be wonderful this month. You have the support of your elders in your efforts to form romantic relationships.

Dating is a good option to meet new people. But be sure not to let your partner’s bad habits spoil you. Pregnant women will need to be extra careful this month.

Health will be excellent after the first week of the month for the Pisceans. Your intuition is working wonders and your psychic abilities can prove to be very helpful.

You can call it your good Karma, but be sure to help others with this inborn ability.  Enhance your health by resorting to meditation techniques for physical well-being.