Cancer October 2015 Horoscope requires you to concentrate on home and personal issues and remove focus from your career for the time being. This is a month when you will need to work in tandem with others. Only hard work will not be of much help.

Things might also be worse in the beginning of the month due to the presence of Mercury Retrograde in 2015. But you will definitely make a lot of easy money! This is an excellent month to strengthen your psychic abilities.

The October 2015 Cancer astrology predictions forecast that career growth will improve drastically after 23rd of the month. You will have a harmonious relationship with colleagues at the work place. Business will be stable and profitable.

Finances are excellent this month for the Cancerians. Speculative investments will be profitable. Money comes easily and you will have the support of family members in achieving your fiscal objectives. Restrict your spending and save for the future in October 2015. 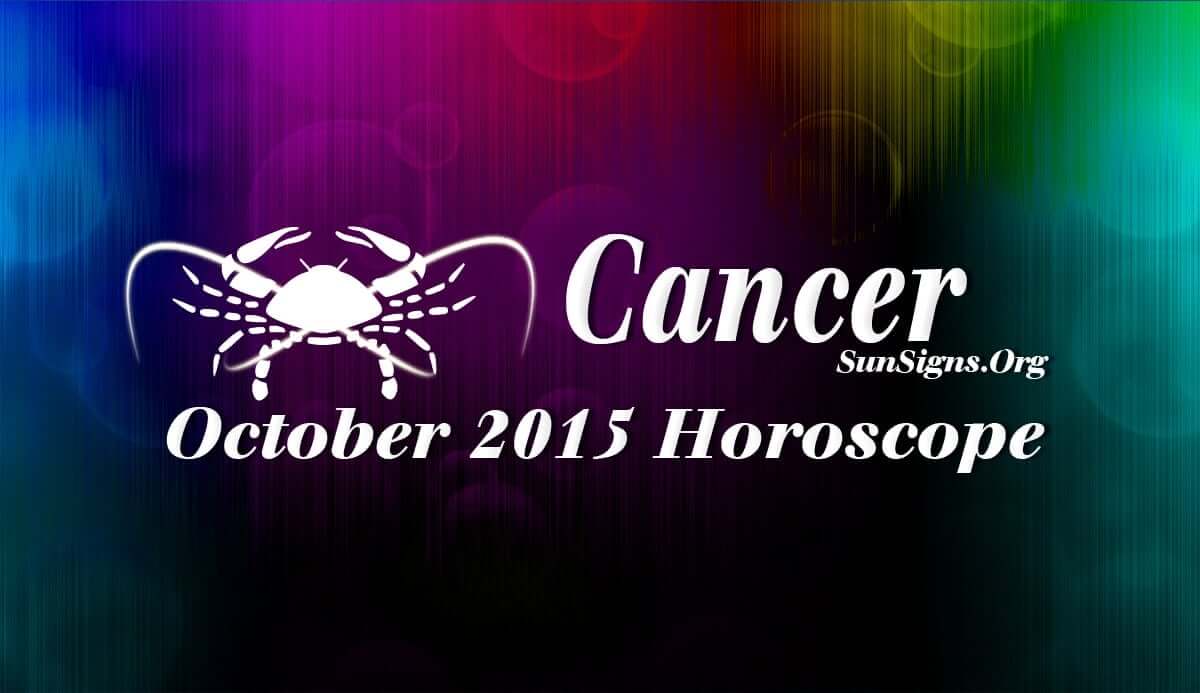 Love will not be a serious issue for single Crabs this month. However the month is ideal for enjoying yourself with your soul mate. All major decisions regarding marriage and pregnancy should be postponed till November 2015.

There will be some misunderstandings in the family which will be resolved after 23rd. You can indulge in renovation or modification of your house based on Feng Shui. Family life will see plenty of partying and fun activities. Children may have health problems.

The October 2015 Cancer horoscope forecasts that health is fragile this month and should be attended to promptly. It will be better after the third week of the month. Common seasonal ailments like cold, cough, sneezing and sore throat will prove to be a little troublesome.