November 2015 Pisces Horoscope predictions suggest that career and professional matters dominate over home and inner psyche during the month of November 2015. This is due to the fact that planetary strength is in the Northern half of your horoscope.

Pisceans will be struggling between self-will and collaboration with others as planets are changing over to the East from the West. Change will be complete by 22nd. Till that time there will be a dilemma as to follow your path or listen to others. You can become independent after that and dictate your future.

Career will be wonderful during November 2015 for the Pisces zodiac sign with remarkable progress being made. There will be financial benefits and improvement of official status.

All this will be possible if you are diligent and focused. Lunar eclipses like the Mercury Retrograde will bring major transformations in the organization as well as in your business.

November 2015 monthly Pisces astrology forecasts predict that money will come from heaven and from unexpected sources. Planetary patterns are beneficial and you will have to do strange things to earn money, and some of them may not be fully legal. 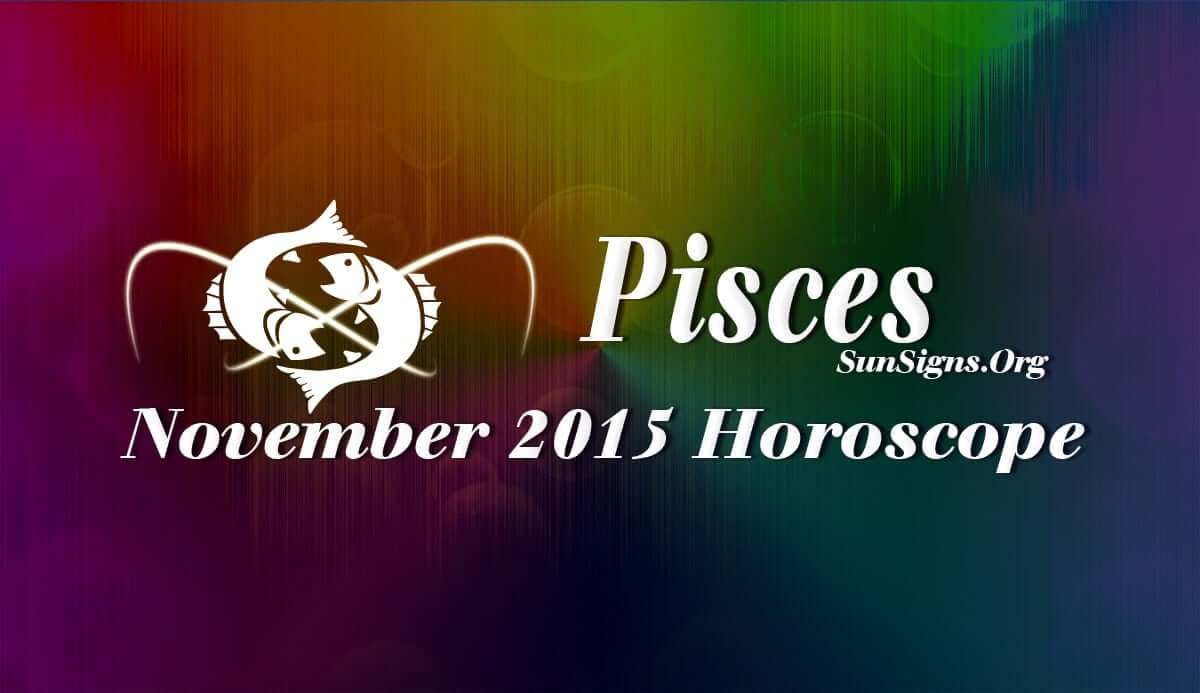 Many opportunities for forming new love relationships exist during the month for the Fishes. Current alliances will face temporary turbulence in November 2015.

If you persist, they will become serious and survive. Situation will be better after the third week. Here are a five secrets of happy couples. Pregnancy and kids might test your patience.

The November 2015 Pisces horoscope predicts that you have to pay some attention to your well-being after the third week of the month. Work smartly and eliminate unnecessary tension. Sufficient sleep is the key to being fit. Learn how to use crystals for relaxation.