March 2015 Taurus Horoscope forecasts that your focus will be on career and profession this month. Domestic concerns can be in the back ground for the time being.

Hence it will be your way all the time. There is no need to be governed by situations and other people. This is the time to be aggressive and move forward. You will be involved in charitable activities in March 2015. You will part with large sums as donations.

This month you will accomplish your targets at break neck speed because the planetary aspects are in favor of the Bulls.

Changes in career are indicated in the March 2015 Taurus horoscope. Everything will go your way both in job and business. You will be supported by your social circle to accomplish these changes. Businessmen will have to deal with monetary problems with their partners. Read more about this in the 2015 horoscope predictions.

Earnings will be excellent throughout the month for the Taurus zodiac sign. Expenses will be more than normal. But money will keep coming in. 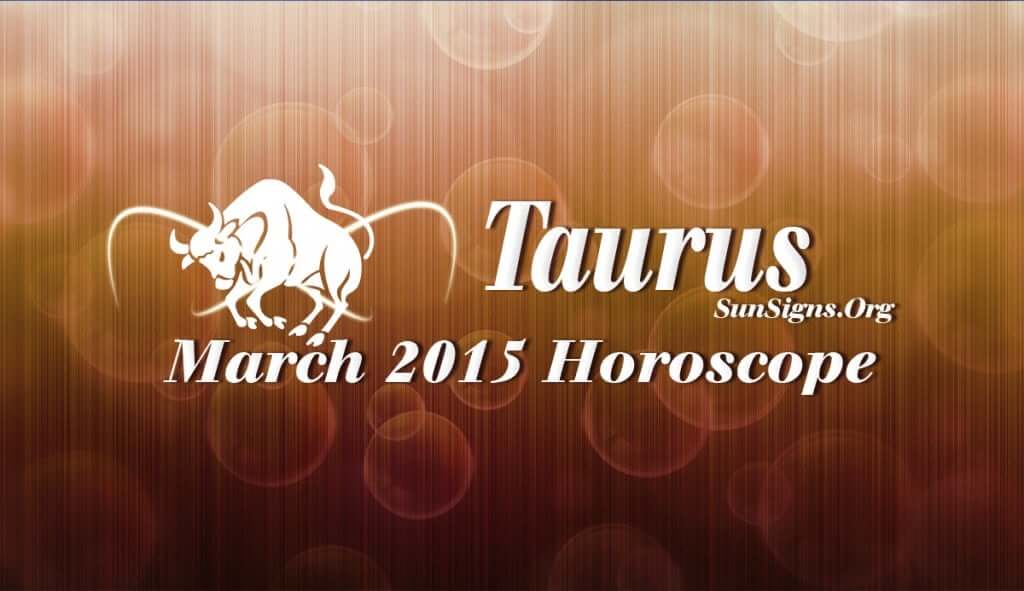 The 2015 Taurus love sex horoscope predicts that here may be conflicts in existing relationships. Stronger ones will survive and grow while weaker ones will fail. Dating online might be a good option.

Turbulence is expected in relations with your spouse and family members. Children and pregnancy are not the cards for Taureans in March 2015.

The Taurus horoscope for March 2015 predicts a drastic improvement in health compared to previous months. You will be physically fit and energetic.