Capricorn March 2015 Horoscope foretells that domestic and spiritual issues dominate over career and personal goals. Planetary strength is in the lower half of your chart towards the nadir.

Planets are equally stationed in the Eastern and Western halves of the horoscope in March 2015 for the Capricorn zodiac sign. You have to find equilibrium between your self-esteem and communication skills. Sometimes you have to assert yourself while you have to take along others with you for attaining your goals.

The career forecasts for March 2015 predict that businessmen should concentrate on marketing their products with better communication and sales promotion. You should plan your career objectives during the month and execute them later.

The Capricorn horoscope for March 2015 forecasts that your monetary situation will be profitable and you will get money from various sources during the month. Speculation will be beneficial and your quest for fiscal creativity continues. Also find out more from the corresponding 2015 Chinese zodiac predictions. 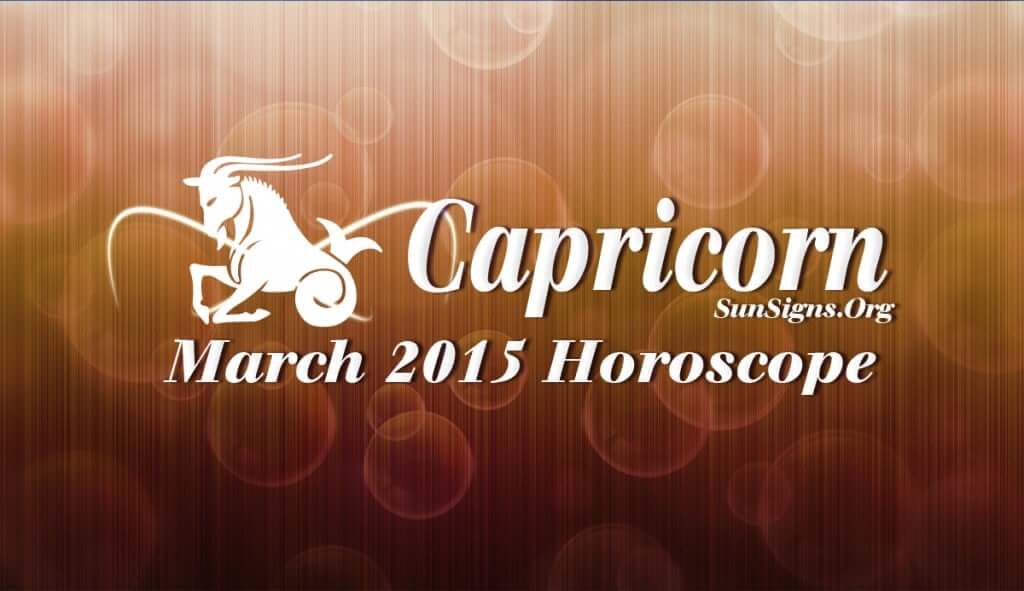 When it comes to love, nothing much happens in the romantic lives of singles. People in unhappy relationships will have to deal with a divorce. This is also not a good time to plan for a child.

Your focus will be on the well-being of the family during the month. All negative energy can be removed by resorting to clearance of unnecessary junk lying around the house. You can renovate and redecorate your residence during the month.

The Capricorn March 2015 horoscope predicts that your health will not pose any serious conflicts. More rest is necessary after 20th. You should use your excessive energy for achieving excellence in sports. Home remedies for stress can provide much needed relief.