Virgo June 2017 Horoscope forecasts that the House of Career is more powerful than the House of Family. For the time being, domestic problems and emotional challenges can be in the background. Career should be more in focus for the Virgo zodiac sign in June 2017.

The 2017 monthly forecasts suggest that Virgo will have the liberty to formulate their goals and follow it up with courage and conviction. There is no need for using your social charm or for adapting yourself to the situations.

You have the strength to overcome all obstructions to progress. However it makes sense for the Virgo personality to be congenial with others and get things done smoothly in June 2017. 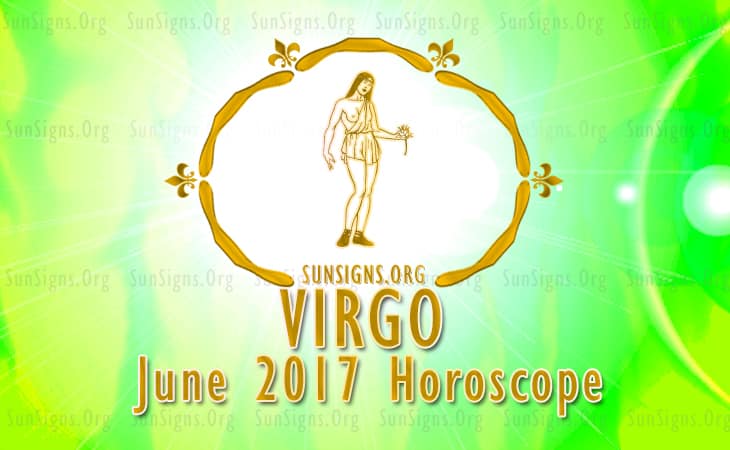 The 2017 horoscope for the Virgo born predicts that professionally there will be prosperity and you are making great progress. You are moving slowly and steadily towards your career objectives. Planetary positions are favorable for taking the right decisions for business advancement in June 2017.

Career development for the Virgins in the June month of 2017 can be furthered by making new social contacts, by socializing and by meeting influential people. Spirituality guides can also improve your career prospects by giving good advice and suggestions.

The June 2017 astrology for Virgo foretells that finances are mainly based on the progress you make in your career. Pay rises and change of status will bring with them monetary rewards. Virgo businessmen will be able to prosper monetarily because of their past standing and business acumen.

Presence of planet Mars in your House of Money after the 19th of June 2017 will bring more dynamism and certainty to the Virgo zodiac natives’ fiscal decisions. You are liable to take risks in your ventures. You should concentrate on reducing liabilities and bringing down costs in June 2017.

The love 2017 horoscope predicts that the love planets Neptune and Uranus are retrograde this month in June 2017 for the Virgo born. Hence prospects of new love relationships will dwindle. Life with your love mate might be on the cooler side. Both of you are reconsidering the continuance of the present alliance and having a child under such circumstances would be a disaster.

Single Virgo might fall in love in June 2017. However these are for fun and entertainment, and commitment is lacking in this kind of Virgo compatibility.

The Virgo health will be problematic till the 21st of June 2017. This is a good period for reducing your weight by exercise and diet. Sportsmen will do well this month. Here are a few tips to have a flat tummy and weight loss tips using Ayurveda.

The June 2017 Virgo horoscope predicts a period of abundance and good luck with lots of opportunities for romance and new relationships.