June 2015 Pisces Horoscope forecasts that flexibility and social assistance are necessary to attain your goals as the planetary power is moving to the Western part of the horoscope. This is imperative but you have to overcome the influence of Mars which is shifting into your sign this month. Mars will increase your vitality and aggression which is in direct contrast to the influence of other planets.

In June 2015, domestic affairs and understanding of inner self-will be of importance. You can easily achieve your goals in these areas as planetary forces are in your favor.

The Pisces career horoscope for May 2015 foretells that the job environment will be highly stressful because of heavy work load. You may be considering a change of job to a more peaceful place. People who have their own business will face a lot of pressure from both clients and vendors.

The financial prospects for the Pisces zodiac sign will become stronger after 21st of this month. You will be dynamic in your approach to money matters and will diversify into various methods of creating wealth. You will take control of your finances and direct the operations in your own way. 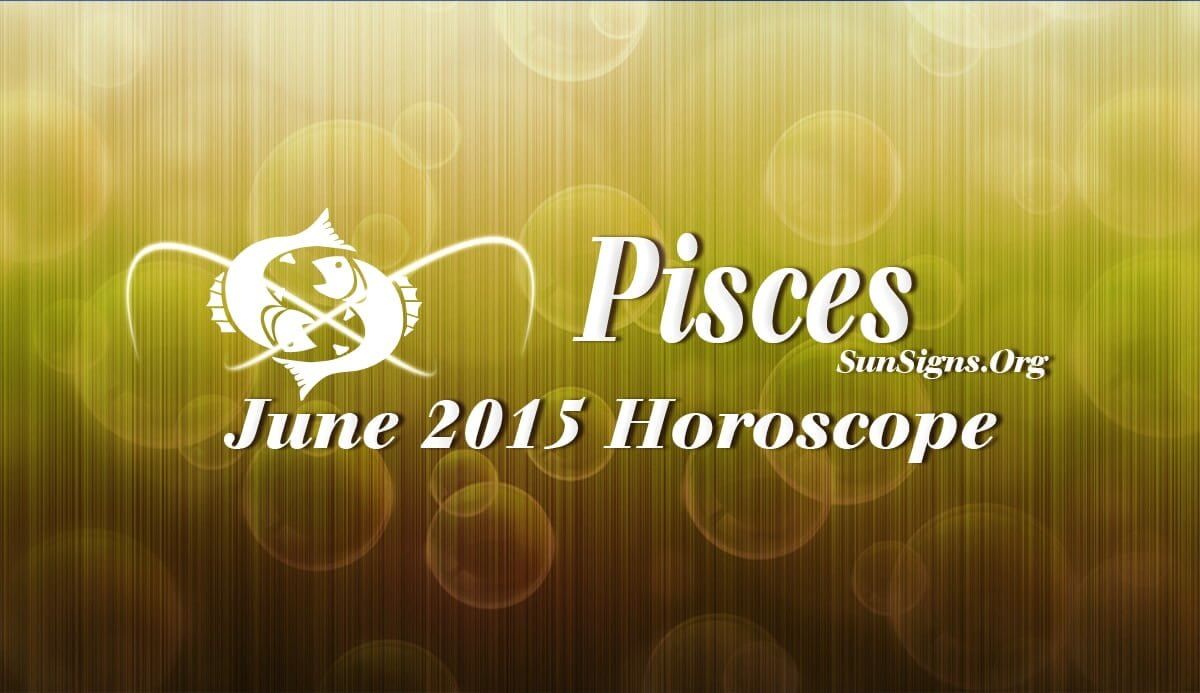 The Pisces May 2015 love horoscope forecasts that passion between couples will be mind-blowing during June 2015. There may be misunderstanding between couples on money matters.

Singles might realize that their best friend hates their dates. Children will have to face major changes in life such as getting married or moving to another job. There may be news of birth of a child in the family.

The 2015 May Pisces astrology predictions warn that health should be on your priority list this month. Relax as much as possible and avoid stress related to work. Try simple home remedies to manage your high blood pressure.

You should remain stable emotionally by resorting to meditation and spiritual healing. This will improve your physical fitness automatically.