The Taurus July 2015 Horoscope predicts that during the month domestic and emotional affairs will take precedence over professional matters. Taureans will be mentally vulnerable and unable to make important decisions with their usual logic.

This is a transition period as planets are shifting to the Western sector of your birth chart during the month. You have to keep a fine equilibrium between personal efforts and social skills.

Sometimes you may have to use your determination to get things done and during other times you should depend on others. Taurus people have to alternate between flexibility and rigidity in their dealings in July 2015.

Career issues are on the back burner during July 2015 for the Taurus zodiac sign. You can use this time to formulate you strategies for the future. Action on these plans can wait for the present.

Job changes require proper scrutiny. Change of status and monetary rewards are likely in the present assignment. Business deals might go through after some initial difficulty. Also take a look at your 2015 Chinese horoscope for more predictions.

July 2015 promises to be an excellent month for Taurus earnings unlike June 2015. Money will come from marketing and trading activities. Your fiscal judgment will be sound and you can start new projects. Family members will help you in your financial objectives. Speculation will be profitable and yield a lot of money. 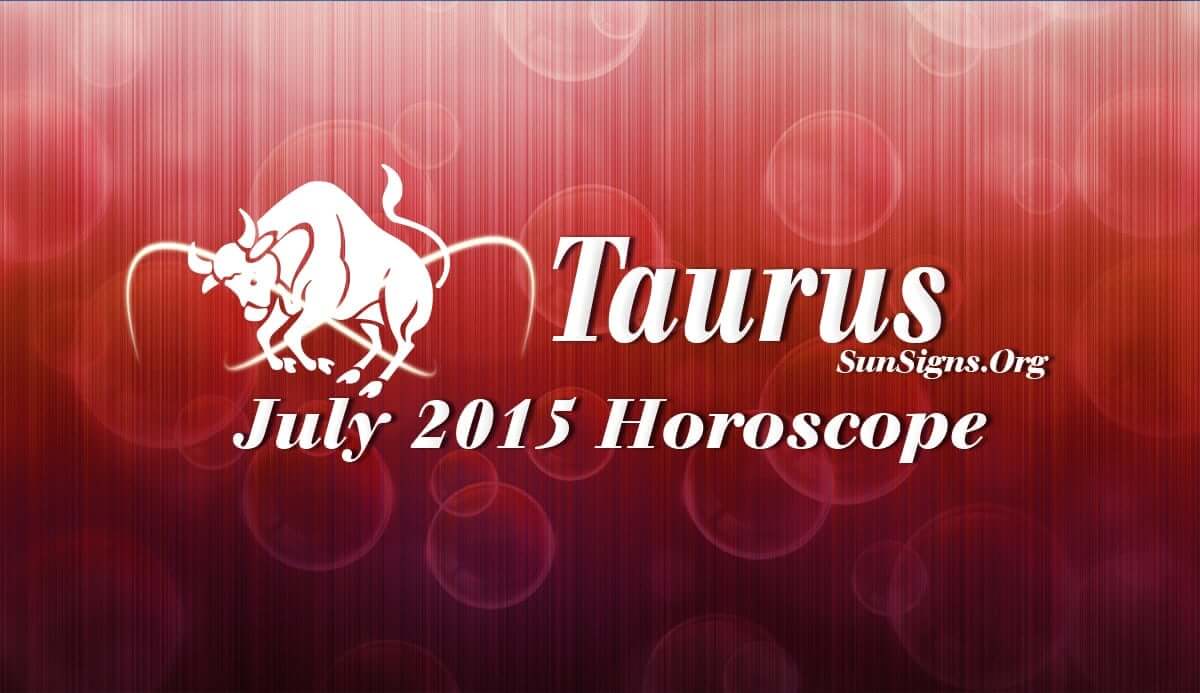 The Taurus July 2015 monthly astrology forecasts warn you not to expect any major romantic affairs during the month.

Disagreements with your spouse on financial matters are forecast for the month of July 2015. These will get resolved by end of the month and the result will be positive for your finances. Relations with siblings will improve for the Bulls this month.

The Taurus horoscope for July 2015 forecasts that health will be fabulous till the last week of the month. Take enough breaks after that. Emotional happiness should be improved by indulging in creative activities. Mentally ill people should keep dementia at bay by being active.