January 2015 Pisces Horoscope foretells that career and profession will take precedence over family and domestic issues for the Pisceans. However you cannot ignore family matters completely.

Planetary positions in your natal chart will force you to use your determination and will power to accomplish your goals in life during the month. There is no need to be flexible and adapt yourself to the wishes of others.

There is only one way and that is your way! Pisces, work hard to get what you want and you will get it even without the support of other people in January 2015.

The monthly Pisces career forecasts for January 2015 predict that there will be stiff competition at the work place and you can achieve your targets by sincere and hard work. The attitude of your partners and bosses will be encouraging.

Pisces January 2015 Horoscope forecasts a happy and powerful monetary position during the month. Latter half of the month will bring in money through increments and bonuses from your job.

You can look forward to financial in-flow from your overseas projects. You can also take a look at the February 2015 horoscopes for the 12 star signs. 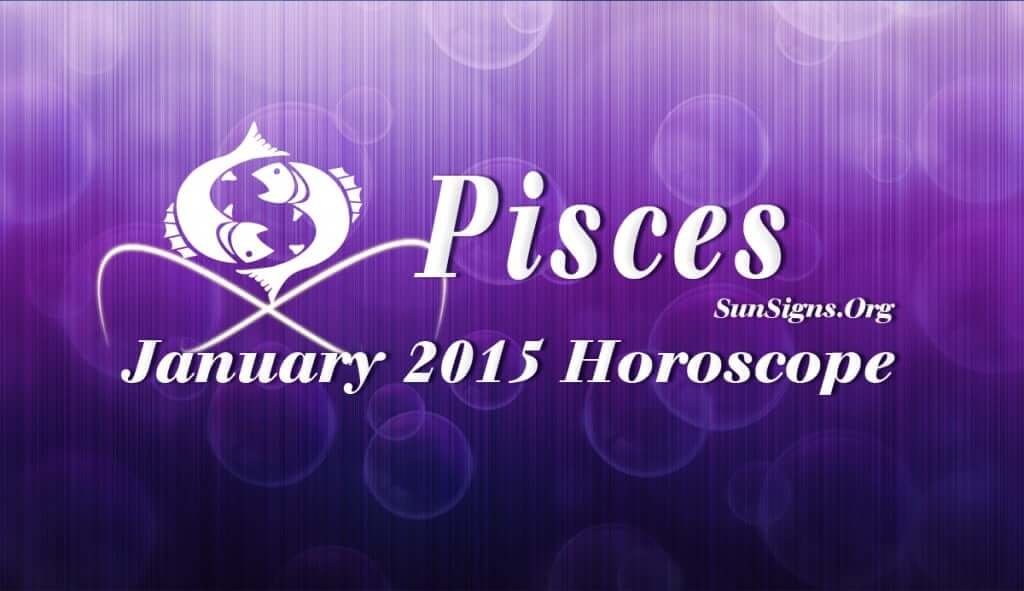 Love for singles is to be found in social get-togethers in January 2015. However it might be just a fling and nothing serious. It would be better if you do not commit yourself to permanent relationships during the month.

Family members will be supportive of your ambitions in life. Affairs of home and family might need to be in the background for the time being. Wait till the next month if you are trying to get pregnant.

Health will be tricky during the second half of January 2015 for the Pisces zodiac sign. Attend to important health problems and take adequate rest.