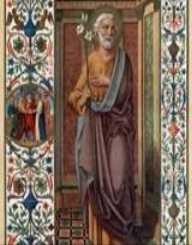 Joseph is the father of Jesus Christ and the wife of the Virgin Mary. The church venerated him as St. Joseph, and his other name is Joseph the Carpenter. Several churches including, Catholic, Anglican, and Methodist, recognize him as a Saint.

He hailed from Nazareth, a small village in Galilee. Nazareth was approximately 65 kilometers away from Jerusalem.

People accepted that Joseph was a carpenter. The Greek word is "tekton," which means carpenter, although it can also mean "technology". Tekton indicates an artisan, not necessarily a woodworker.

People believe he was a carpenter, and there is also a description of Jesus being a carpenter before his calling. Most importantly, "carpenter" in the Jewish Talmud can also signify a sage, learned in the Torah.

The gospels of Matthew and Luke both mention Joseph. They each give a different genealogy of Jesus. Scholars accept that Matthew provides the lineage of Joseph from the royal house of Solomon. In contrast, Luke shows the genealogy going back to Nathan, which is the line of Mary.

The gospels describe Joseph and his wife, Mary, traveling to Nazareth. They did so in order to participate in the census that was taking place. They give birth to Jesus in Bethlehem.

When Jesus began his ministry, there was no mention of Joseph. His mother Mary was a widow, and when Jesus died, Joseph of Arimathea took care of him. If Joseph were alive, he would have taken care of his son's body.

Jesus entrusted John the Baptist to take care of his mother. This is another clue that Joseph was not alive at the time Jesus's death.

St. Joseph is the patron saint of many countries and cities. These include Peru, Mexico, Austria, Vietnam, and many others.

There are many monasteries and churches dedicated to St. Joseph the world over.

In 1650, the order of the Sisters of St. Joseph was established. Another order called the Josephite Fathers, was formed by the Roman Catholic Church in 1871.