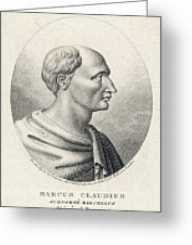 Roman General Marcus Claudius Marcellus was born in 268 BCE near Venusia, Apulia (present-day Venosa, Italy). He assumed significance for his role in the Gallic War held during 225 B.C. and also in the Second Punic War. He served the post of the Consul of the Roman Republic for five terms. During his illustrious military career, he earned the award called Spolia Opima (Spoils of Honour).

This award is the most distinguished award usually conferred to a Roman General. He made himself eligible for the award by his heroic efforts at the Battle of Clastidium held in 222 BCE. His exploits in the battle also include the killing of the Gallic military leader King Viridomarus in a direct one-on-one, hand-to-hand combat. The invasion of the fortified city of Syracuse after a prolonged blockade is another high point of his distinguished military career.

History does not have any records about the childhood and early life of Marcus Claudius Marcellus. He began to serve the Roman Army quite early in his life. He impressed his superiors with his level of expertise in warfare. They were also very much in awe after having noticed his courage.

Subsequently, his splendid service earned him the position of curule aedile in the Roman Republic in 226 BCE. This was his first step towards the ladder of a successful political career. Around the same time, he received the position of an augur.

Augur is a priest and official in the traditional Roman world. By the age of late 30s, he made a name for himself as a renowned soldier and also as a distinguished public official. He concluded his early career with a high and rose to greater heights when in 222 B.C, he became the Consul of the Roman Republic.

Marcus Claudius Marcellus participated in the first Punic War as an ordinary soldier. In 225 BCE, Gauls of Northern Italy attacked Rome, thereby marking the beginning of a four-year-long Gallic War. In the final year of the battle, Marcellus became the Consul of the Roman Republic. It was the supreme military position as well as the highest political office in ancient Rome.

After that, he consolidated the Roman position by not only driving out the Insubrians but also refusing to accept any peace negotiations with them.

In a final show of strength, the Roman Army, under the command of Marcellus, confronted a 10,000 strong army of the Gauls and its allies. Both sides fought a pitched battle at the battlefield of Clastidium, a renowned Roman stronghold. Marcellus killed Gallic leader King Viridomarus single-handedly.

This hand-to-hand combat got his name in golden letters in the war history of the world. The act of killing the king in single battle earned him the most prestigious award, the Spolia Opima; a Roman General could receive in those days.

Marcus Claudius Marcellus was not in the limelight for a few years immediately after the conclusion of the Gallic War. The second Punic War began around 219 BCE. This war saw the re-emergence of Marcellus in vital capacity both in the military and political aspect.

Romans were handed down one of their worst defeats in the Battle of Cannae on August 2, 216 BCE, in Apulia, Southeast Italy. The army of Carthage under their charismatic leader Hannibal comprehensively defeated the more massive army of the Roman Republic after surrounding them from all sides.

During that time, Marcus Claudius Marcellus was preparing to leave for Sicily along with the army under his command. The Roman military was smarting under the humiliating defeat inflicted by the Hannibal of Carthage. Hence, the Roman Senate ordered to send 1500 of Marcellus’s men for the protection of the city of Rome. Marcellus along with his army and the surviving troupe from the Battle of Cannae advanced towards southern Italy.

There they put up some resistance against the rampaging army of Hannibal. The first resistance Hannibal faced was from Marcellus when the latter successfully thwarted all attempts of the former to capture the city of Nola and the southern Compania.

In his third tenure as the Consul of the Roman Republic, Marcus Claudius Marcellus mostly served in Sicily. In his first year of serving Sicily, he stormed the city of Leontini. He killed 2000 Roman deserters hiding in Leontini and further moved to lay siege on Syracuse.

Upon successfully invading Leontini in 214 BCE, he laid siege on Syracuse for a prolonged time of two years. He conquered the well-guarded city after a two-year-long blockade from 213 to 211 BCE. During this prolonged siege, the famous mathematician, scientist, and inventor Archimedes was killed in an unfortunate incident.

Marcus Claudius Marcellus died in a battlefield immediately after a spear pierced his body. His death came in the year 208 BCE after he was elected Consul of the Roman Republic for the fifth time in the preceding year.