December 2015 Leo Horoscope forecasts that you can achieve your goals in life with the help of others. Most of the planets are in the Western half of the horoscope towards the ascendant sign. It is necessary for you to be flexible and use your social charm to get things done.

There will be plenty of fun and entertainment during December 2015 for the Leos. Here are a few tips to overcome your hangover! Domestic concerns are a priority over profession this month.

Leos, you have to be more industrious at the work place this month and produce necessary results. You enjoy your business and work is a breeze. Social contacts will help you progress on the work front, foretell your career predictions. Do not work so hard that, you become a victim of stress and anxiety. This will ultimately lead to a panic attack if you are not careful.

Finances are quite powerful in December 2015 for the Leo zodiac sign. Earnings come from profession or business. Businessmen are likely to face problems while dealing with workers. Large spending should be done before the second week of the month. 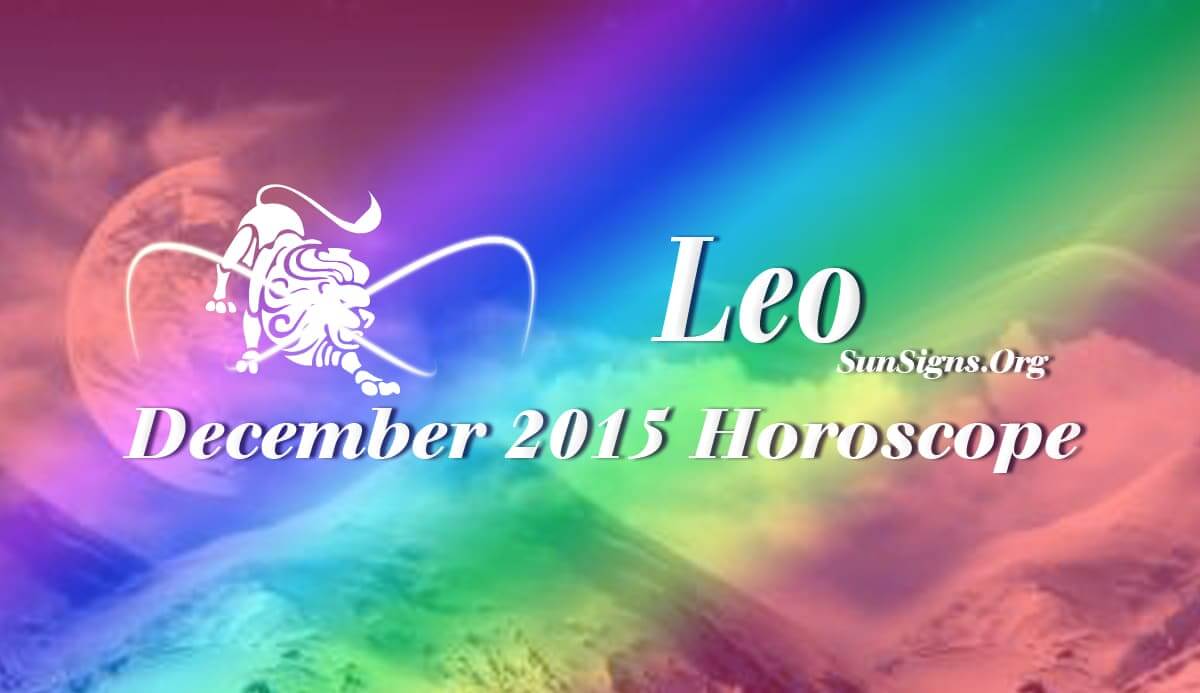 The December 2015 Leo horoscope forecasts, that spirituality and mysticism will rule your love affairs and family life. Romance is to be found while going out with socially powerful people. Make sure you are not dating a control freak!

Love will be blissful in this period and develops gradually. Relations between married couples will be exciting and can lead to pregnancy. Planet Uranus will make sure that you have a psychic connection with your lover.

Health is fabulous during December 2015 for the Lions. You will take special care of your fitness. Here are a few home remedies for stomach ache that can cause you some discomfort this month.