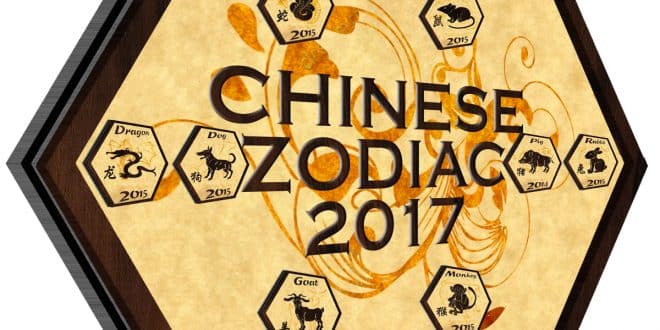 Chinese Horoscope 2017 For The 12 Animal Signs

Welcome to the Chinese horoscope 2017 from SunSigns.Org. Find out how the 12 zodiac signs will fare in the coming Chinese New Year. Get your 2017 Chinese zodiac predictions right here with just a click!

The Chinese New Year 2017 is the Year of the Red Fire Rooster. It starts from January 28th 2017 and extends up to February 15th 2018. This is the year when you will need to work hard and be patient in order to achieve your goals.

Another aspect of this is lunar New Year 2017 is whether it is a Yin year or a Yang year. This Year of the Rooster is ruled by the fire element and it is a Yin year. This is the time to be spent in solitude and harmony with friends and family.

The lunar New Year 2017 has its own lucky colors. If you use these auspicious colors in your daily life everything that you take interest in will turn out the way you want it to. In other words, it is like a good luck charm blessing you with abundance and prosperity.

As the element for the Chinese year 2017 is RED, do not use red in your clothes and accessories. Red colored stones like ruby, garnet and pink topaz too are better avoided. Instead, use colors that will complement the red and fire element. Earth colored items like brown or yellow are most suitable for all the 12 Chinese zodiac signs in 2017.

According to Chinese astrology, the Rooster years are known to be filled with integrity and efficiency. Hard work is the key to achieving success in this Chinese New Year. The Chinese New Year 2017 predictions suggest that this year can beneficial in your career and financial investments. But time your business ventures well if you want to take advantage of the most profitable periods. Also try alternative healing therapies to keep stress at bay so that you can use your potential to the maximum.

The 2017 Chinese horoscope also predicts that this is a good year for singles to get married. This Chinese zodiac rooster year 2017 is auspicious for marriage and relationships. If you are married you can plan for a pregnancy. Professional relationships too will turn out to be fruitful. Do not complicate things by over thinking and analyzing too much. And do not indulge in risky and shady dealings as they might seem tempting and profitable.

The next question that is on everyone’s mind is whether the 2017 Year of the Rooster will be lucky for me or not? Chinese astrology 2017 forecasts predict that this will turn out to be an excellent year for the Dragons. The Snake, Ox and Rooster will have a great year. The Rats and Tigers too will have a good year. The Sheep, Pigs and Monkeys will have a mix of good and bad happenings while the Rabbits, Horses and Dogs might face a few problems. But as long as you have the will power and focus to overcome all challenges, nothing can stop you from reaching your targets!

Now let’s take a look at the Feng Shui forecasts for 2017. Here are a few Feng Shui tips to make your year go smoothly. Purple and lavender colors will be lucky. Keep a positive frame of mind. Meditation will help you be calm and serene. Amethyst and topaz will bring you luck and success.

So what are you waiting for? Get Chinese 2017 horoscopes for love, career, wealth, health, travel, family right away. Also get 2017 Feng Shui forecasts for the 12 Chinese lunar signs. The detailed Chinese zodiac 2017 predictions for the Rat, Ox, Tiger, Rabbit, Dragon, Snake, Horse, Sheep, Monkey, Rooster, Dog and Pig signs can make you aware of your future. 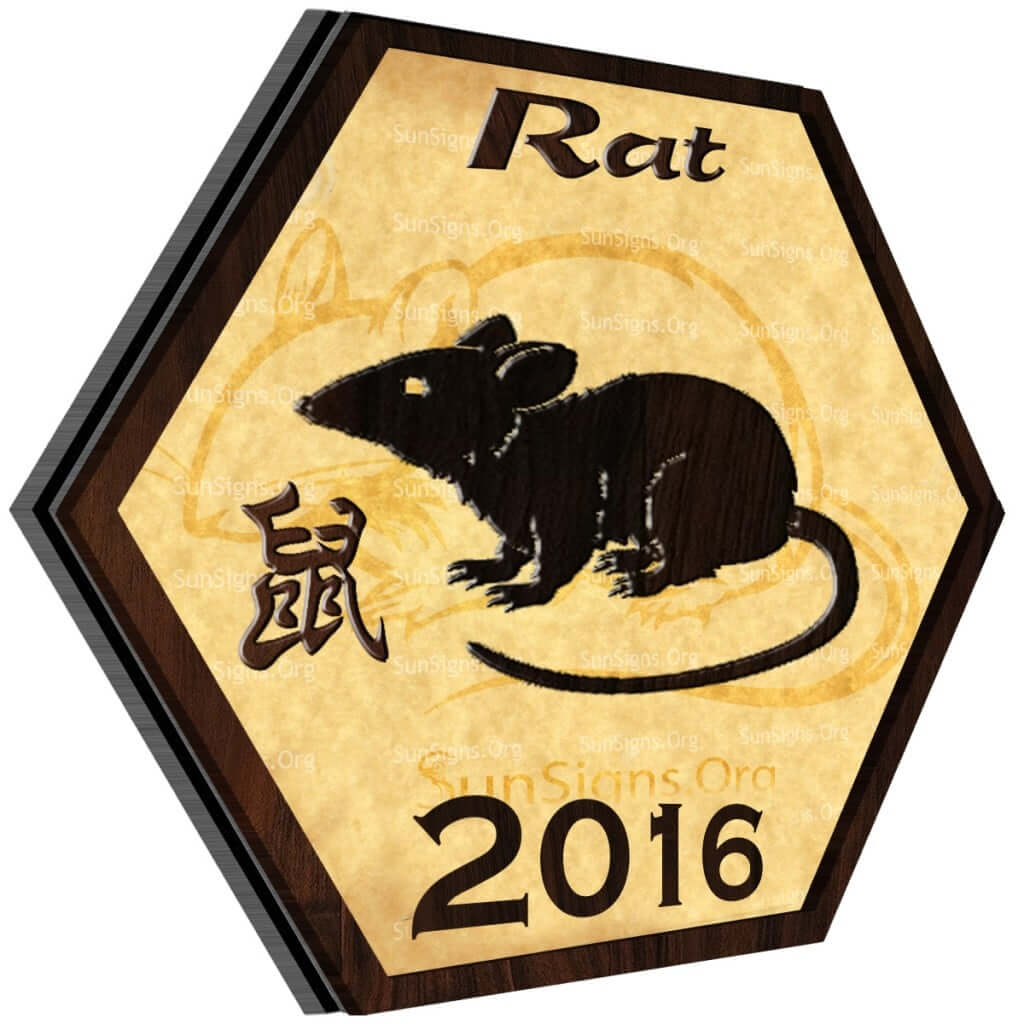 Chinese zodiac 2017 forecasts for the Rat sign predict good family relations and lot of social interaction. Career might take some time to move forward but do not be lazy as this will affect your progress. Sleep well and be relaxed at all times. 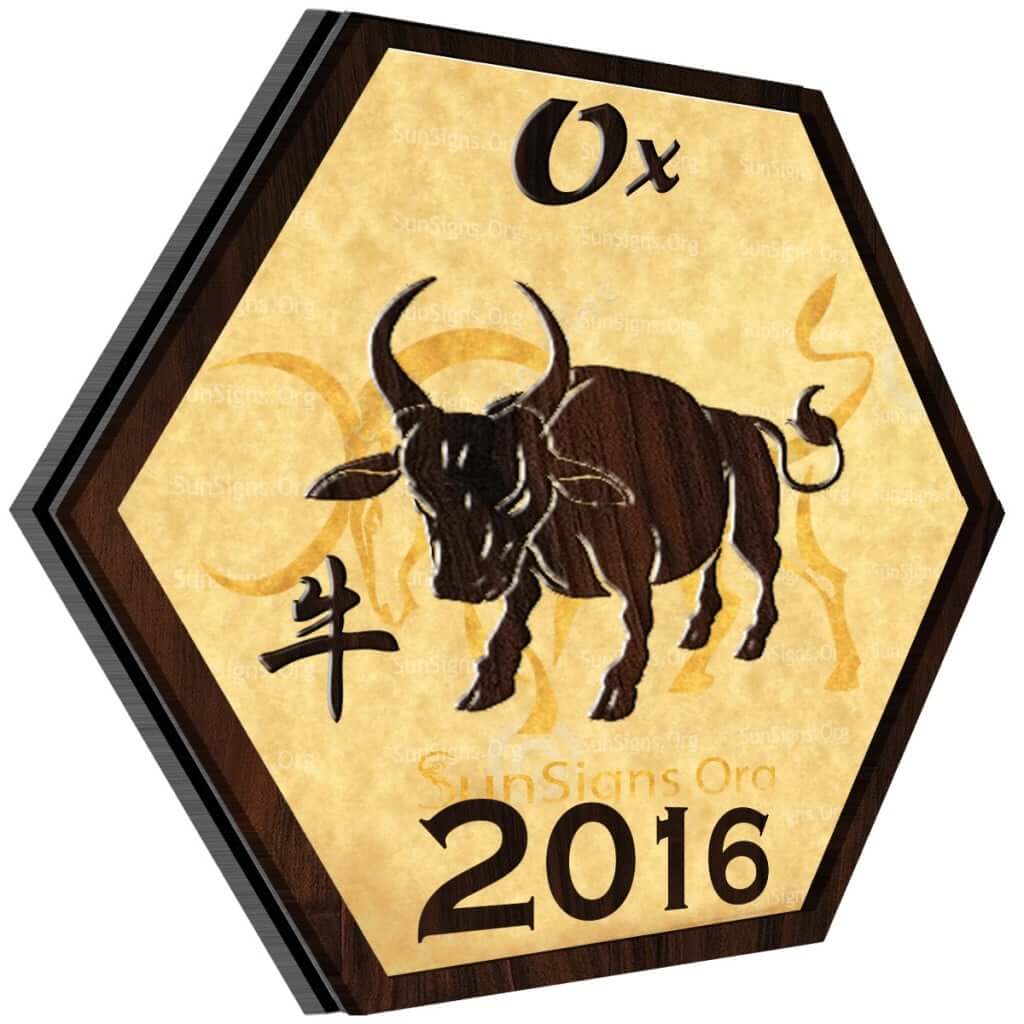 The year of the rooster 2017 predictions for the Ox is favorable. All your hard work will pay off. But be sure not to show off or become arrogant. Finances and health too will be stable. So start saving today for the rainy day! 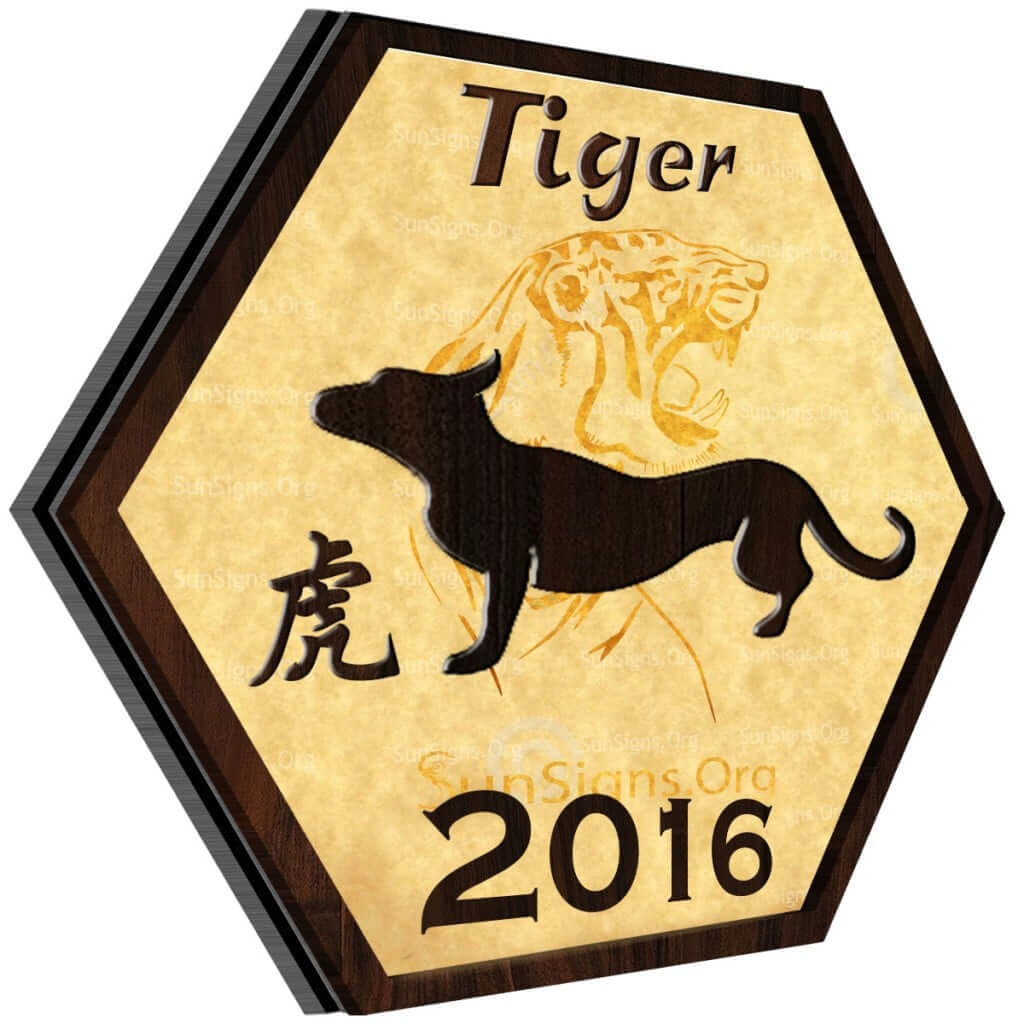 The Tiger sign which is the 3rd in the Chinese calendar will have an auspicious year. But be ready to get some news that might make your life go upside down. But don’t worry you will have enough support to overcome adversity. 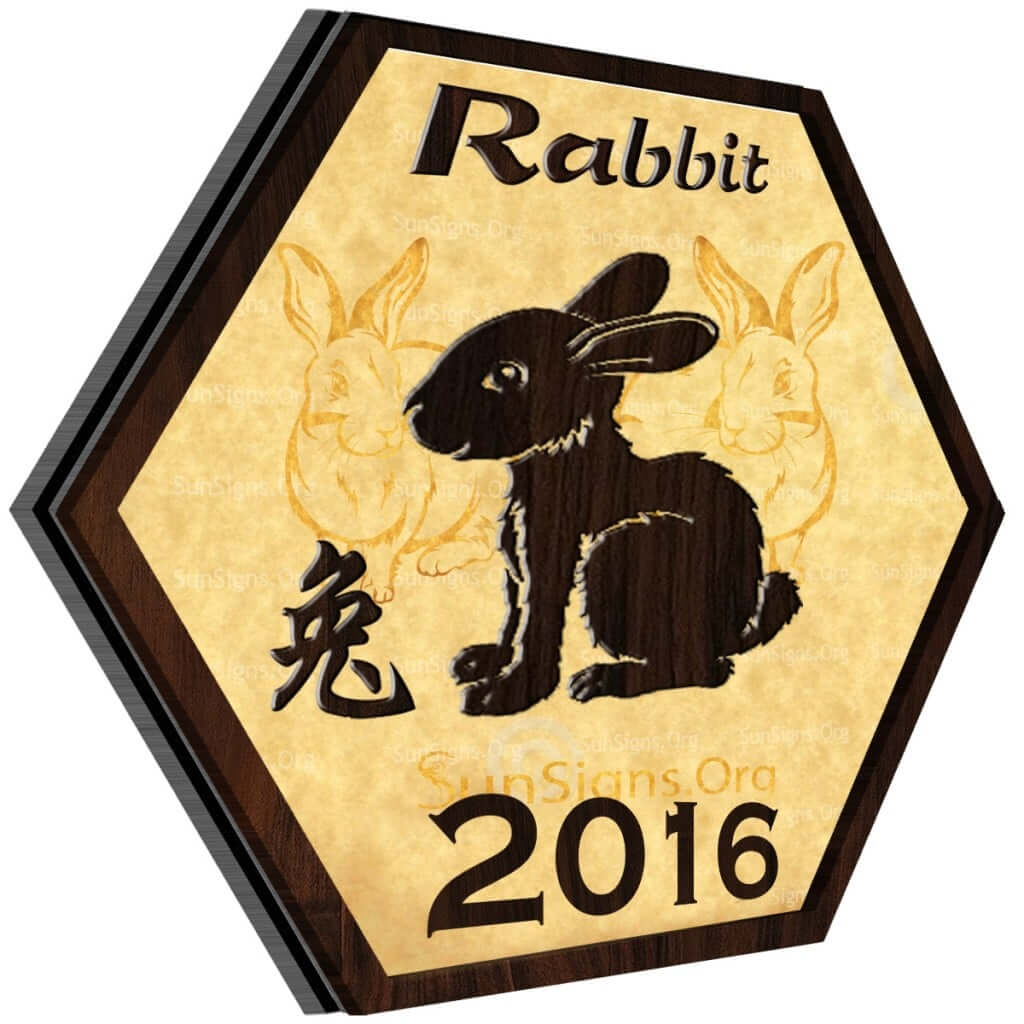 The 2017 Chinese yearly horoscope foretells that the Rabbits might feel a little shaken at times when they are not the ones in control. Think twice before making any kind of personal or professional commitment. 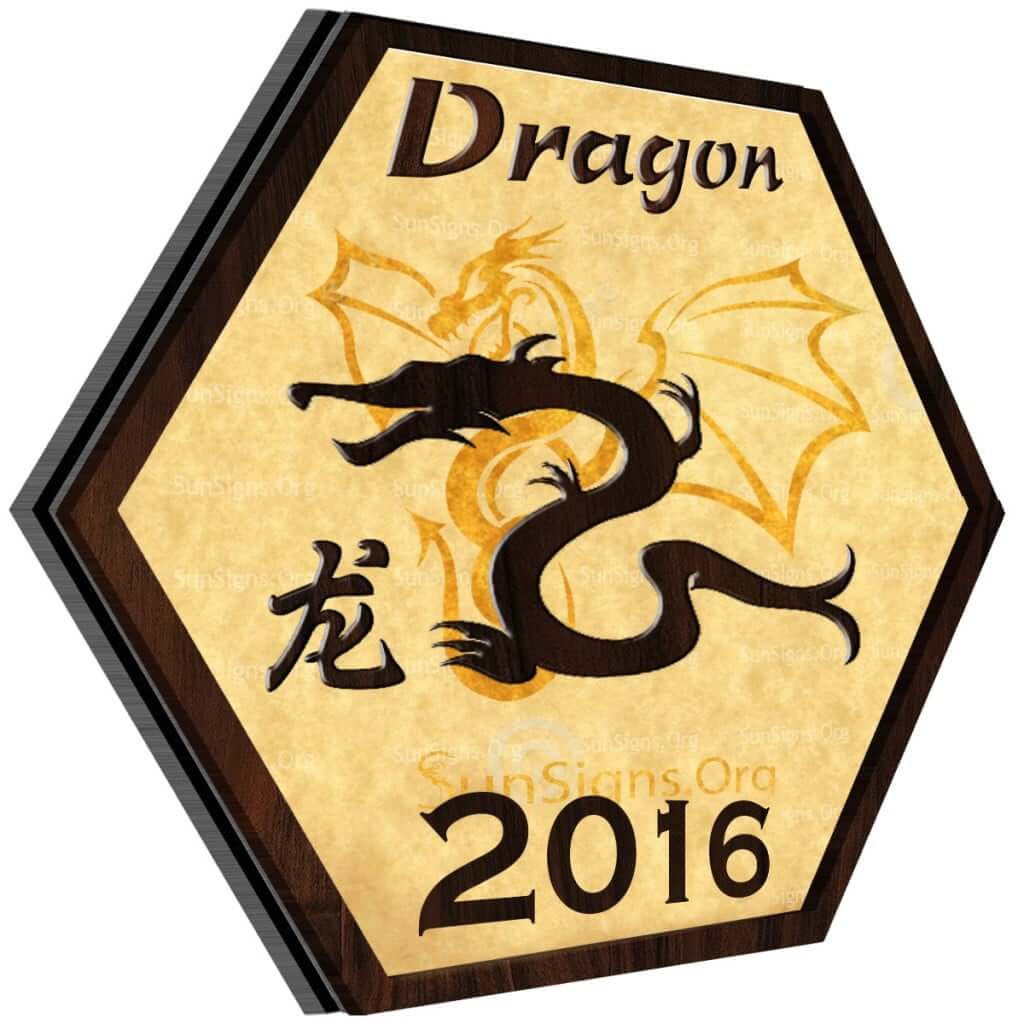 The highly ambitious Chinese zodiac Dragon will do well in this Rooster year 2017. The Chinese horoscope 2017 forecast shows that if you correct your strategies then there is no limit to your success. Think well before making any major decision. 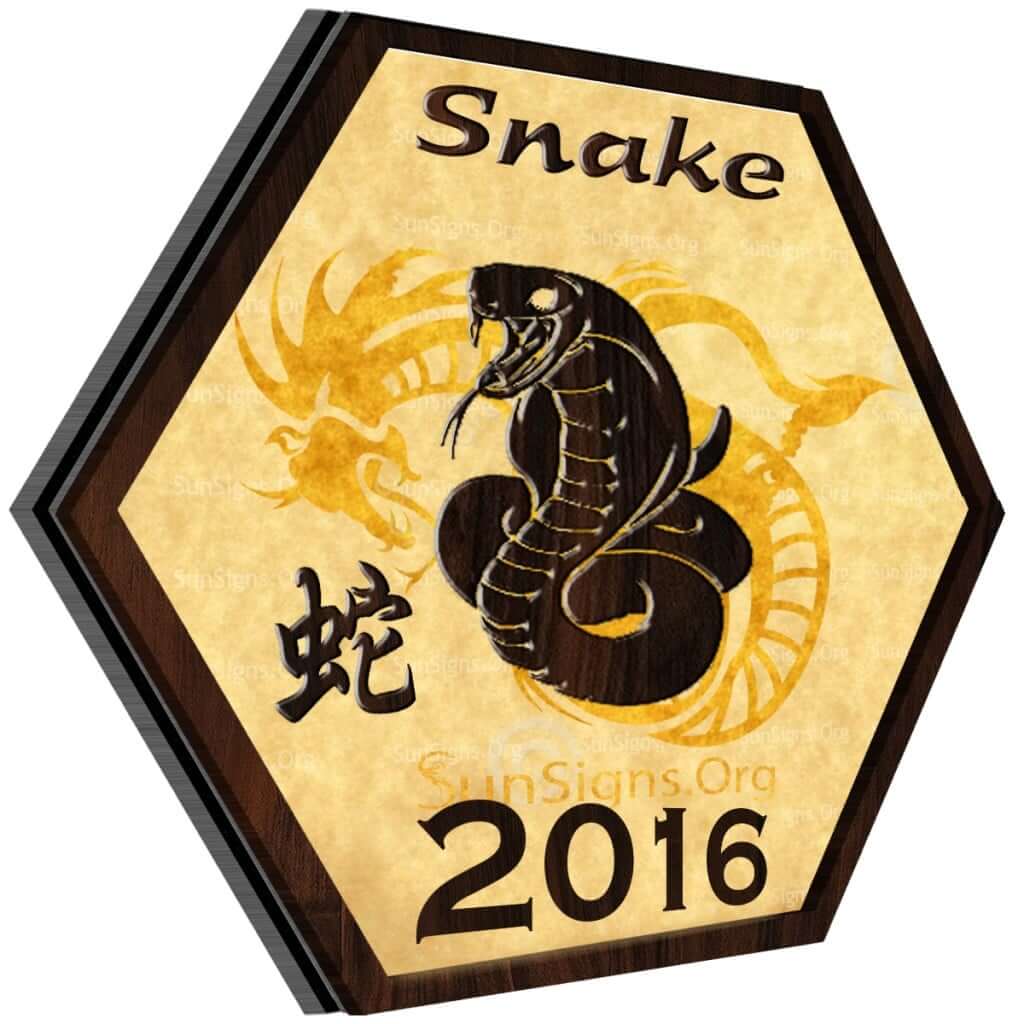 The Chinese horoscope for 2017 predicts a prosperous and successful year for the Snakes. Projects will turn out to be profitable. Relationships will be happy and joyful. You will save money for your future retirement. And you will enjoy eating Chinese food which is less spicy. 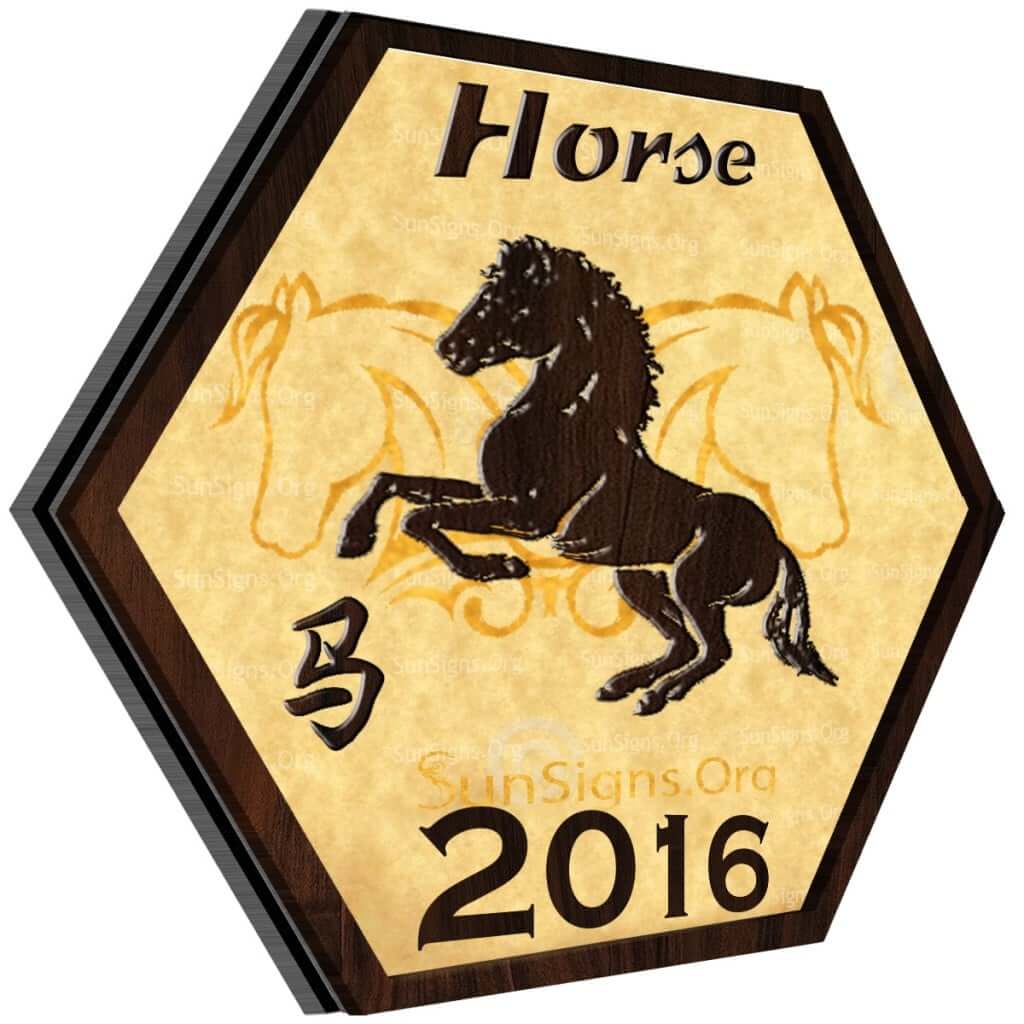 2017 will be the Chinese year for the Horses to work hard. This is not the time to sit back and relax. Nor sit and dream about glory and riches. Do not let your impatience or anger get in the way of your work and relationships. 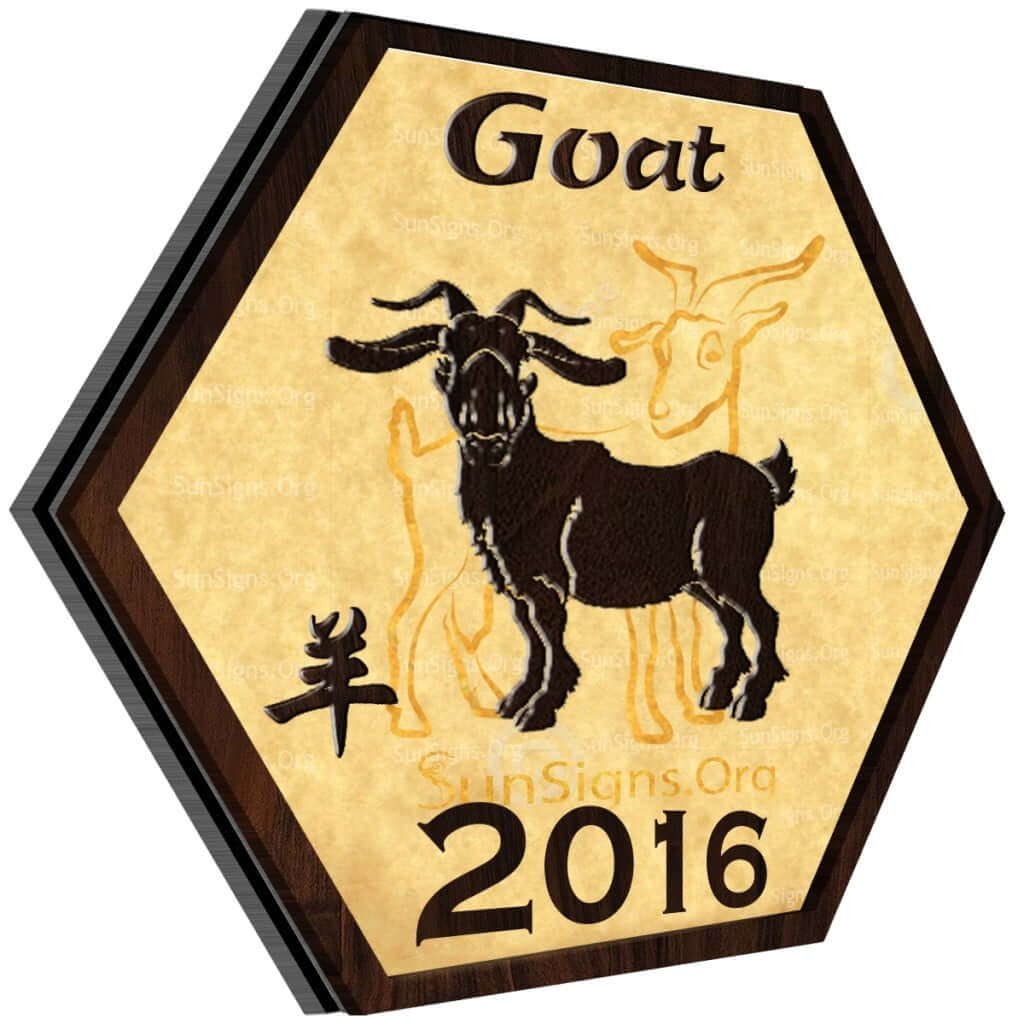 People born in the year of the Sheep will be blessed with excellent earnings and wealth. You can also expect success in business and promotions in jobs. Relationships for the goats might be a little dicey. But you have the courage to face most issues with a positive mind. 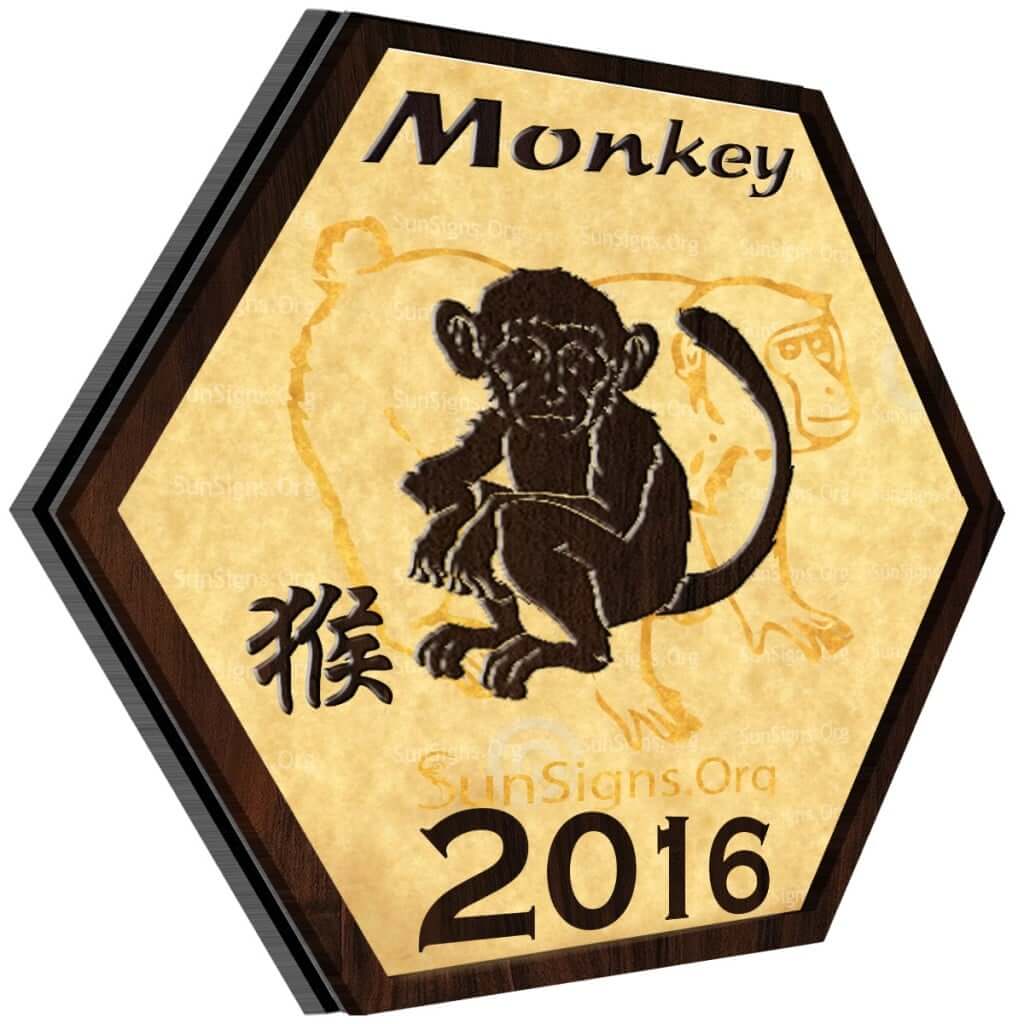 2017 year of the red fire rooster will bring new opportunities for the Monkeys. This is the period when you need to get all your ideas, thoughts together and plan for the future. And do not forget to spend time with your family. 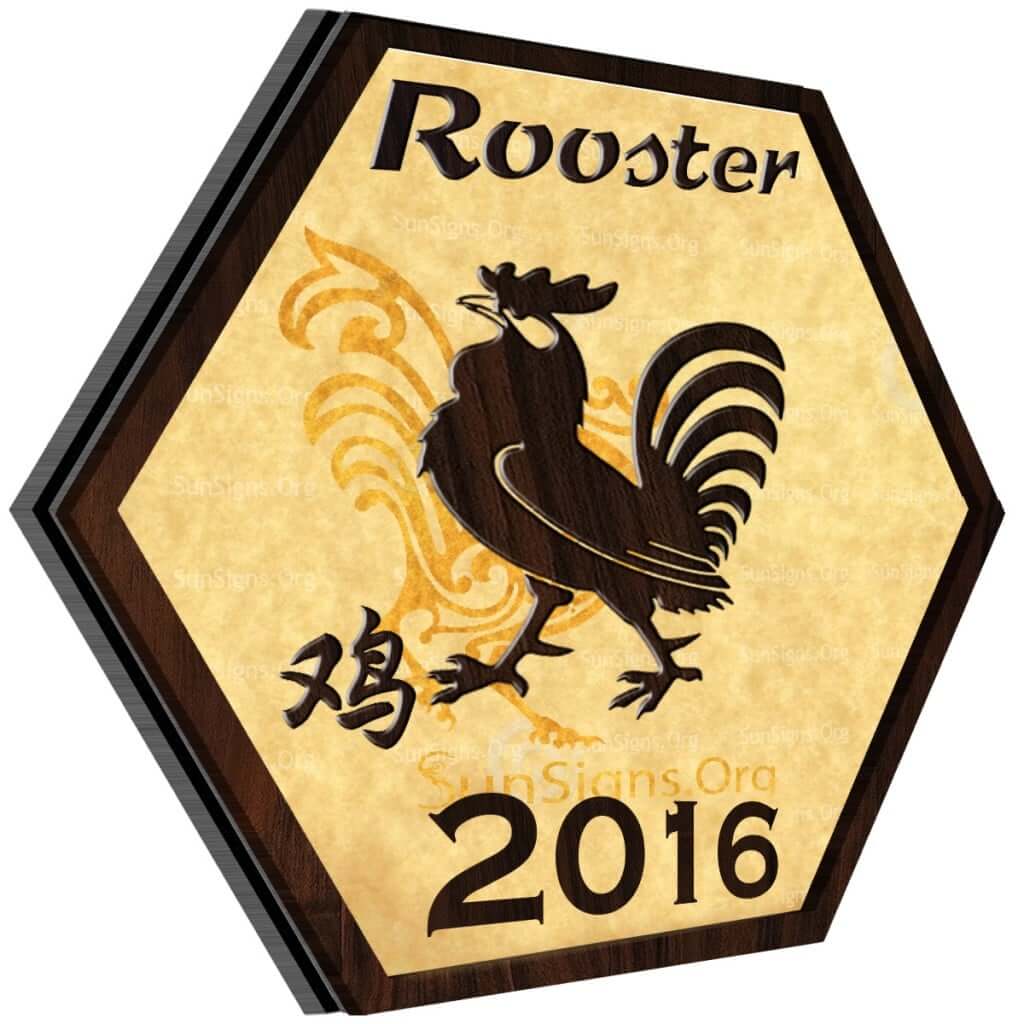 Those born in the year of the rooster will have an excellent lunar new year 2017. Do not get carried away by success and money. Remember to take rest and spend sufficient time with family and friends. The Rooster animal sign will end up being the mediator in most cases. 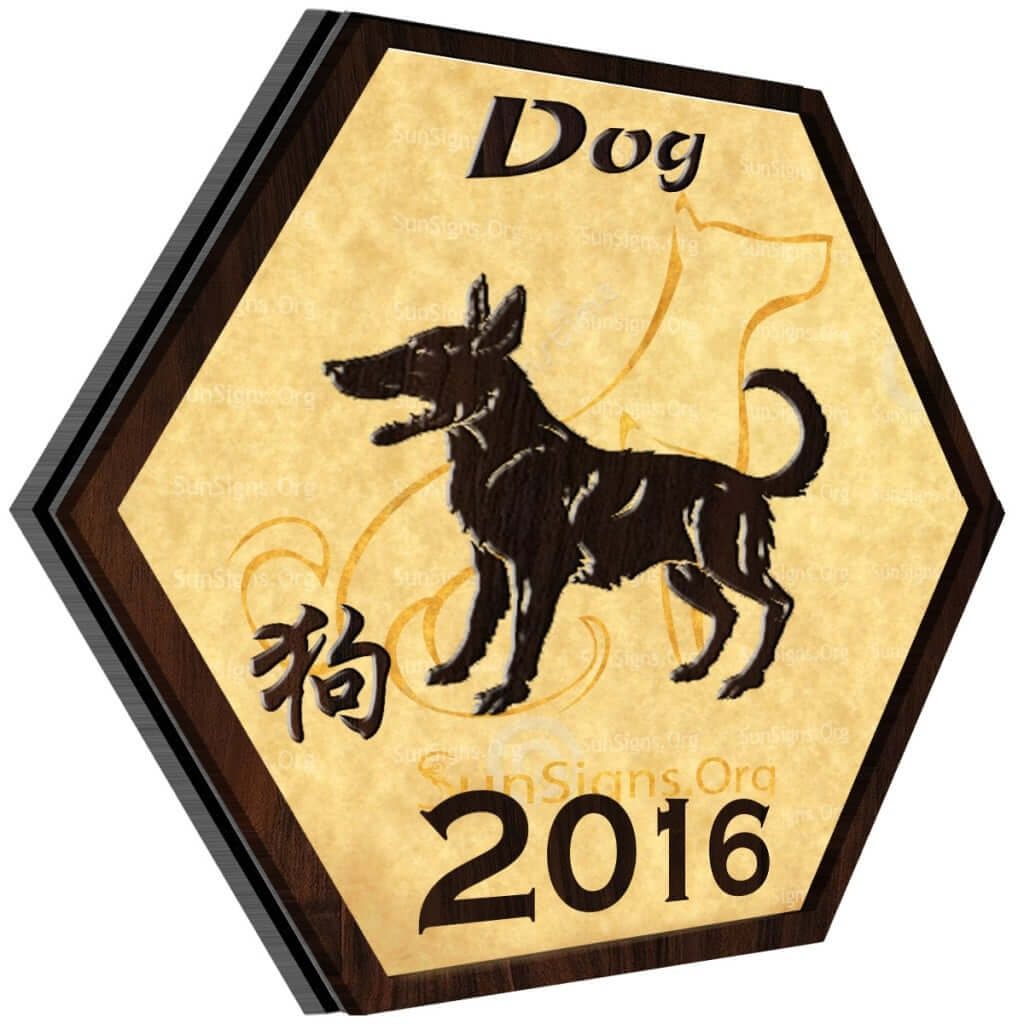 The Dogs in 2017, need to be careful not to get into unwanted quarrels and misunderstandings. This might be a confusing year but as long as you don’t lose track, you will be able to face all problems. Remember good days are right ahead. 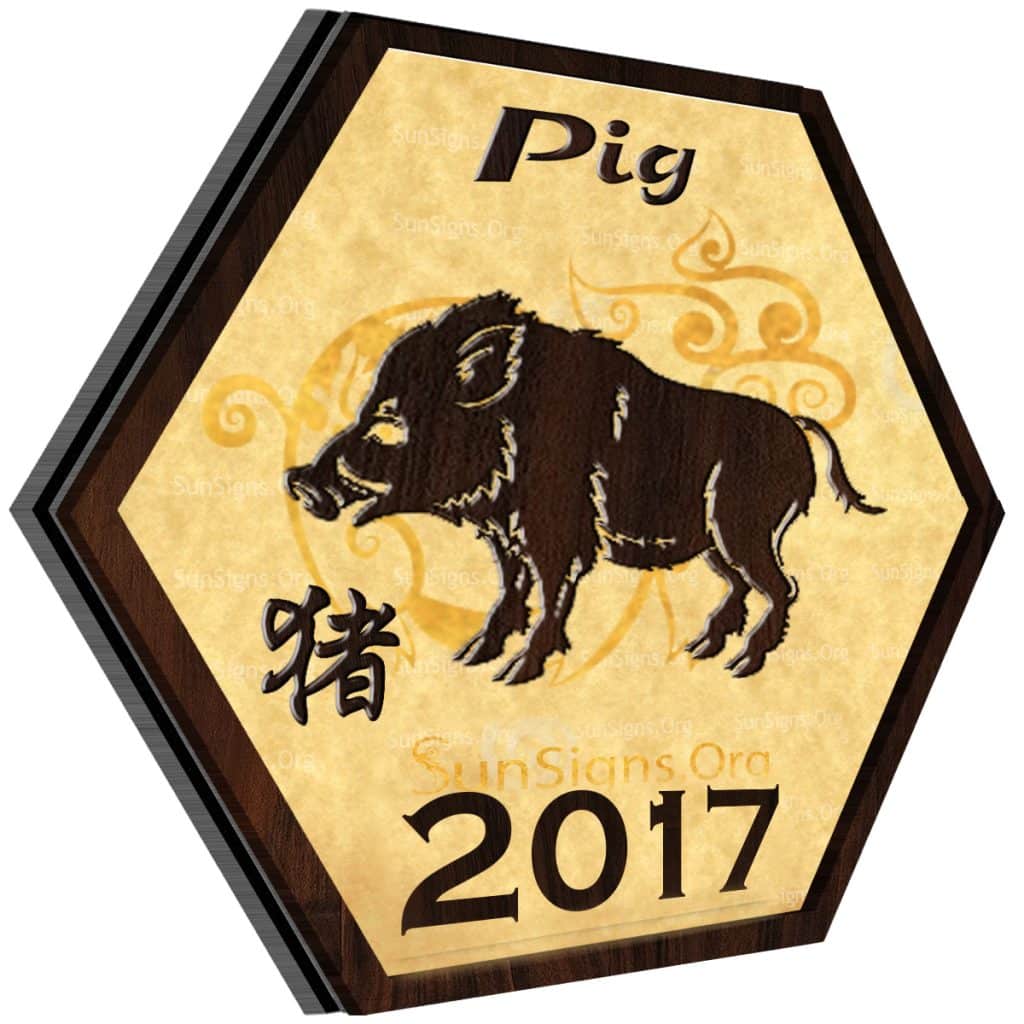 The Chinese New Year 2017 horoscope foretells that the Pigs will have a mixed year. Career and business for the boars might be a bit slow but your previous investments will start paying off. Go easy on relationships and do not be in a hurry to get committed.

Overall the Chinese horoscope 2017 for the Year of the Red Fire Rooster predicts an enjoyable and satisfying year.