Capricorn 2017 Horoscope: Introduction – A Look at the Year Ahead

The 2017 Capricorn horoscope forecasts a year where you will get time to do everything that you plan. In general, this year may seem like it is going by slowly, but this will make it easier for you to keep up with everything going on around you. Savor each day for what it is worth. And do not get stressed out on unimportant things.

The horoscope 2017 advises you to spend time with your friends and family even though you want to be focused at work. Take times to do the things that you love and you will be sure to have a good year.

When you’re as practical as a Capricorn personality, you just accept that the future is going to happen. While there is mystery in it, they don’t think that there’s any use getting worked up about it. However, they are also highly intelligent people, and it never hurts to be prepared in 2017. 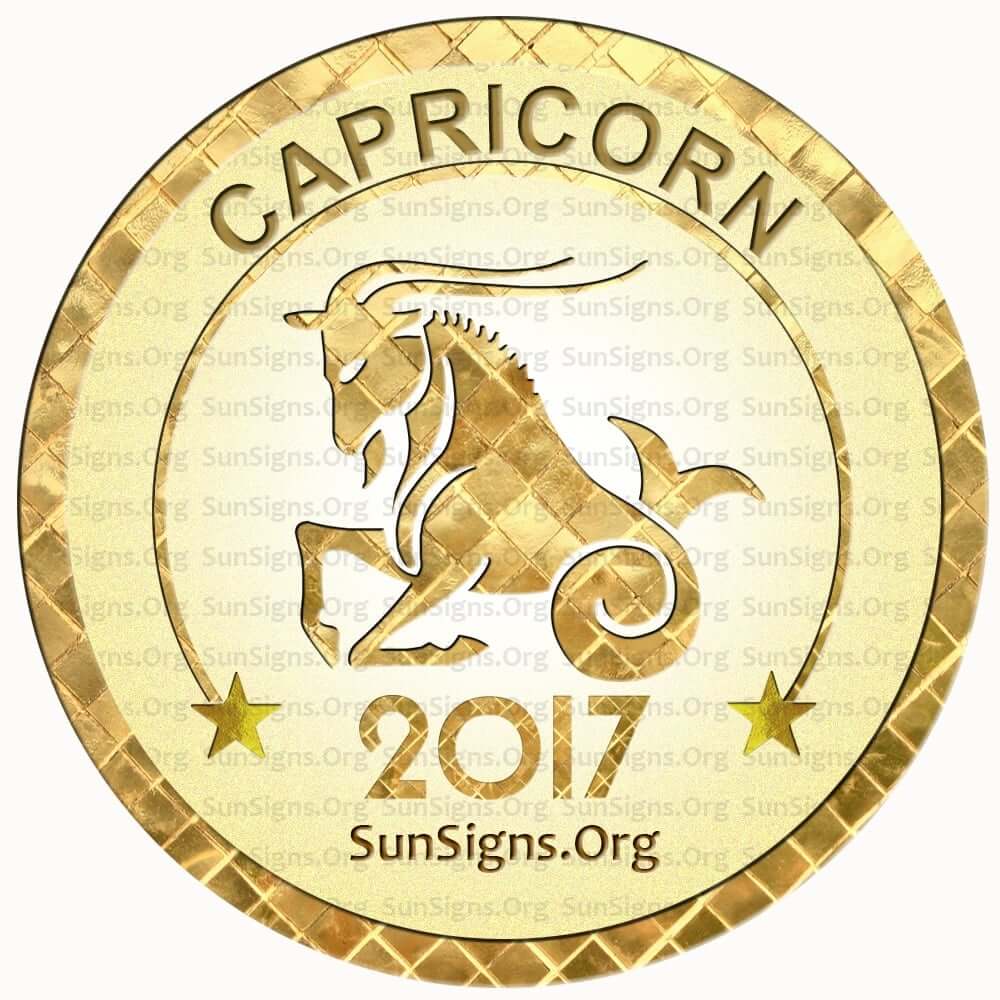 The Capricorn astrology 2017 predictions suggests that if you are already in a relationship, then it will continue to be rather steady during this year. Make sure that you accept your faults, as well as the natural faults of your partner. Accept that you have less energy than them and try to reach compromises to make things work. Love, sex and pregnancy might not be the priority for the sea Goats this year. But keep a look out for them in case this helps your love life.

The 2017 horoscope for Capricorn zodiac sign says that if you are not already in a relationship, then you can also work on getting one. This will mean working on yourself more. Although you may not be one to throw your emotions into the wind, you need to be more emotional and true to your feelings if you are to find a romantic partner. The Capricorn in 2017 can also make new friends in this same way if you are currently in a relationship.

The Capricorn horoscope 2017 career  forecasts suggest that this year working may seem like the center of your life. You are also likely to be working harder at your job. You don’t want to get fired, and this might make you nervous around your boss at times. You will feel more creative at work and in your business this year. Don’t be afraid to share your great ideas! Who knows? You might even get a raise or bonus out of it. Or even maybe a new job.

The Capricorn 2017 forecast predicts that you will be more focused on your finances than you have been in previous years. This doesn’t mean that you are going bankrupt or anything. Just that you are taking more time to think about your financial decisions. If you have a family you are more likely to save up your money to help them out on a rainy day.

2017 Health Horoscope For The Sea Goat

The yearly Capricorn 2017 predictions suggest that this year will seem like a roller-coaster ride when it comes to your general health. It doesn’t have huge ups and downs, but there are enough little ones to make it noticeable. Your energy levels will fluctuate this year.

In 2017 for Capricorn at times, it will feel like you are full of energy. At other times, it will feel like you are drained. Because of this, you should exercise when you have the energy to do so or else you are likely to gain a lot of weight. Also, make sure that you are eating right all year as well to keep your body generally healthy. At times, you may seem restless, but you should always try to sleep enough to keep your body at its peak in performance.

The Capricorn man personality traits or Capricorn woman traits will both help and hurt them in 2017. Some of their helpful traits are their focused nature and ambitious desires. Some of the traits that might hold them back are their way of being pessimistic or stubborn at times. If you have a Capricorn birthday, play on your strengths in 2017 to make sure that you have the best year possible.

January 2017 will see you making a lot of money. Career too will progress well.

February 2017 will see the goats busy with their family. This is a good month to go on a detox diet.

March 2017 will see the goats taking care of their health. Try these home remedies for immediate cure.

April 2017 will see the Mercury retrograde of 2018 affect your love lives.

May 2017 is a good month to take care of your hips and look out for new jobs.

July 2017 will involved problems in marriage compatibility. This is the time to turn to spirituality.

August 2017 will see you trying hard to balance family and career.

September 2017 is a good time to relax and go easy on your spending.

October 2017 is a month when you need to take care of your liver and kidney problems. Job promotions are on the cards.

November 2017 is a month for the Capricorn sun sign to take personal initiative.

December 2017 is a powerful month when all your dreams and desires will be fulfilled.

The Capricorn 2017 horoscope foretells a period of favorable finances but your health might be a little delicate. Money earned needs to be invested carefully.