Scorpio August 2015 Horoscope predicts that career issues will dominate this month as planetary strength is located in the upper half of your natal chart towards your midheaven sign. Domestic concerns and emotional affairs will be low key in August 2015 for the Scorpions.

Planetary power is almost equal in both Eastern and Western sectors of your horoscope. There is a slight bias towards the East for the Scorpio zodiac sign in August 2015.

You have to balance your independence with collaboration from others. Be flexible and listen to others and you will succeed sometimes. And during other times your decisions will become important.

The August 2015 Scorpio monthly predictions foretell that job seekers should scrutinize their offers carefully before jumping into new jobs. Professionals will get all the assistance from their bosses and family members. You should be realistic in setting your targets, predict your career forecasts.

Monetary situation is fantastic this month for the Scorpio, but requires more effort. Earnings will come through social connections and all your strategies will be successful financially. Expect money from unexpected quarters.

Though you like to splurge on luxuries, good sense will restrict your spending. Also take a look at the 2015 Rashifal predictions to know yourself better. 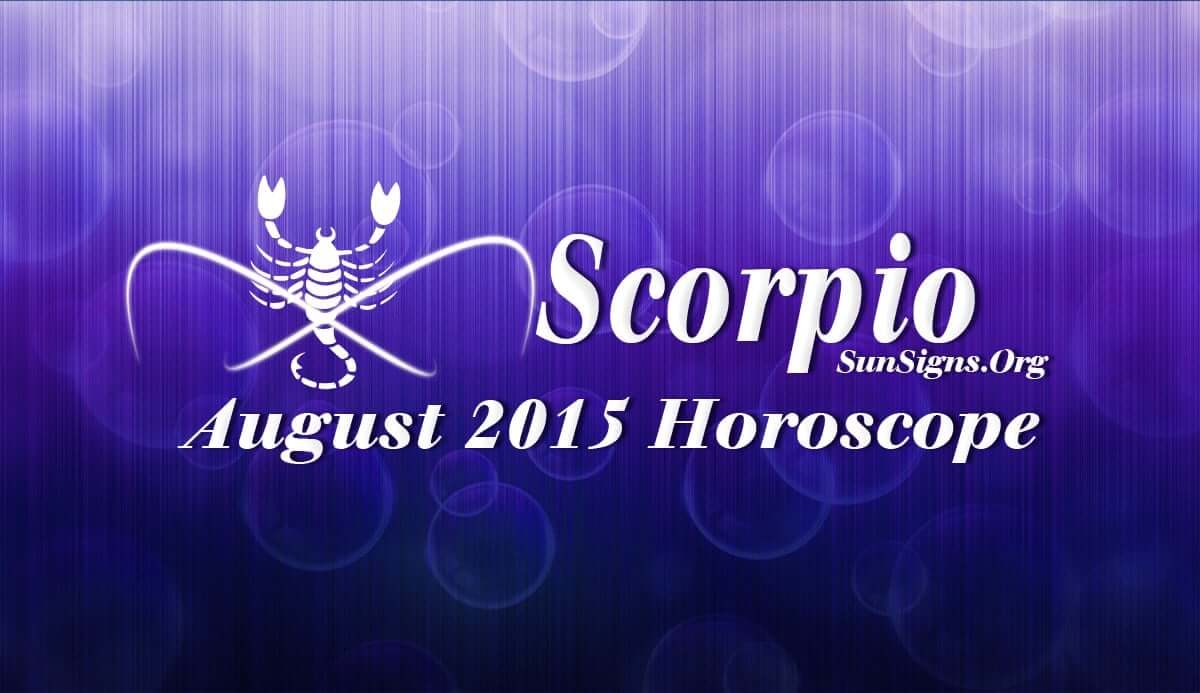 Single Scorpions will have ample opportunities to get into committed romantic relationships this month. Love may be found in far off places with strangers or in religious gatherings.

Family relationships will suffer due to more attention towards career. Change of place is likely due to change of job. If you are dating someone with kids, be sure to be nice to them. Pregnancy might be delayed.

The Scorpio 2015 August horoscope predicts that your health will be excellent after 23rd August 2015. Till that time reduce your work schedule and stick to important jobs.

Be circumspect before you start new fitness routines. If you are struggling with losing weight, here are a few home remedies for obesity and weight loss.