Pisces August 2015 Horoscope predicts that there will be a change in priorities this month. Career and professional matters are becoming increasingly important over family and psychological issues. You will attain your goals by being diligent and confident.

Both independence and social interaction are important this month for the Pisceans. Sometimes you have to take your own decisions while you have to seek the cooperation of others during other times. The 2015 astrology predictions foretell that if you can match your personal ambitions with social requirements, you will succeed in life.

Career prospects are fabulous this month in August 2015 for the Pisceans. You will get into a job you have been aspiring for and this will help you to grow phenomenally in your profession.

Organizations are growing at a fast pace and you will be benefited by this expansion in your profession. Businessmen will start new ventures this month that will prove to be extremely profitable.

Financially August 2015 is not a bright period for the Pisces zodiac sign. You have to wait for the returns on your investments till the next month.

This month can be utilized for working out fiscal strategies and correcting any flaws in the present plans. Postpone all important decisions related to money till September 2015. 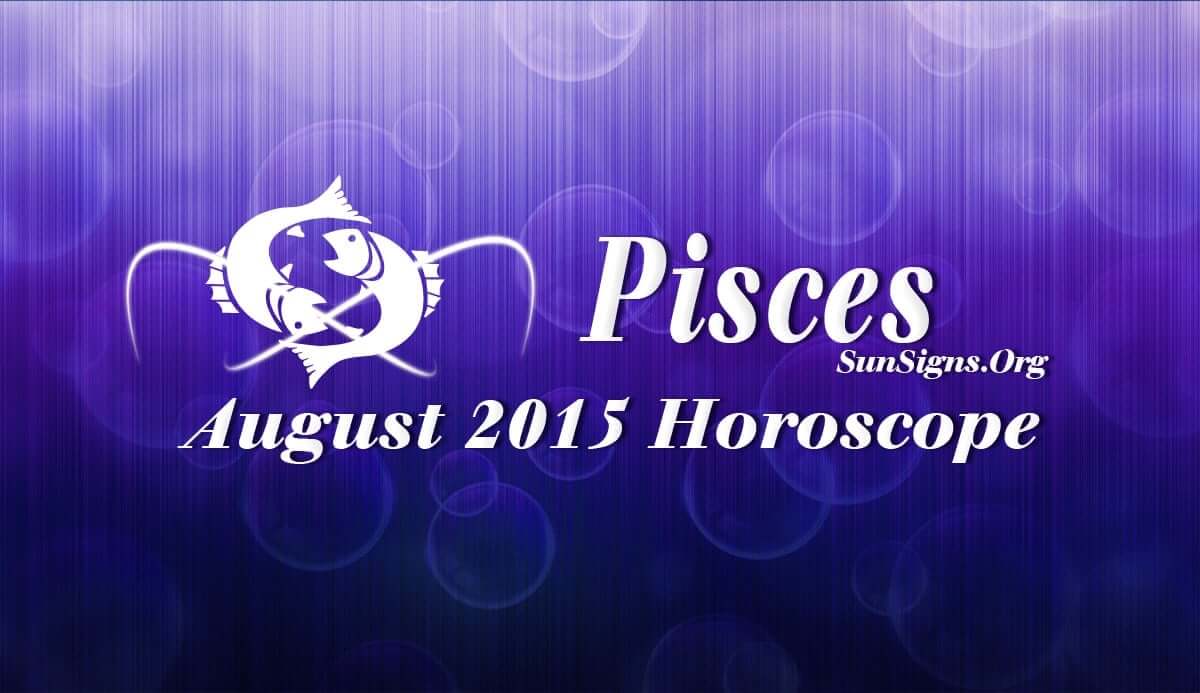 The 2015 love and sex horoscope predicts that August 2015 is a delightful period for love and romance for people born under the sign of the Fish. Singles will find their true love partners.

People in serious relationships will plan to get married. Couples planning to have a child, should try for one this month. You can also take the help of the Chinese pregnancy calendar.

The August 2015 Pisces monthly horoscope predicts that your health will be good till the last week of the month. After that, you should pay more attention to your general fitness problems. You can also try alternative healing techniques like crystal healing, Reiki and Rudraksh therapy to give you some much needed relief.