Capricorn August 2015 Horoscope predictions indicate that career and personal ambitions will be important over domestic issues this month. Planetary positions in your birth chart will influence your career and professional matters to a great extent. Domestic concerns will take time to get resolved.

A lot of effort, flexibility and interaction with people will be necessary to attain your goals in life. This is not the time to be independent or rigid. You should avoid all types of confrontation with others especially fights with your spouse.

Career matters will take centre stage this month for the Capricorn in 2015 August. Your social contacts will help you to accomplish your goals. This is a month when teamwork will help you prosper in your job or business.

The Capricorn 2015 August monthly predictions foretell that planetary aspects are not auspicious for financial dealings this month. Your aim should be to maintain your present fiscal status and major decisions should be postponed to a later date.

You can use this month to take a hard look at your money deals and investments and formulate new plans for the future. 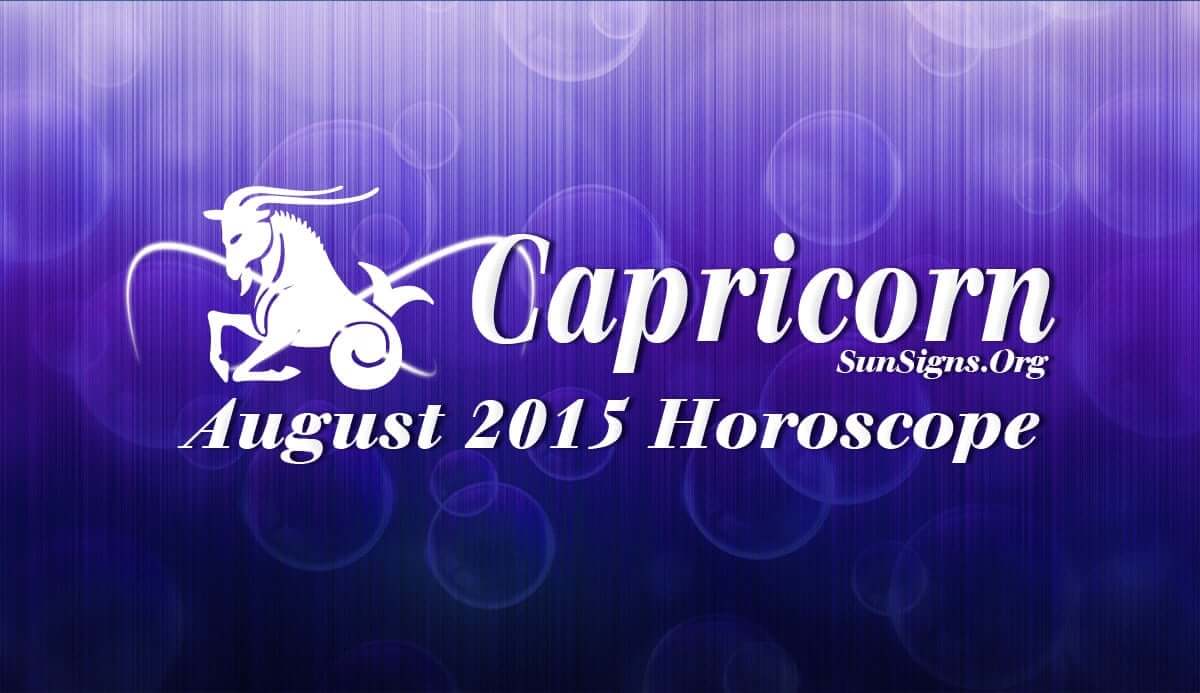 People born under the Capricorn zodiac sign will be socially active during this month. Communication with family members is important and necessary.

You should make efforts to get your point of view accepted by all. You should appreciate their opinions as well to have peace at home.

Love might be a bit dull in August 2015. Here are a few romantic gift ideas for your beloved. Capricorn women might plan to get pregnant this month. Singles will be able to form romantic alliances and those in the advanced stage of partnership will end up tying the knot.

The Capricorn horoscope for August 2015 foretells that health will improve drastically after 23rd. Do not neglect your diet and work-out regimes if you want to maintain your health. Be sure to overcome depression and related ailments.