Aries 2017 Horoscope: Introduction – A Look at the Year Ahead

The Aries horoscope 2017 shows that you will be more in control of your emotions than usual during this year. But don’t forget to use logic when it comes to making important decisions.

The 2017 Aries horoscope predicts that during this year you are bound to have an exciting time. New opportunities are bound to come your way which will lead to you expending more energy than usual. If you take things the right way you will be able to get out of all of your adventures without more than a bruise or a scrape.

Unsure on what to do this year? The 2017 Aries astrology forecasts might be able to help you figure some things out. You are an Aries personality if you were born between March 21 – April 20. Also you are one irresistible RAM.

Aries zodiac sign people are generally seen as being exciting and sociable people. They love to try new things and meet new people. Arians are strong-willed people who don’t let anyone keep them down. However, at times this can make them seem stubborn. Overall, people with Aries birthdays have more good qualities than bad which will help them out in the up and coming year of 2017. 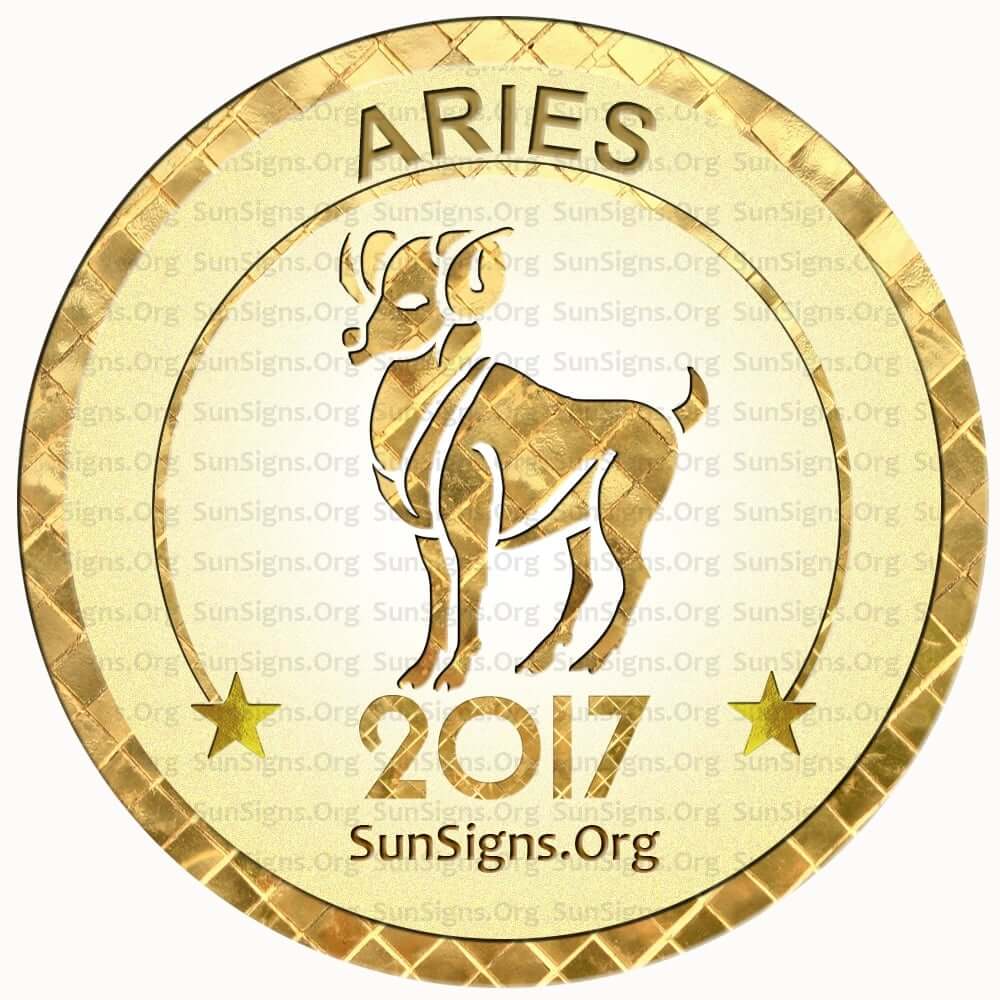 The 2017 horoscopes predict that this is a year for love for the Arians! If you already have a romantic partner then your Aries relationship is bound to become even better and more exciting! You are also likely to be more emotional than normal, which will make it easier for you to express your emotions to your partner.

The Aries men and Aries women will have an easier time talking to each other, and doing a little bit more than talking as well… Passion is on your side Aries, in 2017! The Aries sex and love life is bound to spice up one way or another. If you are not currently seeing someone, then this is the year that you will meet someone. Go out on a limb! Go to new places or try new things! This might also be a good year to get pregnant if you want to have a baby. Otherwise make sure to take necessary precautions or it might lead to problems.

The Aries 2017 horoscope foretells that when you go to more places it makes it all the more likely that you will meet someone who you click with. Go with your gut when it comes to old and new relationships. If something feels right then don’t hesitate to do it. The Aries star sign are also likely to meet many new people this year and make new friends and maybe even be ready for marriage. Your non-sexual passions are bound to bring you to some people who have the same interests. This is surely a year for new love and new friendships.

The 2017 Aries star sign predictions foretell that your life is bound to have many changes this year, and one of these changes might just be your career.

Aries, if you don’t like your job now, then 2017 might be the time to change. After all, what’s the point at working at a job that you hate? Why settle for the mundane business when you can work on your dreams and find a job that you really love? This is an excellent opportunity.

The 2017 forecast for Aries suggest that before you make any major changes you should make sure that your finances are in order. You don’t want to quit your job and then realize that you don’t have enough money to get by. Get rid of some of the things that you don’t need and save money. This can help the rams to fund time off to find a job that you really love. If you find the right job then you are bound to have a better year in 2017 than the ones before.

2017 Health Horoscope For The Ram

The 2017 yearly predictions for the Aries warn that if you don’t take one day at a time then it is bound to tire you out. While you may be slightly more tired during the day, you are more likely to get a better night’s sleep because of it. While your mind is likely to be more tired because of all the activity, your body will probably be more tired as well.

Make sure that you stretch before and after you exercise so that you can avoid pulled muscles and other injuries of the type. Aries, you are bound to have an exciting time in 2017. Just remember to take it in stride.

The astrology Aries 2017 foretells that, while you are likely to have an extremely exciting year full of change, you can still do things to keep your life somewhat stable.

Aries, your dynamic love life if sure to bring you joy, but make sure to keep a close eye on your bank account. In general, don’t be afraid to try new things and you should always make time for your friends. Take this year one day at a time and savor every one of them.

January 2017 is a month of success and progress for the Aries sun sign. Improving your contacts is the key to your prosperity.

February 2017 is a month of changes on the career and professional front. Your intuitive powers will improve.

March 2017 will be a month of impulsive decisions thanks to planet Mars. Be sure to go slow.

May 2017 is a month to be spent with family and home for the Arians.

June 2017 is a socially active month. You can plan that perfect vacation with your lover.

July 2017 is a peaceful month for the Aries. There could be some extra spending.

August 2017 will be filled with fun and activity. Your love life will be wonderful and so will your profession.

September 2017 will see the Aries struggling to balance work and personal life. Don’t let the Mercury retrograde of 2017 spoil your relations.

October 2017 will be filled with new things to do. Be sure to solve all issues and misunderstandings.

November 2017 is a good time to go on a family holiday as you need to sort out certain things in your life.

December 2017 for Aries will be good for career as the 10th house is strong.

Overall the Aries horoscope 2017 predicts a year of changes and positivity. So make the most of it.