Aries 2016 Horoscope: An Overview – A Look at the Year Ahead

Aries horoscope 2016 predicts that these individuals will have a wonderful year as planetary positions are in your favor.

However it is necessary to decide on your priorities in life and focus your attention on ways to accomplish them. You will make significant progress in your objectives if you are innovative.

2016 will be challenging for the Arians with many problems, but you will overcome all obstructions with your positive approach. Emotionally you will be stronger and there is a sense of achievement and recognition. 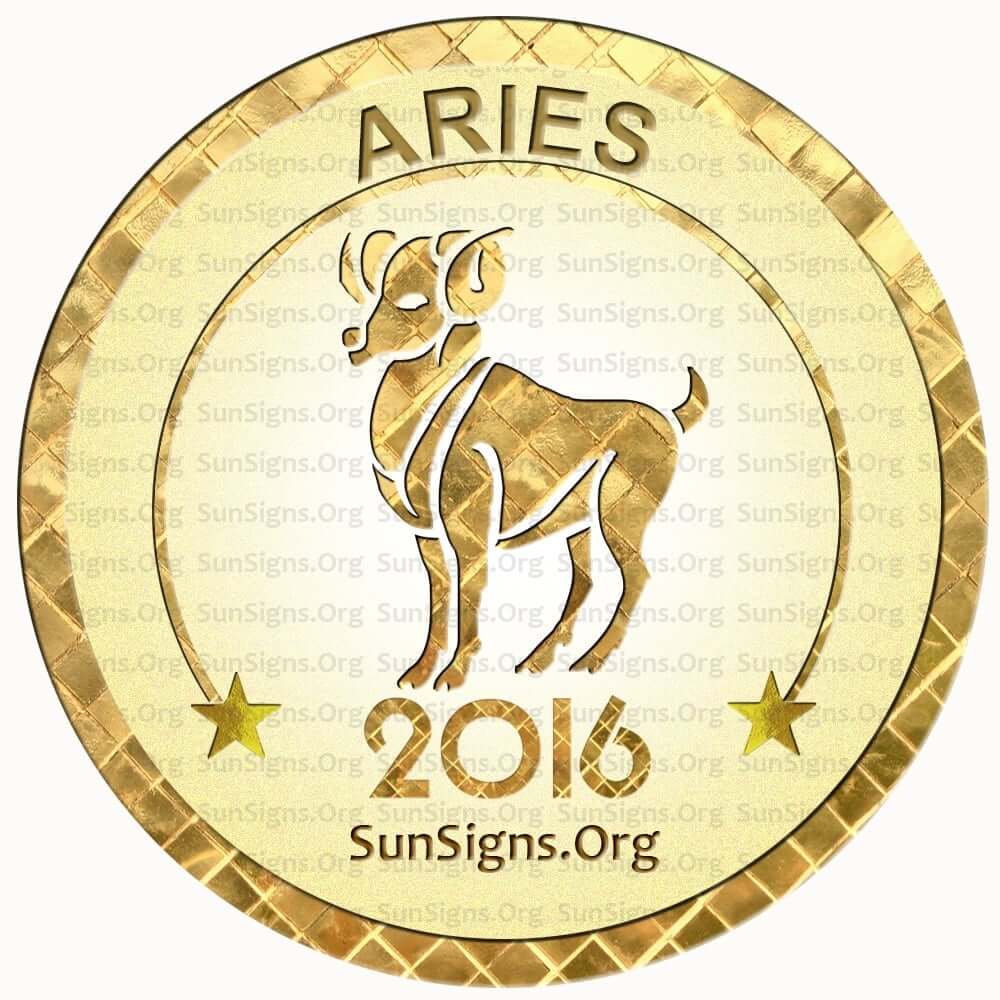 Relationships will be more passionate and you will have no problem in attracting members of opposite sex. Your search for an ideal mate will end by the end of the year and you will get into a serious relationship by December.

Between February and May 2016, your romantic judgement may not be sound and you should avoid getting entangled in sexual escapades.

Aries 2016 horoscope forecasts that April to September 2016 is auspicious for starting businesses and entering into new collaborations. You should cultivate harmonious relationship with your employees for smooth functioning of your ventures. Work out a long term strategy for your business and follow it up with hard work and persistence. You are bound to succeed.

Professional people in jobs should employ their skills to their advantage to achieve their objectives in their careers. They should be more ambitious and should not be averse to taking risks to attain their targets. The 2016 horoscope predicts that creativity and social intelligence will be helpful. All this should be backed up by hard work to succeed in their career objectives.

The 2016 Aries astrology predictions for career foretell that you should try to expand your social circle as well as professional partnerships by associating yourself with organizations and business groups. They will help you in furthering your growth.

The Aries zodiac predictions for 2016 forecast, that earnings will be excellent for the Rams during the first four months of the year. Investments done earlier will become profitable. You will be able to recover money lent to others. Property dealings will yield handsome returns. Overall fiscal position will become steady during this period.

The Aries horoscope 2016 also says that your financial intelligence will be good and you will dabble in good investments. You will be able to manage your expenses sensibly throughout the year 2016. September onwards you have to curb your tendency to spend money unnecessarily. However money has to be spent on essential items.

2016 Health Horoscope For The Ram

Influence of planet Mars is evident in the activities of the Aries zodiac sign till the month of April. The Aries horoscope 2016 suggests that you will be full of vitality and your interest will involve all fields of activity. Your energy will help you overcome all health problems without difficulty.

Aries sportsmen will excel in their fields because of the increased level of stamina. Planet Jupiter will help you in enhancing your emotional strength and self awareness. This is also a good year to go on a spiritual journey.

The 2016 Aries horoscope also suggests that married people will have a harmonious relationship during the year and emotionally the bond will be gratifying.

You should avoid dominating your partner if you want to avoid conflict in your married life. You should listen to his or her view point and respect his or her ideas. The latter half of the year will be blessed with satisfying sex and there might be chances of pregnancy. Relations with family will be blissful.

The 2016 Aries zodiac predictions suggest that businessmen should use innovative methods to improve their business. Period from January to June 2016 will be profitable and your business will zoom with the help of your social friendships.

Your diligence will help you in improving your excellence. If you are a professional, your previous efforts will yield positive returns and your standing in career and job will improve.

Planetary positions are not helpful for the Arians and there will be volatility in your life. This will force you to use ingenious methods to get out of problems. Your concentration will be low and your efforts may not be successful.

In 2016, you should seek the advice of experts to solve your problems if required. Listen to your inner voice which may give you the right direction.

The 2016 horoscope predicts that Aries businessmen will need help from professionals in their fields during this year to give proper impetus to their activities. Do not venture into risky ventures as you may end up with monetary losses.

The Aries 2016 horoscope predicts that you can achieve outstanding results by collaborating with others during the year.

Review your existing plans and make suitable changes in order to progress in life. Overcome your frustration, and use your capabilities wisely if you want to accomplish your targets.

Family will be supportive of your efforts during the year and will be a source of help during difficult situations. Solar eclipse in January 2016 will strongly affect the Rams for many months and will bring major changes if you are a professional.

It is a time for analyzing your previous mistakes and make suitable corrections in your course of life. Complete your projects on hand which will give you a sense of accomplishment.

January 2016 is a month of excellent progress for career related issues. The 2016 Aries horoscope predicts that you will need to make some important relationship decisions.

February 2016 is a month of financial stability. Love will be exciting but complicated. Your health might need some attention for leg pain and knee pain.

March 2016 will be a month of changes. This is a good month to try some detox foods and improve your overall health.

April 2016 for the Aries is a month of balancing work and love life. If you succeed in doing that, this will be an excellent period.

May 2016 will be a prosperous month. This is a good time to go on a road trip with family and friends.

In June 2016, you will be methodical in your dealings. This is a month for spending time with family so that you are psychologically fit for the coming months.

In July 2016 be ready for major delays, thanks to the Mercury retrograde in 2016. Be patient and you will survive this month.

August 2016 will be a fun-filled month for the Arians. Health will be excellent. Finances and love life will be good.

September 2016 brings lot of drama in your life. You will need to make major changes on your health front. It will be a testing time for relationships.

October 2016 sees you improving your social skills in both your business and personal life. Kidney related problems might trouble the Arians.

November 2016 will be a sexually fulfilling month. This is a month of transformation and rejuvenation.

December 2016 will see the Aries full of vigor and energy. You are at the peak of your career and relationships. Be sure not to get stressed out.

Overall the Aries horoscope 2016 predicts that this will be a year of windfalls with its share of obstacles.