Aquarius 2016 Horoscope: An Overview – A Look at the Year Ahead

Aquarius Horoscope 2016 predicts that this is an excellent time to build new social contacts and form new relationships. You are likely to be argumentative which may not help matters in your career. There is a need to go through minor details while executing projects.

Fine balance between aggression and harmony has to be achieved in your dealings with others in 2016. Look for loyalty while making new relationships and friendships. Aquarius, this is a period for creativity in your work and you should be ready to change some outdated ideas. 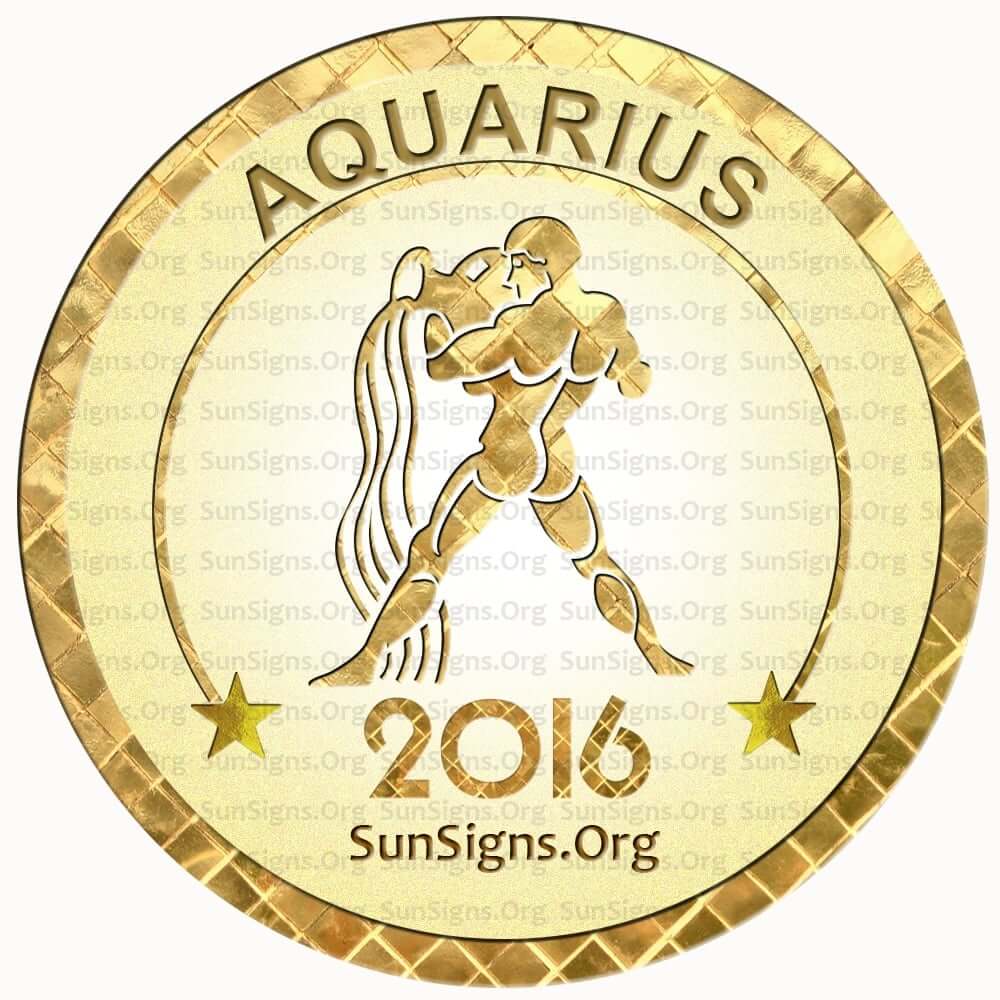 Love will be prominent in year 2016 for the Aquarius zodiac sign. Relationships between couples will be harmonious during the months between March and July 2016.

Emotional development and formation of new partnerships will dominate between August and October. Decisions on serious relationships and pregnancy should be taken in November 2016.

Single Aquarians will have opportunities for dating and getting into new relationships in the month of December 2016. Sexual compatibility will become a must for relationships to last in 2016.

The 2016 career astrology predictions for Aquarius foretell that this year is ideal for starting new ventures. You will get the necessary cooperation and help from others. By June the results of your diligence will be evident.

You will be more confident and diplomatic in your career and professional dealings. Do not ignore the legal aspects while executing your projects. Previous social connections will help you complete pending projects.

The Aquarius 2016 horoscope foretells that the early part of the year is suitable for achieving immediate financial objectives. Your expenses will overshoot and upset your budget during April and May.

Monetary position will stabilize by June 2016. You should work out a financial plan to balance your earnings and expenses by end of the year. Expenses on account of personal luxuries are likely during the year for the Waterbearers.

2016 Health Horoscope For The Water Bearer

The 2016 Aquarius zodiac predictions forecast that the months between April and October 2016 will require plenty of energy towards business and profession. People with sufficient stamina will be able to stand up to the stress level successfully while others may suffer a nervous breakdown.

You should mix hard work with enough relaxation to maintain a healthy disposition. Practicing meditation and Surya Namaskar will help you mentally and physically.

Relations with family and children will be excellent. You might ignore them a little this year as you will be spiritually inclined. You can plan for a child in 2016.

The 2016 horoscopes foretell that Aquarians will be building a strong base for the growth in coming years. Conflicts between planetary influences of Jupiter and Saturn are observed during this period. Saturn symbolizes concentration, orderliness and maturity. Jupiter on the other hand indicates breaking away from the routine and expansion into new areas.

A thorough study of your personality is required and you have to bring out your remarkable talents required by the situation to build a sturdy foundation. All useless things which are holding you back from success should be left behind. You should be courageous to take new steps to make outstanding progress in life.

The Aquarius 2016 horoscope predicts that this year will force you to make radical transformations in your basic character. Your intuition will be strong during the year and will guide you with dreams and visions.

This will help you find your true self and you can build a powerful bonding with your close friends and family members. Be confident and do not hesitate to express your individuality.

Your knowledge of inner self will help you in bringing out your creative faculties in 2016. By becoming spiritually aware, you will understand the significance of the events that are happening every day.

Your decisions and actions will be directed by the inner voice and this will enhance the quality of your life. Your craze for materialistic things will reduce drastically and this will make your life easier.

The 2016 Aquarius zodiac forecasts suggest that spiritual rejuvenation becomes a necessity in the year 2016 and you may have to seek the help of a good religious teacher to make the actual changes to your character.

Self-awareness will help you to get out of old traumas and find out your real capabilities. You should be prepared to renounce the things you do not require and find out things which inspire you to accomplish things in life.

A review of what is happening in life will help you to make corrections to your course in future. First you should have thorough knowledge of the influences your decisions and actions produce before you can make the alterations to your life.

The 2016 Aquarius horoscope suggests that association with spiritual groups engaged in enhancing peace and happiness in life will go a long way in helping you lead a harmonious life.

January 2016 will be an emotionally difficult month. But financially you will be very lucky.

February 2016 is a month of sexual passion and sensuality in relationships that was never seen before.

March 2016 sees the Aquarius looking beautiful and charming. Relations with siblings might be under some cloud.

In April 2016 you will continue working towards attaining stability in career. Muscle pains will need to be taken care of.

May 2016 will be financially unstable for the Aquarius star sign as there will be too many expenses, foretells the 2016 horoscope.

June 2016 should be used constructively to improve your social skills. Love affairs at work are on the cards.

July 2016 will see you share excellent rapport with your spouse. Relations with family will be good. But health ailments related to breast tenderness and stomach flu need to be attended to.

August 2016 for the Aquarius will be more work and time for family life.

September 2016 is a month of major changes. Travel trips might be postponed. Anything you put your hand into will be delayed.

October 2016 will be a month of improvement on the career front. Be ready for job hikes or salary raises. Business trips are on the cards.

November 2016 is a month when the Aquarians will be involved in social causes. This is a good month for marriage.

December 2016 will see all your dreams come true. Money is not the only thing in life, happiness is.

The Aquarius 2016 horoscope foretells a year of major changes that will need to be made in your life if you want to have a pleasant future.