April 2015 Pisces Horoscope forecasts that you will be independent in your actions. Decide what you want in life and follow it up by moving forward. Things will happen.

Majority of the planets are in the lower half of your birth chart. Domestic issues and spiritual affairs will dominate. Career and financial matters will stay dormant.

Venus will endow personal grace and attraction, and your behavior and personality will be appreciated by others.

The career prospects for Pisces zodiac sign in April 2015 show growth in professional life. Your job or business will be quite promising during the month. Conflicts with associates will blow over and harmony will prevail.

The Pisces April 2015 financial horoscope foretells that the money situation will be booming during the month till 20th. You will have the help of your bosses and family members in financial growth.

Money will come through business and social contacts. Speculation will give good monetary returns after the third week of the month for the Fishes. 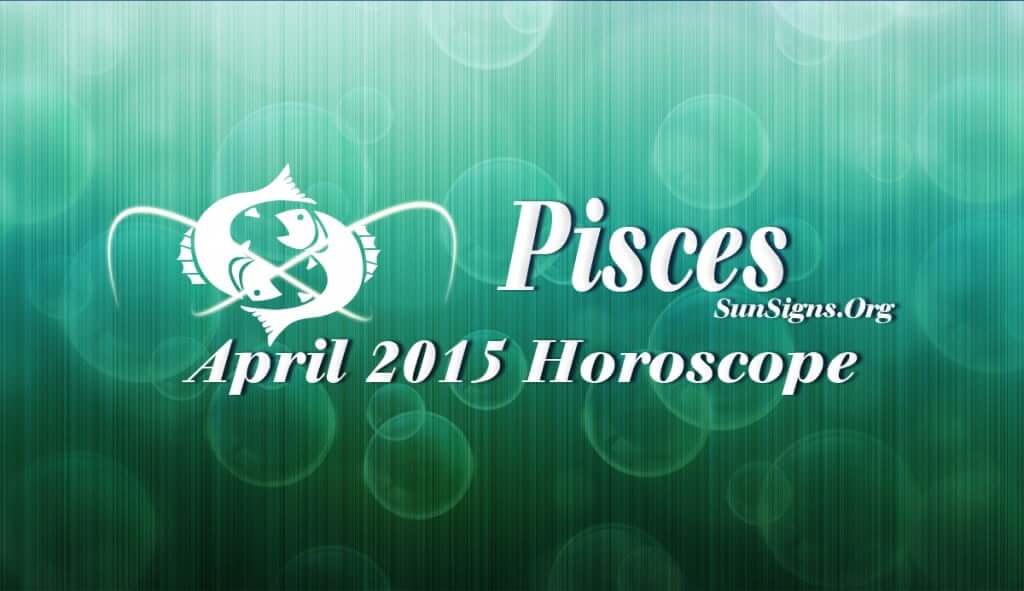 Love can be highly volatile and unpredictable during April 2015. Single Pisces men will need to impress their girlfriend’s parents in order to be with their true love.

Do not take major decisions on romantic partnerships during the month and allow problems to blow over. This is not a good month to get pregnant.

The Pisces horoscope for April 2015 foretells that health will be good till 20th of the month and requires attention after that. Drink lot of water and be sure to have a regular fitness regime in place.