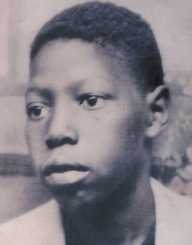 Johnny Robinson born in the year 1947 was an African-American. The police shot and killed Johnny at the age of just 16 years old. At the time there was some sort of unrest due to deaths of other two African America ladies. The young ladies died while at the church due to an explosion at the Street Church in Birmingham, Alabama. The attack (bombing) took place on the 15th of September, 1963. The black community went into a rage and the people broke into protests. The police told the media that the people assembling were not by any chance peaceful.

Johnny Robinson was born in the year 1947 to an African American family. In his days he had a difficult childhood in Birmingham. Also, Johnny and his young siblings got the opportunity to go to Alberta Shields School. Moreover, just some year before the police shot Johnny. In addition to that, one of their neighbors had killed his father. So, Johnny's mother had to take control of the family household. Consequently, she had to raise her children in a racially charged neighborhood.

This was because of the racial discrimination that they went through as blacks. The city in which he was staying had suffered multiple racially charged bombings from the year 1945. Moreover, at the time there were more than 50 recorded racial bombing against the black community. The last one took place in the year that Johnny was shot. That was in the year 1963 when there was a bombing of a church in the street where Johnny lived.

In the year 1963, on the 15th of September, one white male from the Ku Klux Klan rigged a bomb at the church. The man had placed the weapon at the side steps of the 16th Street Baptist church. On the fateful day, there were about 200 worshippers who attended the service. According to the investigators, the bomb was on a timer. The two young ladies died on the spot after the explosion. Also, the explosion grievously wounded 20 other people. The bombing at the church made the people of the black community angry.

The Shootings And Death

So, at the same church, they organized a protest. In the heat of the moment, the white people shot and killed two other children. These were Johnny who was 16 years of age and Virgil Ware a 13-year-old. The 13-year-old was shot and killed by another child of white descent of the period of 16 years in the company of his friend Michael Lee Farley. The court charged the16-year-old Larry Joe with first-degree murder. However, the courts later convicted him of second-degree manslaughter. They were sentenced to 7 months in jail. Also, they would have to serve two-year probation.

On the other hand, on the same day, Johnny accompanied his friends to a petrol station. However, at that time he was to go and join his sister for dinner. Then one white man drove past the kids and abused them in racial slurs. The kids took up rocks and threw at his car. At the same moment, a police officer by the name Jack Parker drove by with his colleague. He was in the back seat of the patrol car. Just out of the blues he opened fire at the kids wounding and killing Johnny.

The police officers Parker claimed that his gun went off accidentally during the farce. This was hard to believe since he was a gun holder for many years in the police department. The officers that were in the car with him during the shooting stood behind and supported his claim.  However, other people witnessed the account differently.

Upon the case being taken to court, the grand jury did not press any charges. However, the FBI later opened the case as a cold case. So, after investigations, they were not able to file any case as Parker had died. The death of Johnny hurt the family of Johnny so much that his mother ended up in a psychiatric hospital. So, the other children in the family avoided the name of their brother at all costs.