Taurus September 2015 Horoscope predicts that home and spiritual consciousness will be important over career and personal ambitions. Improvement in emotional strength will naturally enhance career prospects.

Your self-will and independence will not be of much help for Taurus zodiac people in the month of September 2015. Getting into confrontation with others will only create more challenges.

Flow smoothly with others and their opinions if you want to succeed. Do not let the negative effects of the Mercury retrograde in 2015 influence your life.

If you are searching for a job, wait till the second half of September 2015. Taureans in sales, marketing and communication areas will have a successful time.

The Taurus September 2015 horoscope foretells that financial situation is very bright this month for the Bull. All risky investments should be done before the third week of the month and they will be profitable.

Large investments and major financial dealings can be done after 20th. Earnings will be fabulous, but no major money decisions should be taken this month. 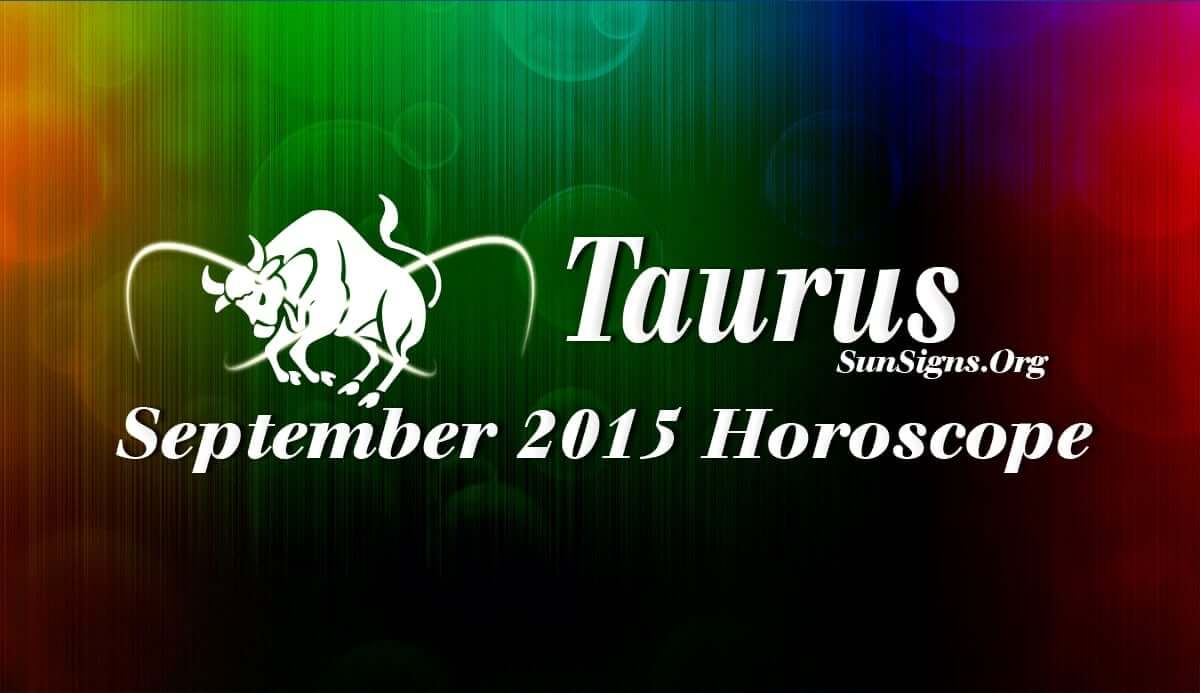 The love horoscope for 2015, forecasts that the family life for the Taurus zodiac sign will see some turbulence. You will need to divide your time between your spouse and children equally.

Singles will have plenty of opportunities to date many people and get into new love affairs or flings in September 2015. Existing relationships will see more commitment. You can indulge in buying luxurious items for your residence or for your to-be born baby in case you are pregnant.

The Taurus monthly astrology predictions for September 2015 forecast that your health will be excellent. You can improve it further by attending to minor ailments promptly. Be it a back pain or a common cold or cough, do not ignore it but take immediate action.