Sagittarius September 2015 Horoscope forecasts that self-will and determination to achieve your objectives will prevail over social charm and interaction with others.

Because of the 2015 Mercury retrograde in September, you can have your way and change things to your advantage but that will require some skill.

Majority of planets are in the Northern half of your birth chart which helps you to accomplish your professional objectives. Planetary positions are favorable for the Sagittarians in resolving conflicts with colleagues or with others in September 2015.

The September 2015 Sagittarius astrology predictions foretell that many challenges are expected in your professional arena. With more diligence you will succeed and you will have dramatic progress in your career. Job seekers will get help from friends and social contacts in going forward on the work front.

Monetary situation is pleasant for the Sagittarius zodiac sign and your financial strategies are quite effective till 23rd September 2015. Surplus money should be used to clear old loans and large expenses should be cut down. Last week of the month is suitable for taking risks. 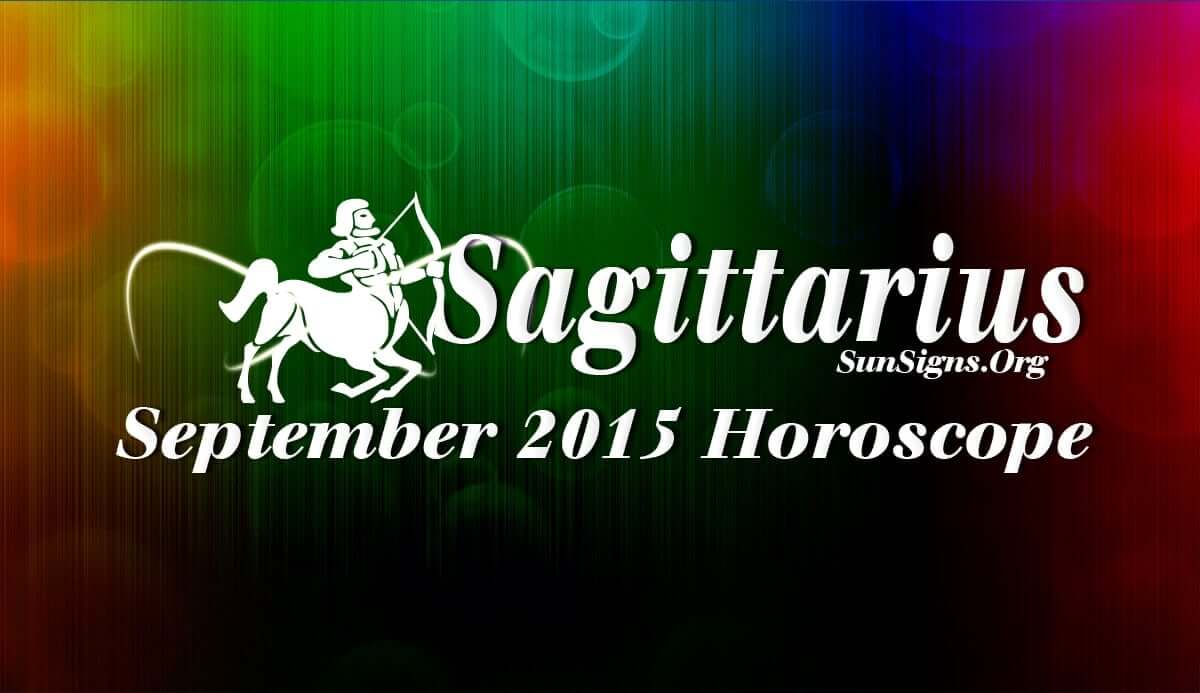 Turbulence in love affairs for the Archers is expected during the month. You will be moving around socially powerful people. Love is to be found while pursuing your profession. Current relationships will face challenges.

Social life will be better this month and your social circle will expand. Marriages will prosper with a little bit of effort. Do not let arguments spoil your relationships.

This might be a month when pregnant Sagittarians will need to take a little extra care. Harmony with family members becomes essential during the beginning of the month.

The September 2015 Sagittarius horoscope predicts that health will be fragile till the third week of the month. A good fitness and diet regime will enhance your well-being. Take this Dosha test to know your body constitution better.