Libra September 2015 Horoscope predicts that career issues will become less important while family and psychological well-being will take over this month. Major decisions on the job or business front should be taken in the first half of the month.

Due the Mercury retrograde in September 2015, you are independent and will follow your own path or change your direction to suit your goals in life. Social skills are important but are not binding. Following your heart’s desires is most important in life.

If you are a Libran in sales promotion or communication areas, your career will zoom. Family and friends will help you in your career objectives.

The September 2015 Libra monthly astrology predictions forecast that money flows easily after the third week of the month. Beginning of the month will be a tough period for the finances. Household expenses and beautification of the residence will require extra money. 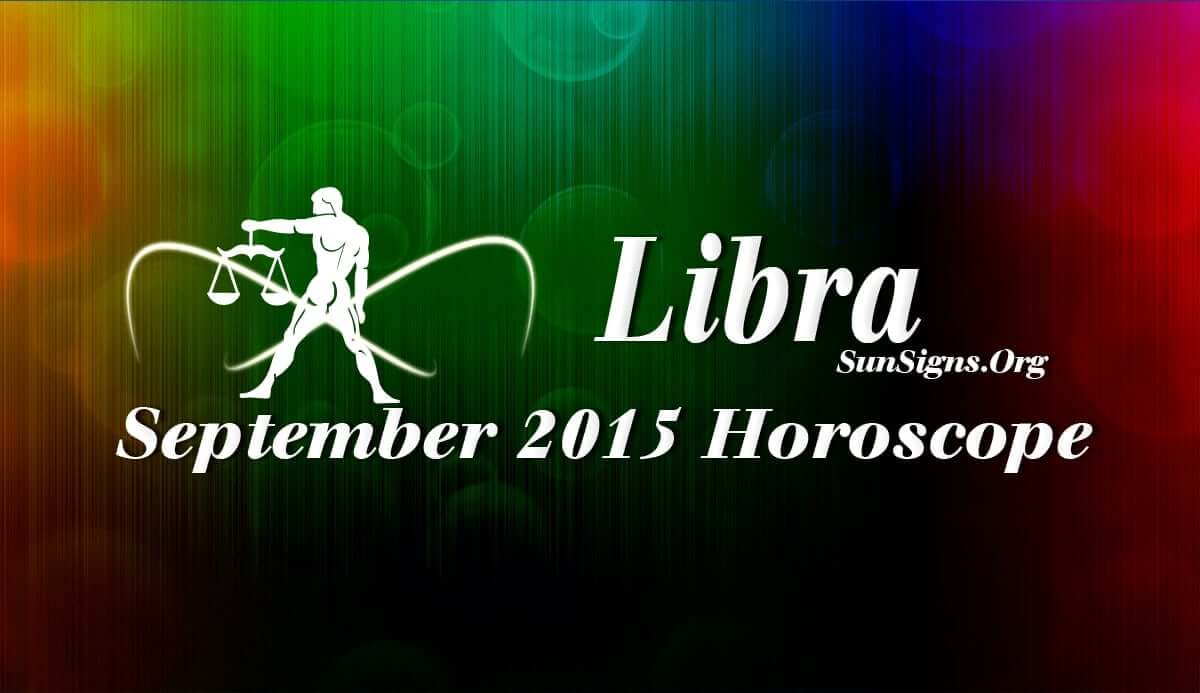 Any conflicts in the present relationships will blow over for the Libra zodiac sign. New love is to be found while pursuing your profession or fitness regime. You might even have to put in some extra effort in order to impress your girlfriend’s parents.

Family life will be excellent. There is a good chance for a pregnancy or birth of a child in the family. You will become more aware of your appearance and the way you dress.

Enhanced health will result in better personal outlook and attitude. Exercise and diet are still important to maintain fitness. You should try out the benefits of slow-juicing for better health.