Leo September 2015 Horoscope forecasts that family and spiritual health will take precedence over career in this period. Independence and self-will will be important over social collaboration and adaptability.

Leos, Decide what you want in life and exert yourself if you want career growth. Cooperation of other people is necessary, but you are not dependent on that fully too. And this social interaction might just be a little difficult because of the effects of Mercury Retrograde this month.

If you are searching for a job, you will have many chances of getting into a job this month. Employed Lions will make further progress in their professional lives. It is important that you should be happy with your job or the new business venture that you are getting into.

The earnings for the Leo zodiac sign in September 2015 will be good but expect some delays and conflicts. These are temporary and will get solved with proper communication and compromise.

Risky investments yield good returns. You will make enough money to cover all your expenses. It is time to review your old strategies and formulate new ones for the future. 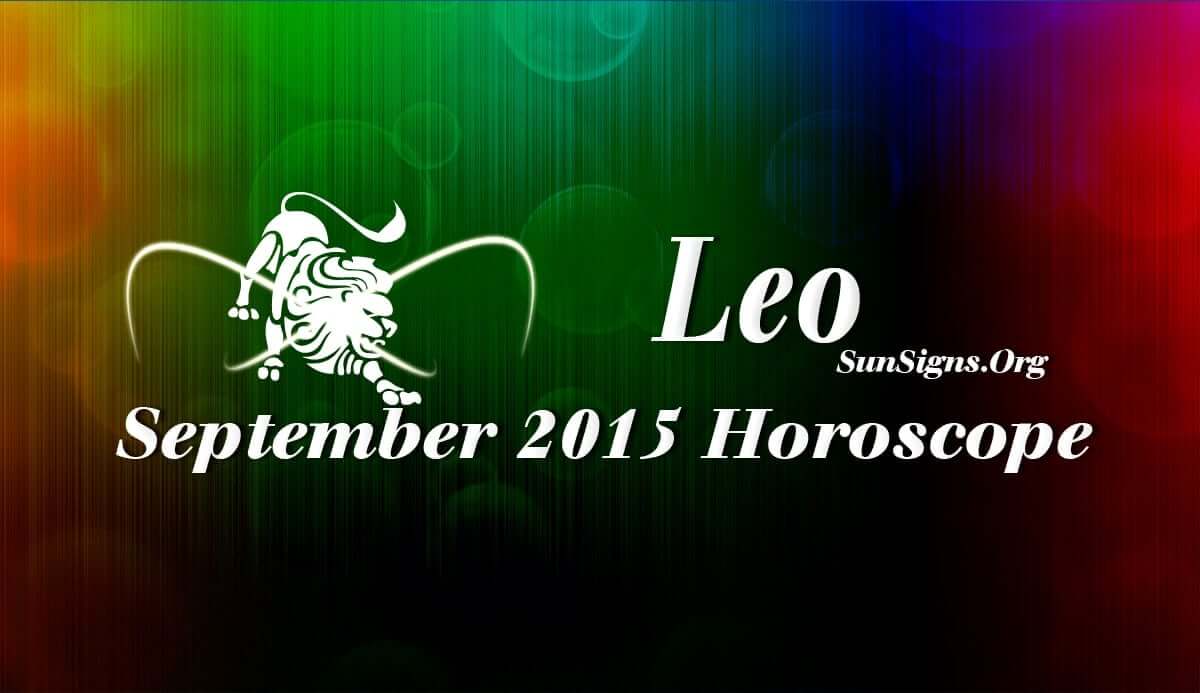 Singles will find love mates in their professions or in close quarters in September 2015. There will be harmony in married life, but both of you look for a space without restrictions.

Expenses on account of children or pregnancy are likely. It is also likely that your best friend could have developed a crush on you!

The September 2015 Leo monthly astrology predictions foretell that you will be more energetic this month. You can improve your personality by making positive changes in your daily habits.