September 2015 Cancer Horoscope forecasts that this month you have to balance between your personal independence and social skills as planets are equally divided between Eastern and Western sectors in your horoscope. Situation will change when the planets change over to the Western side by 23rd September 2015.

The Cancer monthly astrology predictions for September 2015 foretell that your career growth depends on your social connections, and not on real hard work. You may get new job offers.

But if you are not happy with the job profile, you can junk it. Similarly, for business deals do not get into anything unless you are totally satisfied with the terms.

Earnings for the Cancer zodiac sign come through family members and they will be supportive of your monetary objectives. If you are in sales and marketing or communication fields, you will prosper financially. Money will be sufficient to meet all your expenses unless you go about giving expensive gifts to your lover! 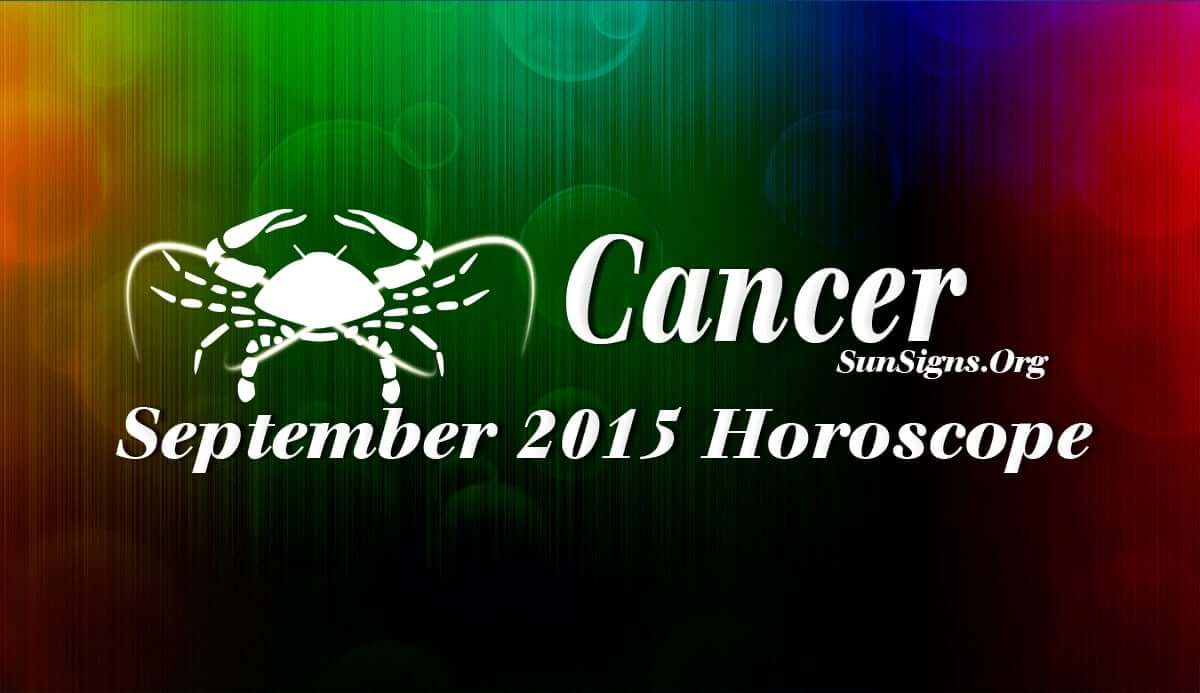 It is a party time with family members for the Crabs in September 2015. All conflicts in the family will be resolved this month.

Singles may face some problems in their present relationships which may even break up. You will spend money on renovating and furnishing the house. This is a good time to get pregnant and improve relations with your children.

The September 2015 Cancer horoscope foretells that health will be normal till the third week of the month. After that it will be fragile and you have to take it easy. Do not think of skipping meals in order to maintain your figure. This will only make things worse.