Aquarius September 2015 Horoscope points to more stress on career issues over home and emotional areas. You will have a better idea of the direction of your career this month.

Planetary power is located in the Western half of your horoscope in September 2015. The Mercury retrograde in September 2015 makes sure that collaboration with others and flexibility are necessary to attain your objectives in life. Your determination and self-will do not help. Aquarians have to get things done by social interaction and with the help of other people.

The September 2015 Aquarius horoscope predicts that hard work is necessary to move up in your career till 23rd, and it becomes smoother after that. Your professional success and business ventures will lead to overall happiness at home.

Finances are fragile this month in September 2015 for the Aquarius zodiac sign. You have to depend on your life partner to bail you out. You will be able to raise capital from various sources. As your financial intuition is weak, you will not be able to improve your earnings. 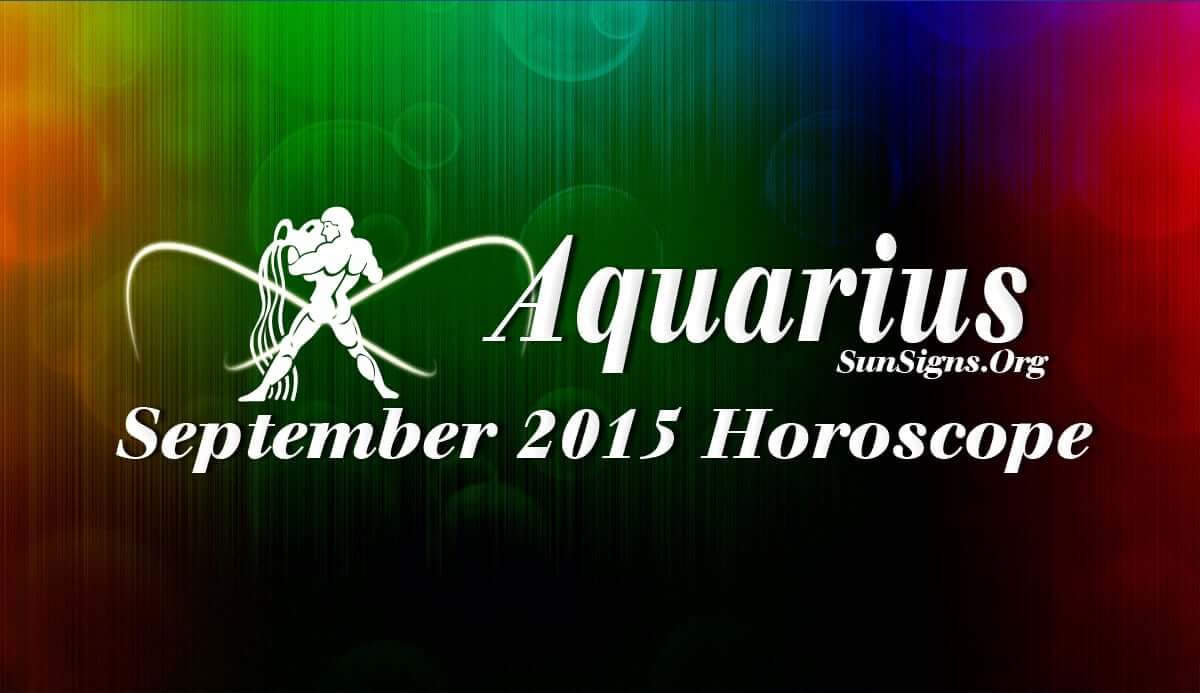 The Aquarius September 2015 monthly predictions foretell that singles may start dating foreigners online. They will be looking for sophistication in their love partners.

Married couples will seek emotional happiness from their partners. Life will be pleasant if you avoid misunderstanding over minor issues. Travel will improve happiness in marital life.Relations with your spouse will be excellent. This is not the right time to get pregnant.

Superb health is predicted for Aquarius during the month of September 2015. And it improves as the month progresses. Focus on your fitness routine to stay in shape. This is a good month to quit smoking and give up alcohol or other similar addictions.