Rat 2015 Horoscope predicts that this year will turn out to be a highly profitable year for Rats. You will run through your opposition and come a winner.

Rats in 2015 Chinese astrology by nature are fickle-minded but are good dreamers. If they control their fancies and use their imagination more, they will achieve whatever they want in life. They can present their ideas clearly to others and go into minute details of various things which will make them highly successful businessmen.

2015 Year of the Green Wood Goat and Sheep is complimentary in an opposing way to the Rat. If Rats can be determined to achieve their goals, they will emerge victorious in the end in the power struggle of Sheep and Rat.

Year of the Goat 2015 predictions for Rats forecasts that this is a year of progress and development in their professional lives. There will be promotions and financial benefits. Businessmen will face initial challenges in their new projects. Success in business and profession is ensured after hard struggle.

Rat 2015 Horoscope foretells that professional changes will have little impact on the finances of Rats. While enough income is generated, it will be prudent to avoid unnecessary expenses and save as much money as possible. Investments in capital assets will be beneficial.

Rats are natural lovers and get into relationships easily. As year of Sheep will induce sentimental disturbances, Rats should be circumspect before forging love partnerships. But this is harder said than done and cannot be expected easily from them.

2015 Chinese horoscope predictions for Rats predict that they tend to be very demanding in their romantic associations. This will cause unpleasantness with their partners. They should give their partners their space. Any flawed relationship should be terminated.

2015 Year Of The Rat Forecast For Family

Rat 2015 zodiac predictions for family affairs indicate that 2015 is an excellent year. Many pending misunderstandings between family members will be cleared. Rats have a tendency to dominate over other family members. This might result in conflicts. They are advised to be more accommodating.

Though Rats never stay in one place, Year 2015 will require them to attend to pressing problems locally and hence leisure travel is a remote possibility. They will get a chance in future to travel to a place of their choice, forecasts the Rat 2015 Horoscope. 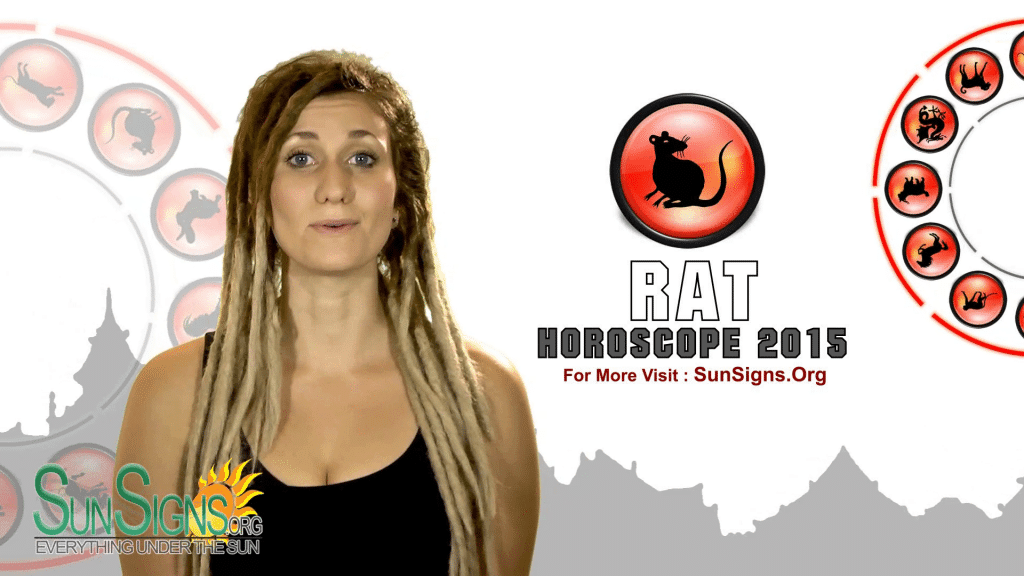 Rats tend to ignore their physical fitness in 2015 as they are busy with their projects which have to be finished expeditiously. Rat 2015 Horoscope foretells that they should pay strict attention to their diet.  You need to follow it with a good exercise routine. You should also be wary of accidents and injury to the body.

The Rat astrology sign people will need to be careful in the coming year.