The Aries monthly horoscope for January 2015 predicts that professional issues will dominate over family and domestic concerns this month. There is a need for the Arians to find equilibrium between your personal ambitions and aspirations of others. You require the help of your social contacts to succeed in life at times but there are chances to remain on your won too.

January 2015 is auspicious for the Aries zodiac sign for starting new projects and completing the existing projects.

January 2015 is an excellent period for Aries professionals with an upward movement in their careers. Expect some minor road blocks on the way. Make extra efforts to put across your views to your superiors and associates.

The 2015 Aries monthly predictions foretell an auspicious period after the first week of the month. All risky investments will yield good profits. It is time to clear old debts and spend money judiciously. 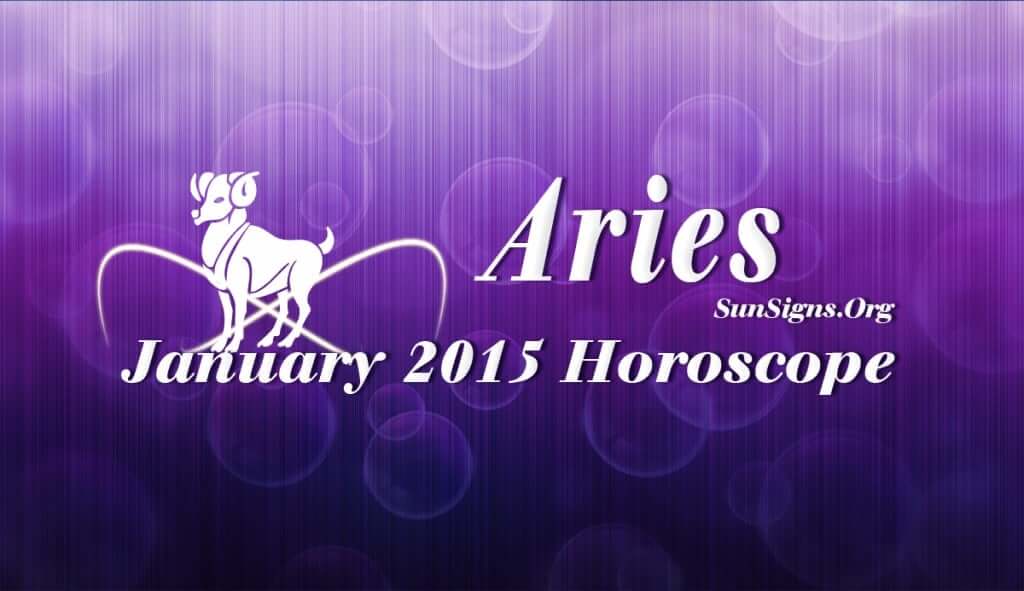 Love is positive this month in January 2015 with many opportunities to forge new relationships. There will be some turbulence in the romantic affairs and last week of the month might be problematic for the Arians. This might not be a good month to get pregnant. It is better to wait till the next month.

Family affairs will see some fights between you and your spouse. There will be problems with some close relatives during the month. You should take corrective steps to maintain harmony in the family circle. A health complication of one of the senior members of the family is likely.

Health will not pose any serious problems during the month for the Arians. Stick to your exercise and diet routines along with sufficient relaxation.

Thus the January 2015 monthly forecasts for Aries predicts a month of professional obligations rather than domestic concerns.