Virgo February 2017 Horoscope predicts that career takes a backseat while psychological aspects and domestic issues take precedence this month. Domestic environment will be highly volatile for the Virgins. Traveling should be limited due to the adverse effect of planet Mars in February 2017. You should use this period to analyze your previous career plans and formulate new methods for future execution.

The message for the Virgo zodiac sign for the month of February 2017 is clear. Personal enterprise and interest will not be profitable. Use your social capabilities to attain your goals with flexibility, and by keeping the interest of others in mind. Cooperation and collaboration are more important than self-interest and personal desires in February 2017. 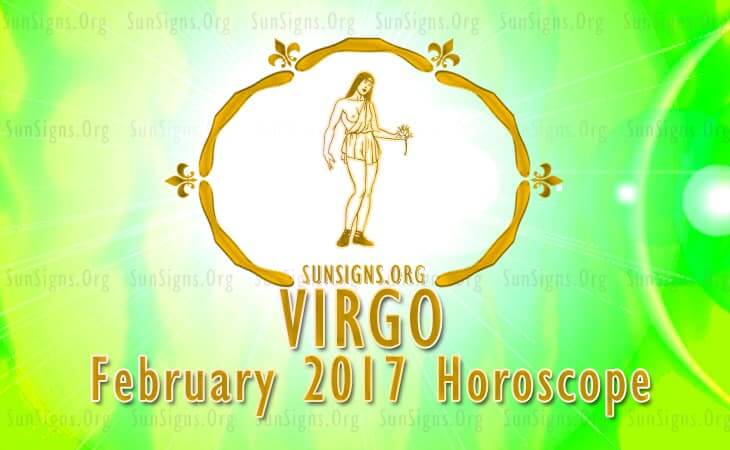 The astrology for 2017 forecasts suggests that significant changes are indicated on the career front for the Virgo personality in February 2017. And these will be in your favor. You may change your job profile or move to a new job. People seeking new jobs will be flooded with opportunities to get employed.

Planet Venus is highly beneficial this month for your finances, Virgo. Monetary situation will be fabulous. Money flow can be expected throughout the month and sometimes from unexpected sources. Financial intuition will be excellent and finances are boosted by creative ideas and novel methods of execution of the Virgo born.

The 2017 monthly horoscope predicts that single Virgins will have chances to get into love partnerships in the first week of February 2017. Opportunities for new relationships will happen suddenly.  You will be confused by the number of dating partners you are presented with. Existing marriages will flourish. You will be socially active by attending parties and community functions. This is also an excellent time to get pregnant.

The February 2017 Virgo horoscope predicts that health for the Virgo natives will be favorable for most of the month. After that sufficient rest is required to stay in shape. You can try out new methods of physical training. Your interest in health issues will be boosted by education and by attending conferences on physical fitness.

The Virgo astrology forecasts for February 2017 foretells a period of domestic bliss with excellent finances.