February 2016 Virgo Horoscope forecasts that you should keep aside your personal goals for the time being. Social skills are important and you should emphasize on the welfare of others. This is a period for flexibility and conciliation and you can accomplish your objectives with the assistance of others.

Career and professional matters will occupy the attention of the Virgins in February 2016. You should work out your strategies for the advancement of your career and eliminate unnecessary things existing in your present plan. 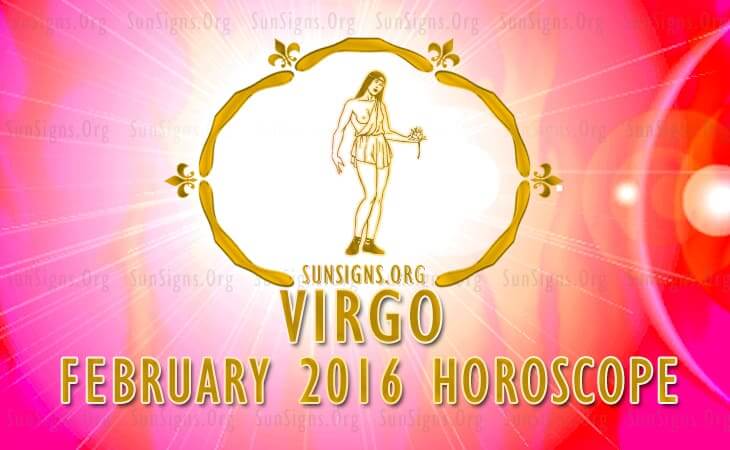 The Virgo zodiac sign will have to work extremely hard to overcome the tough competition at the work place.

Businessmen will be unduly stressed in February 2016 by extensive organizational changes.

Planet Venus is favorable during the month and your monetary situation will improve further as per the 2016 February financial astrology predictions. Money can be made in traditional ways as well as by speculative ventures. Investments in real estate and financially sound companies will give the Virgo personality enormous profits. Surplus money can be employed for cutting your debts. You should contribute towards charitable causes.

The Virgo 2016 February predictions suggest that you exercise your financial skills while you are spending or investing money. Family and traveling holidays with family will involve some expenses. Eclipse time is suitable for making corrections in your financial strategies. You should avoid making brash decisions while investing or making purchases.

Virgins will be overburdened with family obligations during February 2016. Health problems with some elder members of family will be a matter of concern. Family atmosphere will be full of difficulties.

But the February 2016 monthly Virgo forecasts also predict that singles will find romance blooming and booming. You might find your love partner while dating. Love happens unexpectedly and there will be plenty of partying and entertainment with your mate. Permanency in relationship is still a long way for the dating Virgo.

Virgo health can be enhanced in February 2016 by having pleasant relationships with family and friends. Keep a watch on your vitality after 19th. You will need to practice mental fitness exercises in order to remain alert.

To conclude, the Virgo 2016 February horoscope foretells of a month when you need to be flexible and adaptable in order to attain your goals.