February 2015 Leo Horoscope predicts that majority of the planets are located in the western sector of your birth chart. You will accomplish things in life through cooperation and flexibility. This is not the time to assert yourself and do things independently.

Planets will move to the upper half of your horoscope during the second week of the month indicating that your profession is becoming more active. You have to strike a balance between career and love. Last week of February 2015 will be a period of achievements for the Leo zodiac sign.

The February 2015 career forecast for the Lions foretells that you can go up the corporate ladder in your profession by sheer hard work. Unemployed Leos will be lucky during the last week of the month both in job and business.

The Leo financial predictions for February 2015 are bright for the month. Your social connections will come to your aid. Your intelligence in money matters will be good which will help you in paying off your existing debts. This will also help in getting new investments to finance your projects. 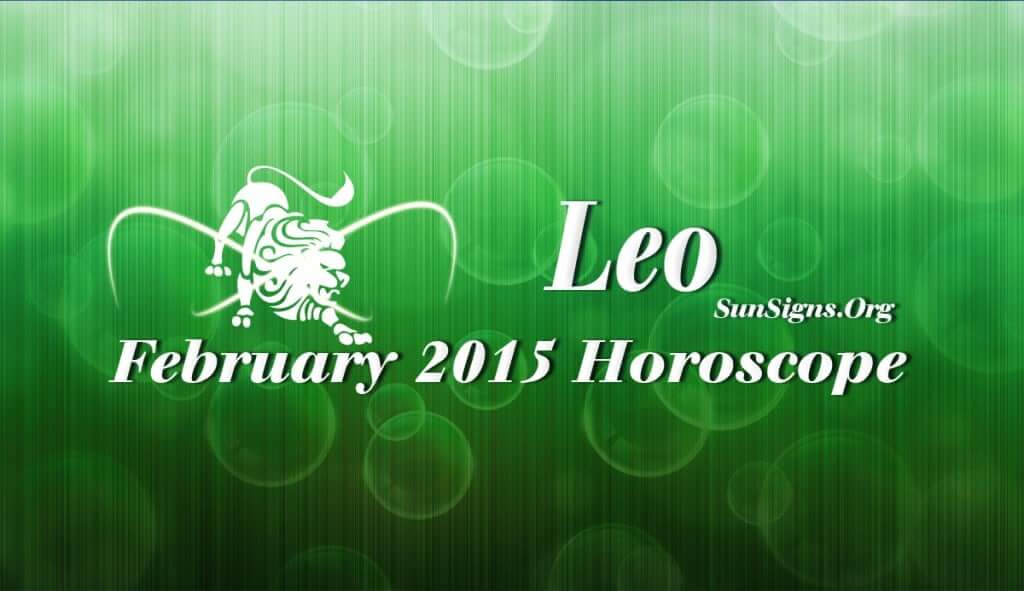 The February 2015 love horoscope for the Leos shows that romance will be blissful during the month. Sex gets physical and passionate during the latter half. Many chances to forge new partnerships will arise. Do keep these dating rules in mind if you are single! If you are married, plan a romantic get-away with your spouse. There might be some good news with respect to pregnancy or birth of a child in the family.

Domestic concerns will be highly volatile during February 2015 and you should make efforts to strengthen your mental stability. Your home will undergo major repairs.

February 2015 Leo horoscope predicts that your health does not pose any problems during the month. If you are bored with the gym, opt to do some exercises outside the gym that will not only be fun but also rewarding.