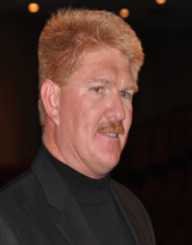 Jeff Hart is an American drill explorer who helped in the successful rescue of the trapped Chilean miners in Copiapo.

Jeff Hart was born in 1970 in Colorado. He is a professional drilling engineer. He has a wife and two sons. He lived with his family in Colorado doing exploration work in the US. After the onset of the war against the Taliban, he was deployed to Afghanistan. Hart is an expert in rock drilling in the water and oil exploration missions. In Afghanistan, he supervised the drilling of water wells for the US military. Jeff Hart was unknown outside his hometown and his work environment.

On August 5, 2010, a mining cave collapsed in Copiapo, Chile. The roof buried the entire crew of 33 miners. The Chilean authorities commenced rescue efforts for the crew who were buried 2,000 feet below the surface. Rescuers made several attempts to bring them up. Nothing seemed to work for the coordinated rescue team. The authorities were fast losing the hope of finding survivors. Rescuers drilled to provide breathing air to the men below. The rescuers scaled up in their efforts seventeen days after the accident. A miner sent a written message that all the 33 crew members were alive.

The Chilean government appealed for international help. The world responded fast. The German and Australian governments sent their rescue teams. Other European and Asian countries sent in their advisory experts. The rescue teams worked round the clock to find a solution.

In the early days of September 2010, the US-Chilean mining company Geotec Boyles requested for his help. His employer Layne Christiansen Company seconded him to Chile. On September 11, 2010, Hart started heading the rescue operations on the site. He devised three plans for the operation. The subterranean rock that sat on the cave hampered the team's rescue operation. Hart and his team had to drill at a tilted angle to avoid destabilizing the rock further. The team lost several drill bits and nozzles in the operation. Finally, on October 9, 2010, Hart and his team managed to drill a hole through the rock strata. They drilled a pilot hole of 5 inches wide. They then widened the hole with a 28-inch drill bit.

The trapped miners sent another message that they were all alive. The rescuers were working against time. The operation went into the last phase of bringing the miners to the surface. Despite the initial success, Hart encountered obstacles in the rescue. The retrieving of the miners had to be slow to avoid the caving in of the rock boulder above.

One by one, the miners emerged out the shaft. The emergence of the first miner was greeted by cheerful emotions from the crowd. The event was televised live on television screens worldwide. On October 13 201, all the trapped miners had been rescued. They were emotionally received by their families and the Chilean President Pineda. Hart left the site moments before the first miner was pulled to the surface. Like many in the world, he watched the historic event on television. He later said that he never wanted to interfere with the families’ reunion.

The Copiapo event propelled Hart to international fame. Before that, he was just a normal borehole drilling expert in Afghanistan. But on October 13 201, he became a global figure. He led a team of rescuers to bring back 33 miners back to the surface. The extraordinary mission never had any fatality. Ironically, Hart did not personally take the credit for the rescue success. He quietly went back to the drilling of boreholes in Afghanistan. He has kept a low profile since the Copiapo event.

In 2011, during the American Water Works Association meeting, Hart compared his days in Copiapo to those in Afghanistan. He said the two missions were memorable to him. One was to give water to American soldiers who protected his country. The other one was to help reunite the families of Chileans who sought his help.

In his own words, Hart never dreamed of drilling anything but water and oil. He went out of his way to perform one of the toughest operations in his life. He was in charge of 33 lives trapped in the underground cave. The rescue team took 33 days.

He did his job well and left the scene. After the rescue mission, he went back to his employer Layne Christiansen and Company. Hart still drills for water and oil.