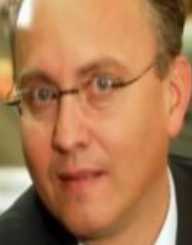 Zoran Jolevski was born on July 16, 1959. He is a Macedonian politician. He is presently the Minister of Defence for the Republic of Macedonia. Zoran is also a former diplomat. Zoran is well educated in finance and policy. He is so much inclined towards modernizing Macedonia.

Zoran Jolevski was born on July 16, 1959, in Skopje, Macedonia. He attended Saints Cyril and Methodius University where he graduated with a Bachelor’s Degree in Economics. Zoran also obtained his Master’s Degree in Science of Law from the same university. Zoran later joined Erasmus University Rotterdam in the Netherlands where he obtained his Ph.D. Zoran also holds a Ph.D. in International Economy from Saints Cyril and Methodius University. Before Zoran became a diplomat, he worked as a travel agent and a freelance tour director.

In 1988, Zoran joined the Ministry of Foreign Affairs in Macedonia. He started working as a desk officer for Germany and later on for the United Kingdom. Zoran later was appointed the secretary for the Macedonian delegation to the International Conference on Succession of the Former Yugoslavia. In 1994, he became the first secretary to the permanent mission of Macedonia to the United Nations and the World Trade Organization. He was also the vice chairman for a committee of regional and multilateral investment treaties during a United Nations conference on trade and development. In 1998, Zoran was appointed the Secretary for the WTO accession.

He held the post until 1999. When the Kosovo War started, he was appointed the Deputy National Coordinator on Humanitarian Issues for the Kosovo Refugees. In 1999, Zoran became the Secretary-General to the President of Macedonia. He held the post until 2004. Zoran played a big role in the reestablishment of diplomatic relations between Macedonia and China. In 2004, President Trajkovski died, and Zoran refused to take up the position of ambassador to becoming a professor at the European University in the Republic of Macedonia. He maintained his position as government consultant.

Zoran Jolevski married Suzana Jolevska with whom he has two children, Pero and Filip. He speaks English, French, Bulgarian and Serbo Croatian fluently.