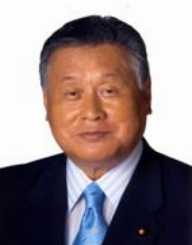 Yoshiro Mori is a Japanese politician and former prime minister of the country. Born on July 14, 1937, he served as the country’s 85th and 86th prime minister from April 5, 2000, and April 26, 2001. As the prime minister, Yoshiro Mori goofed on several occasion and exhibited several inappropriate actions of which he is being remembered for today. Even though Yoshiro Mori was an unpopular prime minister, his rule, however, had some positive attributes including making the country a strong industrial hub, by adopting several economic reforms and revolutionary fiscal policies. Miro is now the President of the Japan Rugby Football Union and the Japan-Korea Parliamentarians Union.

Yoshiro Mori was appointed in 2014 as the head of the organizing committee for the 2020 Summer Olympics. In 2004, Yoshiro Mori received the Padma Bhushan, which is India’s third highest civilian award for his contribution towards world economy and education.

Yoshiro Mori was born on July 14, 1937, in Nomi. Ishikawa to Shigeki and Kaoru Mori. His parents were a worthy farmer and had a political history as his father and grandfather once served as mayor of Neagari, Ishikawa Prefecture. At age seven, Yoshiro Mori lost his mother to a long illness so had to live with his father and a younger sister who became his surrogate mother. Yoshiro Mori received his tertiary education at the Waseda University in Tokyo. With his interest in sporting activities, he joined the rugby union club. Yoshiro Mori also joined the oratorical society where he met several great orators.

Yoshiro Mori had an interest in politics, and at age 32, he contested and won an election to the lower house during the 1969 general election. Yoshiro Mori was able to prove himself as competent and therefore was reelected on ten consecutive times. He subsequently joined the Labour Democratic Party. Yoshiro Mori found himself in trouble when he got involved in a Recruit scandal in 1980. Yoshiro Mori was said to have received shares of Recruit before they were traded publicly.

Yoshiro Mori held several important positions in the Liberal Democratic Party and rise through the ranks to become the secretary of the party. In April 2000, the then Prime Minister of Japan, KeizoObuchi suffered a stroke and needed to be replaced as he became ineffective. With this development, his cabinet member held an emergency meeting and resigned en masse.  After a broad consultation, Mori who was the secretary of the party was chosen to replace Obuchi as the Prime Minister.

Yoshiro Mori served from 2000 to 2001. Mori became unpopular with his gaffes, decisions and undiplomatic comments. Some of his popular gaffes include a joke about his campaign during the 1969 election when he stated that: "When I was greeting farmers from my car, they all went into their homes. I felt like I had AIDS." Mori resigned as Prime Minister as his ratings kept declining and were becoming unpopular by the day. Some of his appointees have also resigned due to various scandals. He official announced his decision to resign on April 6, 2001, and was finally replaced by Junichiro Koizumi as the leader of LDP and subsequently the prime minister on April 26, 2001. However, he remained a member of the House of Representatives for Ishikawa 2nd district until he decided not to contest again in 2012.

Aside from politics, Yoshiro Mori was a fan of sports especially rugby. In 2005, he was appointed the President of the Japan Rugby Football Union. He unsuccessfully attempted to gain the hosting right of the 2011 Rugby Union World Cup for Japan but was awarded to New Zealand. Furious Yoshiro Mori, then accused the Commonwealth of Nation countries of what he termed "passing the ball around their friends." He was, however, successful in lobbying for the 2019 Rugby World Cup and the 2020 Summer Olympics for Japan. Yoshiro Mori was appointed as head of the organizing committee for the 2020 Summer Olympics in Tokyo in 2014.

Yoshiro Mori is married to Cheiko Maki who was a fellow student at the Waseda University. The couple has two children, a son, Yuki Mori and a daughter Yoko Fujimoto.

Yoshiro Mori was awarded the Golden Pheasant Award, which is the highest distinction of the Scout Association of Japan in 2003. In 2004, he received the Padma Bhushan, which is India’s third highest civilian award for his contribution towards world economy and education.