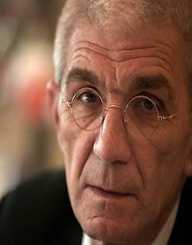 Yiannis Boutaris took charge in 2011 as mayor of Thessaloniki, the second largest city of Greece when the town was in dire straits due to financial fraud by the previous mayor. He has drastically cut the expenses of the city and boosted the fiscal status of the city. He is admired all over the world as a ‘model’ for Greece and a ‘beacon of hope.’

Yiannis Boutaris was born to Stelios Boutaris and Fanny Vlachos on June 13, 1942, in Thessaloniki. His family is in winemaking business, and Boutari winery is the oldest one in Greece.

He began his education in the elementary school at the Aristotle University of Thessaloniki and the secondary school at Anatolia College. He got his degree in Chemistry from the Aristotle University of Thessaloniki in 1965. After obtaining a degree in Oenology from the Wine Institute of Athens in 1967, he joined the winemaking business of his family.

Yiannis Boutaris was employed in the J. Boutari & Sons Wineries from 1969 to 1996. He worked in various capacities as assistant director, technical director, and managing director during his tenure. He was interested in wildlife conservation and converted a forsaken family village to wildlife sanctuary during the 1990s.

The sanctuary, Arcturos, is home to the European otter, brown bear, red deer, golden jackals, wolves, lynx and many other forms of plant and wildlife.

In 1997, Yiannis Boutaris decided to break away from the family business and start his winery. Kir-Yianni winery is located in Naoussa and Amyndeon in Northern Greece and adopted modernisation and novel techniques of farming. In 2003, he retired from his flourishing winery business and handed over the reins to his son.

He decided to plunge into politics. Yiannis wanted to make fundamental changes to the city administration and to make the financial status of the city secure. His attempts to become a mayor of the city in 2006 were unsuccessful. He wanted to project himself as a businessman-politician with socialistic leanings.

In November 2010, Yiannis Boutaris ran for the post of mayor of Thessaloniki and was elected with the support of the left-wing political party. His integrity and original ideas to transform the city administration and finances attracted the electorate. He settled the border issues with Macedonia after meeting the mayor of Bitola in May 2012. The two mayors agreed to make Thessaloniki the regional hub of education and culture.

Based on his exceptional performance, Yiannis Boutaris was re-elected mayor of Thessaloniki in 2014. He polled about 60 percent of the votes. The council sessions are televised to the public and presence of various departmental heads at the meetings is compulsory.

Yiannis Boutaris' remarkable achievement as mayor has been on the financial stability of the city. He reduced the administration costs drastically and brought down the deficit by 30 percent. He restructured the administration by rationalising the departments and reducing staff.

Yiannis Boutaris took special care to preserve the ethnical diversity of Thessaloniki. He promoted construction of mosques and prodded the Aristotle University to open a Department of Islamic studies.

Yiannis Boutaris was honoured with the winemaker of the year award in 1996 and 2003. His winery is in the business of producing genuine premium wines. He was awarded ‘The Best Mayor of the World’ citation for October 2012 by City Mayors’ Foundation of London.

In 2014, he was at the top of a list of favourite mayors prepared by the Huffington Post. He was in the list of 26 celebrated mayors nominated for The World Mayor Prize.

Yiannis Boutaris married Athina Michael, and the marriage lasted seven years. The couple separated and again got remarried. Athina died in 2007. The marriage resulted in three children, Stelios, Michalis, and Fanny. Stelios took charge from Yiannis as head of Kir-Yianni in 2003.

Yiannis was addicted to alcohol, and he got rid of the addiction after rehabilitation. Though he was in charge of the winery, he never touched wine. As mayor, he was offered a limousine for official use, but he preferred a small Fiat Panda instead.