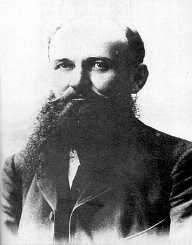 Yane Ivanov Sandanski alias Jane Ivanov Sandanski was born on May 28, 1872, in the village of Vlahi near Kresna in Ottoman Empire (present-day Bulgaria). His father Ivan Sandanski was entrusted with the authority to carry the symbolic flag of the ‘Kresna-Razlog’ revolution. The revolution was defeated in 1879 and Ivan moved to Dupnitsa, Bulgaria. Here Yane Sandanski received his elementary education. Not much is known about the education of Sandanski.

Yane Sandanski was an active member of the Revolutionary Movement in Macedonia and Thrace and gradually donned the mantle of it’s’ leader. In 1895, he joined the Supreme Macedonian-Adrianople Committee (SMAC) during an invasion of a Muslim majority area of Thrace. He spent the next five years as a SMAC activist in the Pirin region.

In 1900, Yane Sandanski came back to Dupnitsa and became a Director of the local prison. In 1901, Yane Sandanski shifted his allegiance to Internal Macedonian-Adrianople Revolutionary Organization (IMARO). His excellent work in organizing and building the organization’s network of committees in the districts of Serres and Gorna Dzhumaja in the Pirin region was recognized, and he was nicknamed ‘PirinTsar.’

Yane Sandanski is best remembered for his role in the kidnapping of American Protestant Missionary Ellen Stone and her pregnant companion Katerine Stefanova-Tsilka. The infamous incident is considered as America’s first modern hostage crisis. The crime, which took place in August 1901, was primarily targeted to extricate vast amounts of ransom money to fund the extremist activities of IMARO. After about six months of the kidnapping, the revolutionary group under the diminutive leadership of Yane Sandanski was successful in extracting a huge amount of ransom money which was equivalent to fourteen thousand Turkish gold Liras.

In 1903, Yane Sandanski actively took part in the ‘Ilinden-Preobrazhenie Uprising,’ which was a revolution aimed to oust the Ottomans. Bulgarian Origin people living in the central and south-western regions of the Monastir Vilayet division of the Ottoman Empire supported the revolution. The revolution had a deep impact on these regions. The totalitarian rule of the Ottoman Empire was denounced by Yane Sandanski and in 1908; he became a supporter of the ‘Young Turks Revolution,’ which was in favour of constitutional monarchy. This revolution was significant to the extent that it was successful in terminating the autocratic regime of the 34th Sultan, Abdul Hamid II and restored the ‘second constitutional era’ of the Ottoman Empire and reestablishment of ‘Ottoman Constitution.’

In the same year of 1908, Yane Sandanski and his fellow countryman Hristo Chernopeev founded a new party. The move came after the disintegration of the ‘IMARO’ into three different factions and the failure of his all-out effort to establish the ‘Macedonian-Adrianople Revolutionary Organization (MARO).’ Yane along with the left-wing members of the defunct ‘IMARO’ founded the new party and name it ‘Peoples’ Federation Party (Bulgarian Section). In 1909, during the removal of the Ottoman Sultan Abdul Hamid II, ‘Peoples’ Federation Party participated in the March to Istanbul led by the ‘Young Turks’ Revolutionists.

Next came the ‘Balkan Wars.’ Yane Sandanski along with the members of his party fought the war as members of the ‘Bulgarian Army.’ In 1913, the Bulgarian Government sent Yane to Tirana to negotiate with the Albanians. There was a deal brokered by Yane where it was agreed that the Bulgarian Government would supply the arms and ammunition and required troops for the Albanians. The deal led to a joint revolution involving Albanians of Western Macedonia and the ‘Internal Macedonian Revolutionary Organization,’ one of the three factions of the Macedonian liberation movement. The revolution is popularly known as ‘Ohrid-Debar Uprising.’

Soon afterwards there was a difference of opinion between Yane Sandanski and a few of the other faction leaders. An altercation between different factions in demanding autonomy and inclusion of Macedonia in the ‘Balkan Socialist Federation,’ led to a struggle among the stakeholders. It is a common belief that Sandanski was involved in the murder of vojvod Michail Daev, Boris Sarafov, and Ivan Garvanov. The centralist faction of the ‘IMARO’ pronounced a death sentence to him for these murders.

After several failed assassination attempts by the Centralists, Yane Sandanski was ultimately assassinated on April 22, 1915, near Rozhen Monastery. The power struggle among the three factions of the Macedonian liberation movement was the cause for the assassination. The native revolutionaries of ‘IMARO executed it.’

Yane Sandanski is regarded as a National Hero of the Macedonian Republic and is honoured by mentioning his name in one of the verses of their National Anthem. Again, in recognition and appreciation of his socialist views, the Sveti Vrach town was named after him in 1949. Even in Antarctica, there is a region called the East Coast of the Ioannes Paulus II Peninsula, which is named after Sandanski.