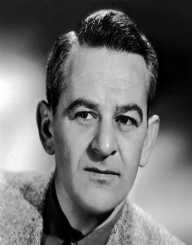 William Wyler was an American film producer and director. His exploits in the industry enabled him to win three Oscar Awards.

William Wyler was born on July 1, 1902, in Mulhouse. By the time he was born, the region was part of Germany. His parents were both Jewish. His father Leopold was of Swiss descent, while his mother Melanie was German.

His childhood was marked with disciplinary issues. Due to his indiscipline, he was expelled on several occasions. He never graduated in his studies. Wyler was introduced to the world of arts by his mother. He quickly developed a liking for opera, music, and drama. He was taken to France to study musical arts.

As the son of a businessman, William Wyler was expected to follow in the family line. He tried selling the clothing accessories in France for a while. But soon his mother discovered that his passion was not in trading.

With his mother’s help, William Wyler found his way to America in 1920. His mother had prevailed on her cousin Carl Laemmle for help. Laemmle was then heading the Universal Studios in America. In New York, he worked in several places to pay back his voyage bills.

Working at the Universal Studios offices in New York, Wyler developed a keen interest in filmmaking. He decided to relocate to Los Angeles in 1922. He was employed as a messenger and then became a script clerk. Soon he was an assistant casting director. Within two years, he had risen to become an assistant director. Wyler became the youngest director at Universal Studios. He was 23 years.

William Wyler's initial productions were the western cowboy reel films. His first short film, The Crook Buster, was done in 1925. The 24 minutes-reel movie gave him the leverage he much needed. He did other short movies before producing his first full-length movie in 1926. In 1928, he released his first non-western film, Any Body Here Seen Kelly? The continuing success in his directing attracted several top actors to his productions. Wyler did several movies at Universal Studios before leaving for collaboration with Samuel Goldwyn.

With Goldwyn, Wyler produced full-length films for almost two decades. Some of the classics are Bosworth, and These Three. Both films were created in 1936. Others were Dead End, Wuthering Heights, and The Westerner. One of his best movies was the 1942 production Mrs. Miniver.

Having served in the US army during WW2, William Wyler returned to Hollywood. He documented his war experiences in films like The Memphis Belle, and The Fighting Lady. Both productions were done in 1944

William Wyler was feted three times with awards in the film industry. His film Mrs. Miniver done in 1942, won him an Oscar as The Best Director. He won The Best Director Awards again in 1946 and 1959. The two films were The Best Years of Our Lives and Ben Hur respectively.

In 1960, he won the Best Director Award at the Golden Globe Awards with his film Ben Hur.

William Wyler got married to Margaret Sullivan in 1934. They divorced two years later in 1936. He remarried in 1938 to Margaret Tallichet. They had five children.

Due to his meticulous approach to detail, Wyler made his crew retake casts many times. This brought in conflicts with his actors but perfected his productions.

On July 27, 1981, William Wyler was no more, his last journey on earth ended in Beverly Hills California. The official cause of death was documented as cardiac arrest.

His unruly character in his childhood was a blessing in his future career. He never followed due process in his filmmaking. Wyler subjected his actors to long periods of casting. Some of them nicknamed him Once Again Wyler. It was this eccentric character that made him excel in his production career. His rise and success also made actors in his productions realize their dreams.