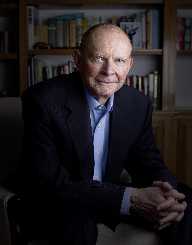 Wilbur A. Smith is a novelist who wrote historical fiction.

Wilbur Addison Smith was born on 9 January 1933 in South Africa. He was born in Broken Hill, Northern Rhodesia, now known as Kabwe, Zambia.

Wilbur Addison is the only child of rancher and sheet metal worker Herbert James Smith and wife Elfreda Smith. Wilbur also contracted cerebral malaria when he was eighteen months old, although he managed to make a full recovery.

As a child, he helped out on the ranch by herding cattle and taught to shoot with a rifle when he was eight years old.

Wilbur Addison was enrolled in the Cordwalles Preparatory School in Pietermaritzburg, KwaZulu-Natal. In Cordwalles, he was encouraged to read by his English teacher, who like his mother loved books.

After the private school, Wilbur Addison went to St. Michael’s Academy for Young Gentlemen in the Drakensberg Mountains. Wilbur started a school newspaper, despite lack of interest from the school body. Wilbur Addison wrote most of the content, except for the sports page.

He went on to study at Rhodes University, Grahamstown in Eastern Cape. In 1954, he graduated with a Bachelor of Commerce.

Discouraged by his father to become a journalist, Wilbur went to work as a chartered accountant with the Inland Revenue Service.

To fill his time, he started writing fiction and sold his first story to Argosy magazine for seventy pounds. He was encouraged to write his stories gained more acceptance.

Wilbur Addison first attempt to publish a novel The Gods First Make Mad was rejected, and Wilbur remained working in the Revenue Service. Wilbur used his parents and his life in the ranch as an inspiration for When the Lion Feeds, featuring twins Sean and Garrick Courtney.

Wilbur Addison first work was sold for an advance of two thousand pounds and an initial print run of ten thousand copies. When The Lion Feeds sold around the world except in South Africa, and Stanley Baker bought film rights.

The funds and royalties from the book allowed Wilbur to quit his day job.

After his second novel, Dark of the Sun in 1965, Wilbur returned to the Courtney Twins with The Sound of Thunder the next year.

Wilbur Addison had written fifteen books for the Courtney series, five for the Ballantyne series, and six Ancient Egypt Series. In 2005, he wrote The Triumph of the Sun. combining

The Ballantyne family with the Courtney twins, where the two meet for the first time. In 2012, Wilbur left Pan Macmillan, to move to HarperCollins, where he starts co-writing with other writers.

Five of his books are made into movies, while The Diamond Hunters also has a miniseries with the same name, and a movie named The Kingfisher Caper.

Wilbur Smith was working for his father’s cattle ranch during university days when he married his first wife, Anne.

The couple had two children together, son Shaun and daughter Christian, before ending with divorce when he was twenty- four.

Wilbur Addison second marriage to Jewel yielded another son Lawrence. The marriage ended, and he married Danielle Thomas in 1971 and adopted her son Dieter Schmidt. She died from a brain tumor in 1999. He was estranged with Dieter in 2002 over asset dispute.

Currently, he is married to Mokhiniso Rakhimova from Tadjik. They were married in 2000. The couple has no children together.

Wilbur Addison won his first writing award in the form prize for Best English Essay, given to him by his mentor in boarding school. In 2002, he was awarded the Inaugural Sports Shooting Ambassador Award, by the World Forum on the Future of Sports Shooting Activities.