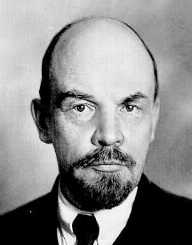 History will remain to be an obscure and most exciting thing in our lives. It reminds us of the peculiar traits of different people that changed the world. One of them is Vladimir who is commonly known as the founder of the Bolshevik Political Party and a competitive revolutionary leader. He chaired the Soviet Union. To avoid the hands of the law, Vladimir Illych Ulyanov opted to formalize his last name to Lenin.

Vladimir Lenin was also a devoted follower of Marxist ideology. His excellent leadership made him fuel the 21st-century world again. He was the type of person who believed in his regime. In his doctrine, he collectively came up with different ideologies such as ‘Marxism-Leninism.' It was the first declaration that covered radical thoughts including Maoism, Stalinism, and Trotskyism. Vladimir Lenin was a controversial commander that made use of his political skills even to the unknown.

On April 22, 1870, Vladimir Lenin was born in Simbirsk city, Russian Empire to Maria and IIlya Ulyanov who worked as a teacher. As he grew up, Lenin was seen as an intelligent little boy. He loved to play chess as well enjoying the outdoors activities. At the age of 16, IIlya his father died. There and then he started to blame God and other believers. The process made him not to believe that God existed.

After one year, his older brother, Sacha teamed up with a revolutionary group. The group's aim was for them to terminate the Russian monarch-Tsar. Unfortunately, Sacha was executed by the same government rule.

From 1887 to 1888 Vladimir Lenin went to Kazan University and joined different revolutionaries as well as political groups. He began to learn more about communism and capitalism. His concentration allowed him to understand that Marxism was the best government norm. It was until he was removed from the university due to his prodigious action. After a few days, he was accepted and graduated. He later became a promising lawyer.

As a politician enthusiast, Vladimir Lenin continued with his revolutionary work. He joined St. Petersburg and became a Marxist. From there on, he lived an awkward life of hiding from the police and unsuspected spies. Afterwards, he came up with his team called the Bolsheviks. Unfortunately, he was arrested and exiled to Siberia.

He returned in 1900 and continued with his previous regime with the help of Germans. He preached about his new Marxism plan as well as new revolution. Time passed, but he got banned from the group and got himself into the hand of law again. He spent the rest of his life in Western Europe where he planned for his next power. In the process, he learned to write communist papers.

In 1914 World War 1 began, and a multiple of Russian peasants and workingmen did not have an option but to team-up with the army. They experienced torture even when going into battle without proper training. It came to a point where Russians citizens were forced to fight without any shield. At that time Tsar ruled the Russian government. Russian soldiers were killed which made other workers to rebel against the Tsar rulership.

Another revolution occurred in 1917 in Russia. The Tsarina government was eliminated, and the Provincial government took the lead. With the support of the Germans, Vladimir Lenin managed to get back to his beloved country. He argued more about the new administration and started to impersonate it with the Tsar rulership. He aimed to create a government that is entirely ruled by its people and nothing else.

Vladimir Lenin started to make several changes in his new seat. He managed to reconcile with Germany, and the World War ended under his leadership. He divided several pieces of land where peasants lived peacefully. After several years, Lenin planned out how to eliminate other opposition parties. He managed to defeat the anti-Bolsheviks during a civil war. Anyone who happened to speak ill about his government was either exiled or killed.

Just like the Tsar rulership, Lenin forced peasants to team up with him. Not to mention he took care to make sure the soldiers are well malnourished. The beginning of the civil war deteriorated Russia’s economy, and lots of people died due to hunger and starvation. In the process, he created a War communism which meant that anyone working under his government had rights to own anything.

The soldiers took advantage of peasant’s lands and stocked food. Later on, Vladimir Lenin came up with New Economic Policy that gave a chance to capitalism and any other private ownership. Luckily Russian economy improved steadily, and that’s when he established the Soviet Union in 1922. Russia was later named as the very first communist country.

In 1898 Vladimir Lenin married his fellow revolutionist, Nadya Krupskaya. In 1900 he founded an Iskar newspaper that he managed very well. It was later announced that Lenin was shot after a murder attempt in 1918. Though he didn’t die, he suffered strokes and his life abruptly changed. On January 21, 1924, Lenin died from a stroke. He will always be remembered as Soviet Union founder. He was one of the most productive, hardworking and influential leaders of the 20th century.