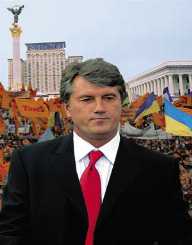 Viktor Yushchenko is a former Ukrainian president. He served his country between 2005 and 2010. Even though he helped the country through difficult political times, he lost his second term soundly.

The former president, Viktor Andriyovych Yushchenko, was born on 23rd February 1954 in Oblast Ukraine. During World War II, the German forces captured his father. He, however, returned home safe.

Both of his parents were teachers in the same school. His father was an English teacher while his mother taught physics.

Viktor Yushchenko enrolled at Ternopil Finance and Economics Institute where he graduated from the same institution in 1975.

After his graduation, he worked as a deputy chief accountant at kolkhoz. He later served at Transcaucasian Military District as a conscript.

Viktor Yushchenko's first job was as a banker in 1976. Seven years later he rose to become the Deputy Director for Agricultural Credit at the Soviet Union. Yushchenko worked as the Vice-chairman of JSC Agroindustrial Bank, Ukraine between 1993 and 1996. He took over as the National Bank of Ukraine Chairman after three years.

His most significant influence in the banking industry was the creation of Ukrainian currency. In addition to creating the money, he participated in the formation of a modern regulatory system for commercial banking.

During his term inflation hit the country.  He managed to bring it down by 10,000 percent and defended the Ukrainian currency during the 1998 Russian financial crisis.

Despite improving the economy during his term parliament led by the Communist party led a motion to impeach him to show discontent over his policies. A vote to remove him was overwhelmingly passed.

His political popularity rose steadily between 2001 and 2004. He surpassed President Leonid Kuchma by almost 4 %.

Viktor Yushchenko announced his ambitions of running for the top seat in 2004 after the end of President Kuchma's term as an independent candidate. Since the government of the day had blocked significant TV channels from providing equal coverage, Yushchenko opted to approach the people directly.

During the campaigns, his rivals accused him of being a Nazi. He refuted this fact by reaching to the Jewish community during campaigns. During World War II, his mother hid three Jews in her house.

He obtained 39.87% against his opponent who scored 39.32% in the first round of the presidential election.

The 50% rule forced a runoff which was held on 21st November 2004. Even though the results had many irregularities, Yushchenko lost the race by a margin of 3 percent.

The announcement of the final result prompted his supporters to stage demonstrations on the streets. After 13 days of unrest in Ukraine, the Supreme Court overturned the result and ordered for reelection. Viktor Yushchenko won the re-election by 52% against his opponent.

He inaugurated into office on 23rd January 2005.

In 2004, Viktor Yushchenko became seriously ill in a condition that is believed to be food poisoning. He claimed the government agents had been ordered to take his life.

His face disfigured as a result of the illness. Many however questioned the medical report insinuating food poisoning as the cause of his infection.

Viktor Yushchenko dismissed and appointed executive officers of different levels in the first 100 days of his term. In addition, he also appointed Yulia Tymoshenko as the country’s prime minister.

He fired multiple top government officials including the prime minister on 8th September 2005 on corruption allegations.

His downfall began when he signed an order attempting to dissolve parliament. In an attempt to overturn the president’s direction, parliament appealed against the directive in the Supreme Court. His term came to an end in 2010.

The former president, Viktor Yushchenko, tied the knot with Svitlana Ivanivna. The pair has children and several grandchildren.