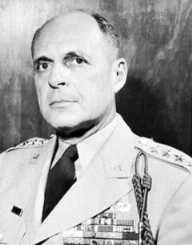 Trygve Lie was born in July 1896 in Oslo, Norway. He was born to Martin Lie and Hulda Lie. He was brought up alongside one sibling. In 1916, he joined the Labour party. In 1919, he was honored at the University of Oslo with a degree in Law. He later became the national secretary for the Labour party. He thereafter became the editor in chief Norwegian Labour Party’s periodical ‘Det 20de Aarhundre’ renowned as ‘The 20th century’.

In 1945, he was key member of the delegation from Norway at the United Nations conference. In 1946, following elections, he became the first United Nations, Secretary General. In 1947, he began by calming down the chaos caused by the proclamation of Israel. In 1948, he acted as a mediator between Indian and Pakistan over Kashmir’s conflict. In 1950, he launched a 20-year peace program. In 1952, he resigned from the post. He also in his career served as the Oslo and Akershus County Governor.

In 1966, he was honored with ‘Medal for Outstanding Civic Service’ a highest civilian honor in Norway.

In 1921, he tied a knot with Hjørdis Jørgensen with whom they had three children. He died on December 30, 1968, of heart attack at Geilo, Norway. He died at the age of Seventy-Two.