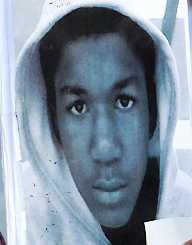 At seventeen years old, Trayvon Martin was killed in Florida town by a neighborhood watchman; George Zimmerman in 2012. Five years down the line, his name is still vivid to the public eye. His past has become a social symbol of justice. He was still in his teenage years when he met his death. But why is Trayvon Martin still an icon? And how did his death spark a national controversy? Read further to understand more.

On February 5, 1995, Trayvon Martin Benjamin was born in Miami, Florida in the United States to Tracy Martin and Sybrina Fulton. Martin joined a Michael M. Krop public school in Miami Gardens. His parents introduced him to different games while he was still in his teenage life. Before joining Krop School, Martin attended Carol City High where he took an English honors class. Trayvon wanted to study aviation and later become a pilot. However, he started to break school rules that forced him to stay several times at home due to suspension.

In the mid of February 2012, Martin went to visit his father in Florida due to his third suspension at school. The Florida state had a bad reputation for theft. For this reason, the residents came up with a neighborhood watch where they selected several coordinators. Their work was to instill peace in the community as well as alarming others of invalid intruders. George Zimmerman was one of the program coordinators. His work was to patrol the Florida streets with his licensed firearm.

In between August 2011 and February 2012, George’s work was applauded buy they police since he seemed to have spotted several crimes and individuals. According to sources, Zimmerman suspected black males in one of Florida’s state.

Before the end of February 26, George saw Trayvon where he went out to buy an iced tea and Skittles. From his Suburban Utility Vehicle, Zimmerman reported that he had spotted a “questionable guy,” Trayvon who started to run when he saw George’s vehicle. Zimmerman was commanded not to get out of the car but follow Martin in a steady and sure pace. His nonobservance nature allowed him to do the opposite.

Released video footage illustrated that Trayvon showed no signs of aggressiveness. In other sources, it was revealed that he started to run when he noticed that someone was following him from behind. They later encountered each other, and the situation remains to be a mystery to date. It was revealed that someone called for help in a short time. Little did his father know that it was his son’s last day to breathe. The havoc ended when Zimmerman shot the unarmed lad in the chest. He signed off from the world just a few meters yards from where he was staying.

Trial And Arrest Of George Zimmerman

An armed officer arrived late in the evening when he found Martin bleeding and dead. He was taken into custody and was later released with no charges. Zimmerman claimed that he shot Martin due to self-defense. Trayvon’s father found about his son’s death when he went to report about a missing person at the Miami Police Department. It was here that both of his parents came up with a change document that allowed the community to sign and place Zimmerman under arrest. From there the case turned into a national story. President Barack Obama also took his part where he called for more investigation.

On April 11, 2012, George was arrested for second-degree murder. Due to public attention, the case was highly charged. George was then charged with domestic assault among others.

The Rise Of Trayvon’s Foundation

Before the end of 2012, The Trayvon Martin Foundation was launched. The foundation aimed to create awareness about the consequences of family’s disputes. Martin’s parents launched a memoir titled Rest in Power that deeply explains the unfolding life of Martin. Gone was the young man who had hoped to become a pilot. He knew that he would once come to restore his dignity and fame. He was a tidy and tiny figure who had tons of years to live and share his simplicity with others. But such was a young man who had once lived in our midst.