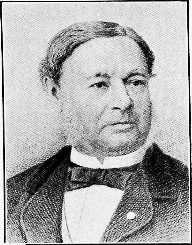 Theodor Schwann was born on December 7, 1810, in one of the largest cities in Germany, Neuss. His father was a goldsmith but later became a publisher. He was the fourth son of his parents. Theodor attended the Jesuit college in Cologne- Tricoronatum. In 1829, Schwann began studying medicine and natural sciences at the University of Bonn. There he met the physiologist Johannes Müller, who later became the leading physiologist in Europe.

In 1831, Schwann began his clinical training in Wurzburg and later moved to Berlin to become a doctoral student under Müller. In 1934, he gained his MD and became research assistant for Müller.

While working for Müller, Theodor Schwann developed his most valuable projects. While Müller was working on his physiology book, Schwann began assisting him in several experiments. Schwann developed his principal interest in nerve and muscular tissues. During this time, he discovered the cells that envelope nerve fibers, now called the Schwann cells in his honor. Schwann also found the striated muscular tissue in the upper parts of the esophagus and began researching the physiology of muscle contractions. One of his most significant achievements was the discovery of digestion enzyme pepsin.

In 1839, Schwann became the chair of anatomy at the Catholic University of Leuven in Belgium. During this time, however, he did not produce significant scientific discoveries, except for a paper on the importance of bile. In 1848, he transferred to the University of Liege in Belgium, where he continuously followed the newest advances in anatomy and physiology.

One of the most significant discoveries by Theodor Schwann was the cell theory or cell doctrine. In 1937, he was discussing the subject of forming of new plant cells with Matthias Jakob Schleiden and realized the importance of his previous observations. Schwann developed the theory which became the doctrine of biology: “All living things are composed of cells and cell products.” He also established the principles of embryology, and his observations became the foundation of modern histology.

Schwann also became interested in vitalism and began to work on the physicochemical explanation of life. Schwann started to experimenting with yeast and fermentation. He inspired the work of Pasteur, who later confirmed and proved Schwann’s observations. He is believed to have inspired the germ theory of Pasteur and Lister’s applications of this theory to antisepsis.

In 1845, Theodor Schwann was awarded the Copley Medal from the Royal Society for his work on cell biology. While he was working at the University of Liege, Schwann invented a portable closed system breathing apparatus for miners. In his later years, Schwann became more concerned about religious ideas.

Theodor Schwann was never married and lived a very simple life. He was never involved in any scandals or controversies neither his private or work life. He retired from the job in 1880. Schwann died in 1882 in Cologne, Germany, while visiting his sister.