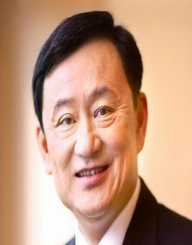 Thaksin Shinawatra is a politician, entrepreneur and the formal police officer and the former Prime Minister of Thailand. Born on July 26, 1949, Thaksin Shinawatra is the founder of the mobile phone operator Advanced Info Service and the IT and telecommunications firm Shin Corporation. His businesses have made him one of the richest people in Thailand. Thaksin Shinawatra entered politics in 1994 and 1998 formed the Thai Rak Thai Party (TRT). Thaksin became the prime minister after the party had a landslide victory in the January 2001 elections and served until 2006.

Thaksin Shinawatra became the first democratically elected prime minister of the country. During his tenure, he initiated programs to reduce poverty, bridge the infrastructural jab, promote healthcare, enhanced small and medium scale enterprises and waged war on drugs. The war on drugs resulted in more than 2,500 death. Thaksin also used a strong force on the separatist insurgency in the Muslim southern provinces.

Thaksin Shinawatra came under strong criticism and pressure from the group People’s Alliance for Democracy after he sold more than a billion dollar of his corporation’s shares to foreign investors without paying taxes. The group accused him of abuse of power, corruption, and acts of autocratic rule and launched a nationwide protest against his government.

On September 19, 2006, Thaksin Shinawatra was overthrown in a military coup and his being barred in the country forcing him to go into a self-imposed exile. Thaksin Shinawatra also handed a two-year jail term in absentia for abuse of power.

Thaksin Shinawatra was born on July 26, 1949, in San Kamphaeng, Chiang Mai province to Loet Shinawatra and Yendi Ramingwong. His father was a successful politician and businessman who became an MP for Chiang Mai and a deputy leader of the Liberal Party, now defunct. His investments made the family one of the richest in Chiang Mai even before the birth of Thaksin Shinawatra.

Thaksin Shinawatra was educated at Monfort College at 15. Just a year after, he assisted his father in run one of his cinemas. After graduating from Monfort, Thaksin Shinawatra joined the 10th class of the Armed Forces Academies Preparatory School. He later gained admission to the Thai Police Cadet Academy where graduated in 1973.

Thaksin Shinawatra was married to Potjaman Damapong in July 1976.  The couple was blessed with three children a son, Panthongtae and two daughters Pintongtha and Peathontarn. The couple divorced in 2008.

After graduating from the Police Academy, Thaksin Shinawatra joined the Royal Thai Police. In 1975, he received master’s degree in Criminal Justice from the Eastern Kentucky University in the United States of America. In 1978, Thaksin Shinawatra had his doctorate in criminal justice at Sam Houston State University in Huntsville, Texas. Thaksin assumed the position of Deputy Superintendent of the Policy and Planning Sub-division, General Staff Division, Metropolitan Police Bureau after returning to Thailand. Thaksin Shinawatra held that position until 1987 when he resigned from the police at the rank of a lieutenant colonel.

Thaksin Shinawatra then established ICSI in 1982. With this, he used his contacts in the police to lease computers to government agencies. Thaksin Shinawatra also ventured security systems (SOS) and public bus radio services (Bus Sound), which was also not successful.

Thaksin Shinawatra then established Advanced Info Service (AIS) in 1986 as a computer rental venture. A year after Thaksin Shinawatra went into the entertainment industry by marketing the romance drama, Baan Sai Thong, which was successful in theatres. Thaksin Shinawatra had moderate success after joining Pacific Telesis to run and market the PacLink pager service.

He then moved on to form the data networking service, Shinawatra DataCom, currently known as Advanced Data Network under the Advance Info Service and TOT. He then brought his many of his business under one umbrella, Shin Corp. Under the AIS, Thaksin Shinawatra gained a monopoly contract in1986, through his military contacts and operated under GSM 900 frequency. This helped the company to grow at a faster pace to become Thailand’s largest mobile phone operator.

He also founded Thaksin ShinawatraSatellite in 1990 and Thaksin ShinawatraUniversity in Pathum Thani in 1999. The following year, he acquired iTV television station from the Siam Commercial Bank, Crown Property Bureau, and Nation Multimedia Group.

Thaksin Shinawatra went into politics through Chamlong Simuang, the leader of the Palang Dharma Party (PDP) in 1994. In December, that same year, he replaced Prasong Soonsiri as the Foreign Minister.

However, along with other MP’s, Thaksin Shinawatra left the party in 1996 and founded the Thai Rak Thai party (TRK) in 1998. The party contested in the 2001 election and had a landslide victory with Thaksin Shinawatra being elected as the prime minister. This made him the first prime minister to be democratically elected and would become the first to serve a full term in office. During his tenure, Thaksin Shinawatra introduced policies to alleviate poverty, of which he achieved considerable success by reducing the poverty level by half within four years.

Other policies included the introduction of the universal healthcare program, waging war on drug use, and investment into infrastructural developments. Despite all these initiatives, the public sector debt fell from 57% of GDP in January 2001 to 41% GDP in September 2006. In 2005, Thaksin Shinawatra was re-elected into office and the TKT had a landslide victory winning 374 out of 500 seats in Parliament. But a military coup was just a year away.

Thaksin Shinawatra administration faced several accusations including corruption, conflicts of interest, acting non-diplomatically and treason. Thaksin Shinawatra was accused of selling state corporations to foreign investors and tax evasion. This led to a max protest by the People’s Alliance for Democracy in 2006. It was followed by a military coup, which called itself the Council for National Security on September 19, 2006, which ousted the TRT government. The party was dissolved and banned by the Constitutional Tribunal for electoral fraud ex-post factor. Thaksin Shinawatra and other executives of the party also received a five-year ban.

Thaksin Shinawatra and his family had their assets amounting 76 billion baht ($2.2 billion) frozen by the Council for National Security. The military regime claimed he and his family gained most of their wealth during his time in office. According to them, the Thaksin family declared an asset of 15.1 billion baht when assuming office in 2001. Thaksin Shinawatra left the country to a self-imposed exile after the military takeover.

In October 2008, Thaksin Shinawatra was sentenced to two-years in prison in absentia by the Supreme Court of Thailand after being found guilty of conflict of interest. The Supreme Court also seized about 46 billion baht of Thaksin Shinawatra's frozen assets for being guilty of abnormal wealth on February 26, 2010. The government in 2009 had already revoked his passport. However, Thaksin Shinawatra gained a Montenegro in citizenship in 2009 through the country’s economic citizenship program. Thaksin still funds some political parties in Thailand.