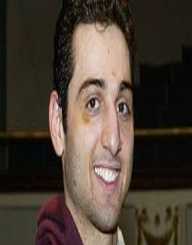 Tamerlan Tsarnaev was a Russian born terrorist who along with his brother was responsible for the Boston Marathon bombings in 2012. He sustained several gunshots that led to his death four days after committing the act.

Tamerlan Tsarnaev was born in Kalmykia, Russia on 21st October 1986. His parents were Anzor Tsarnaev and Zubeidat Tsarnaeva. He had one brother who would later be his partner in crime. The family lived in Kyrgyzstan when Tsarnaev and his brother were toddlers. They later moved to Makhachkala in Russia.

The family later left for the U.S., Tsarnaev was however left behind in the care of his uncle. He joined his family two years later in Cambridge Norfolk where they had settled.

Tamerlan Tsarnaev was a lover of boxing; he registered in the Amateur boxing organization where he became an active member.

His parents claimed that after he started participating in boxing, Tsarnaev began doing odd jobs and was deeply religious particularly Islam.

In 2009, he found himself on the wrong side of the law when was arrested for insulting his girlfriend. He was however released a few days later after charges against him were dropped.

Tamerlan Tsarnaev married Russell on 21st June 2010 at a secret wedding that had only two participants. The couple lived in Cambridge together with Tsarnaev's younger brother. The two had one daughter together.

Tamerlan Tsarnaev joined Cambridge Rindge and Latin School shortly after his arrival to the U.S.  He was later denied admission into the University of Massachusetts Boston. He then enrolled in Bunker Hill Community College as a part-time student. Tsarnaev's dream was to be an engineer. He later dropped out of school to concentrate on his boxing ambitions.

He confronted his sister's boyfriend in 2007 injuring his face. Tsarnaev is said to have been overprotective to his sister and never wanted her to date non-Muslims. In 2008, he became a devout Muslim, and he began to attend the Islamic Society of Boston, a mosque in Cambridge.

He visited Russia in 2012 where he spent time with his father before returning to the U.S. It was after his return when he created a YouTube channel where he uploaded terrorism-related content in it.

Two bombs were detonated at the finish line of the Boston Marathon on 15th April 2013. The bombs exploded simultaneously in one second. Three people lost their lives while more than 170 were seriously injured. After the act, Tsarnaev and his brother were involved in the death of Sean Collier, a police officer.

The police launched a manhunt for the two, and in the process of escaping, they carjacked a car holding the owner hostage.

After a long chase in the wee hours of 19th April 2013, Tamerlan Tsarnaev was shot by police officers. He died on the spot. His brother was later captured in a private property in Watertown, the same day Tsarnaev had been killed.

His parents still maintain the innocence of their child. His mother claimed that America took away her child's life for no wrongdoing. The Boston imam condemned the terrorist act and distanced himself from it. He went further to decline to give Tsarnaev a proper Muslim send off.

His body was buried in a Muslim cemetery at Al-Barzakh in a secret burial.