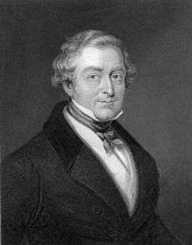 Sir Charles Trevelyan, 1st Baronet was born on April 2, 1807. He was a British Colonial administrator. He was also a civil servant. He is known as the father of the modern British Civil Service.

In 1826, Sir Charles Trevelyan started his career as a writer for the East India Company when he was posted at the Delhi Office of the Bengal Civil Service. In 1827, he became an assistant to Sir Charles Theophilus Metcafe who was the Commissioner of Delhi. He also served as the guardian for Mandhu Singh, King of Bharatpur. In 1831, he moved to Calcutta where he became the deputy secretary to the government in the Political Department. He worked very hard to promote education in India. His efforts led to the British Government allowing Indian students to be taught European literature and science.

In 1838, Sir Charles Trevelyan, 1st Baronet came up with a report titled ‘On the Education of the People of India’. In the same year, he served as a secretary to the Sudder Board of Revenue. In 1840, after returning to England, he became the assistant Secretary to Her Majesty’s Treasury. During his administration, Ireland faced the Great Famine which he penned a book about titled ‘The Irish Crisis’. He did nothing to help the situation in Ireland. In 1846, he shut down the Peelite Relief Program with the aim of making the poor self dependent. The Irish famine spread to Scotland hence becoming a crisis.

In 1851, Sir Charles Trevelyan and Sir John McNeill established the Highland and Island Emigration Society to sponsor the emigration of five thousand Scots to Australia. In 1853, he developed a new system of admission into the civil service which was inclusive of everyone. He set up the system in his report titled ‘The Organization of the Permanent Civil Service’. In 1858, he was appointed the Governor of Madras Presidency. In 1862, he returned to India where he was appointed as a finance Minister, a post he held up to 1865. In 1865, he returned to England where he engaged himself in charitable enterprises.

In 1848, Sir Charles Trevelyan, 1st Baronet was appointed the KCB of the Order of Bath. In 1874, a baronet was created for him.