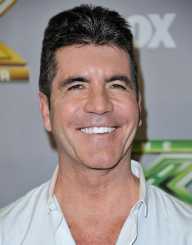 Simon Cowell’s sarcastic behavior started during his teenage years. He was on and off in school due to his second-rate conduct. In all, this is what made him be who he is right now. A famous judge who is widely known for his insults and biting remarks. Simon is also a wealthy entrepreneur and a TV personality. But he rose to fame when he appeared in several reality shows such as American Idol, Pop Idol, and The X Factor. Simon founded a music production house called Syco which later fabricated the Got Talent show in the U. S and U.K.

On October 7, 1959, Simon Cowell was born in London, the United Kingdom to a ballet dancer, Julie Bret and property agent, Eric Cowell. Simon joined Radlett Preparatory school, but he hated the school rules which made him befriend transfers. He later joined Dover College, but he dropped out halfway. He concentrated more on his music and films instead of education. His father tried his best to find several vacancies for his son without success. After a few years, Eric landed for him a running job at The Shining movies film. Simon tried his best, but all broke loose when he was fired due to his ill behavior.

After a few downfalls, Simon’s father got a job for him. He served at an EMI Music Publication. His love for television and music grew stronger that he became an assistant to A and R executive in 1979. Simon later left in 1980 where he created E and S Music in partnership with his previous manager of the EMI Company. But they separated later on.
In partnership with Iain, Burton Simon founded the Fanfare Records in 1985.He managed to produce songs like Toyboy and so macho. In 1989 Simon closed the company where he was forced to return to his native land. He went to stay with his parents for a while.

Cowell was offered a chance to work at The New Musical Company called BMG in 1989.His work entailed out-riding for different talents as well as finding new and rising artists. His work was praised where he established remarkable artists such as Jerome and Robson. He climbed the ladder when he served as one of the judges at Pop Idol competition in 2001.

In 2002 Simon and Sony Music Entertainment founded a Syco Entertainment. They dealt with digital and television content as well as music. In fact, it became the producer of the Got Talent and The X Factor commercial. He was later chosen as one of the American Idol judges in collaboration with Randy Jackson and Paula Abdul.

In 2006 they Got Talent franchise gave birth to Americas Got Talent which opened ways to any talent such as magicians, comedians, and instrumentalists.

Simon was recognized with a Special Recognition Award in 2008, and BAFTA Special Award in 2011.When it comes to his own life, Simon is somewhat a bachelor. I mean he hasn’t married yet, and he is not planning to do so soon. He has dated several women such as Sinitta, Danni Minogue, and Mezhgan Hussainy. He then dated his longtime girlfriend, Lauren Silverman with whom he had a son called Eric Cowell in 2014. Cowell comes with a noble heart which allows him to support several charities such as the Association of Children’s Hospices.