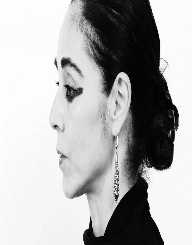 Shirin Neshat is an Iranian visual artist based in New York City, United States of America. Born on March 26, 1957, she is best known for film, video and photography works. Works of Neshat are primarily based in between the Islam and Western-style, masculinity, femininity and modernity. Others are in public and private life, antiquity and bridging the gap between the all the mentioned subjects. Her top-notch works have won her several awards internationally, including the XLVIII Venice Biennale, Silver Lion for best director at the 66th Venice Film Festival among others.

Shirin Neshat was born on March 26, 1957, and grew up in the religious town of Qazvin in northwestern Iran. Born of a wealthy family of Muslims, with her father being a physician and mother a homeworker, Neshat was the fourth child of five to her parents. Growing up, her maternal grandmother taught her with the traditional religious values. Commenting on her parent adopting the western style of life, Neshat said her father"fantasised about the west, romanticised the West, and slowly rejected all of his own values; both her parents did. What happened, I think, was that their identity slowly dissolved, they exchanged it for comfort. It served their class”.

Accordingly, her father embraced other forms of western ideologies, including, western feminism. In the regard, Neshat received her education in a Catholic boarding I Tehran. Her father urged all his daughters to learn, task risk, individualism and gave them a good education to meet these demands. Neshat continued her education at UC Berkeley, where she studied art in 1975. She received her BA, MA, and MFA there and left finally graduated in 1983.

After her education, Shirin Neshat left for New York City, where she would meet her future husband, owner of a Storefront for Art and Architecture. She dedicated a decade of her life working with him at the storefront where she also picked up some skills. Working there, she encountered philosophers, artists, and architects among other professionals. Throughout this period, she did not try her hands on any serious artwork, and even those she did were later destroyed. This was because she found the New York art scene as very intimidating and works she did, could not meet that level at the time. However, being exposed to other artist made her take an in-depth assessment about herself and what she wants to create as an artist.

Shirin Neshat is quoted as “those ten years I made practically no art, and the art I did make I was dissatisfied with and eventually destroyed.” Shirin Neshat returned to Iran in 1990 after almost two decades of leaving the country, and she describes what she saw as “one of the most shocking experience, she has ever had.” She stated the “The difference between what I had remembered from the Iranian culture and what I was witnessing was enormous. The change was both frightening and exciting; I had never been in a country that was so ideologically based. Most noticeable, of course, was the change in people's physical appearance and public behavior. "In 1993, she decided to kick-start her career in art beginning with her photographs.

Deciding on taking arts seriously, Shirin Neshat started creating photographs, and some of her foremost works are Unveiling, 1993 and the series of Women in Allah from 1993 to 1997. The photographs explore the idea of femininity in accordance to Islamic fundamentalism and militancy in Iran. With the inconsistency of the culture, she was witnessing in Iran at the time as compared to her childhood days was enough motivation to start the Women of Allah series.

Shirin Neshat’s arts are primarily based on the social, cultural and religious codes of Muslims and its disparity between men and women. It also sought to deliberate on the social, political and physiological proportions of women's experience in contemporary Islamic societies. She explored Persian poetry and calligraphy to examine concepts like martyrdom, the space of exile, the issues of identity and femininity.

Shirin Neshat created the work, Logic of the Birds in collaboration with singer Sussan Deyhim and produced by curator and art historian RoseLee Goldberg from 2001 to 2002. She premiered Logic Bird at the Lincoln Centre Summer Festival in 2002 and taken on tour to the Walker Art Institute in Minneapolis and the Artangel in London. With the influence of Iranian film director, Abbas Kiarostami, Neshat ventured into directing and has since worked on videos likeAnchorage (1996), Shadow under the Web (1997), Turbulent (1998), Rapture (1999) and Soliloquy (1999). She won the XLVIII Venice Biennale award in 1999 with Turbulent and Rapture, and that gained his international recognition. She then worked on Games of Desire, comprising a video and still-photographywas also shown at the Gladstone Gallery in Brussels and later at the Galerie Jérôme de Noirmont.

Shirin Neshat directed Women Without Men set on a novel of Shahrnush Parsipur. This won her the Silver Lion for best director at the 66th Venice Film Festival in 2009. In protest of the 2009 Iranian presidential election, she partook in a three-day hunger strike at the United Nations Headquarters in New York in 2009.

Shirin  Neshat has some books to her credit including, Women of Allah, Two Installations, Shiren Neshat, I Know Something about Love and Shirin Neshat: Toba